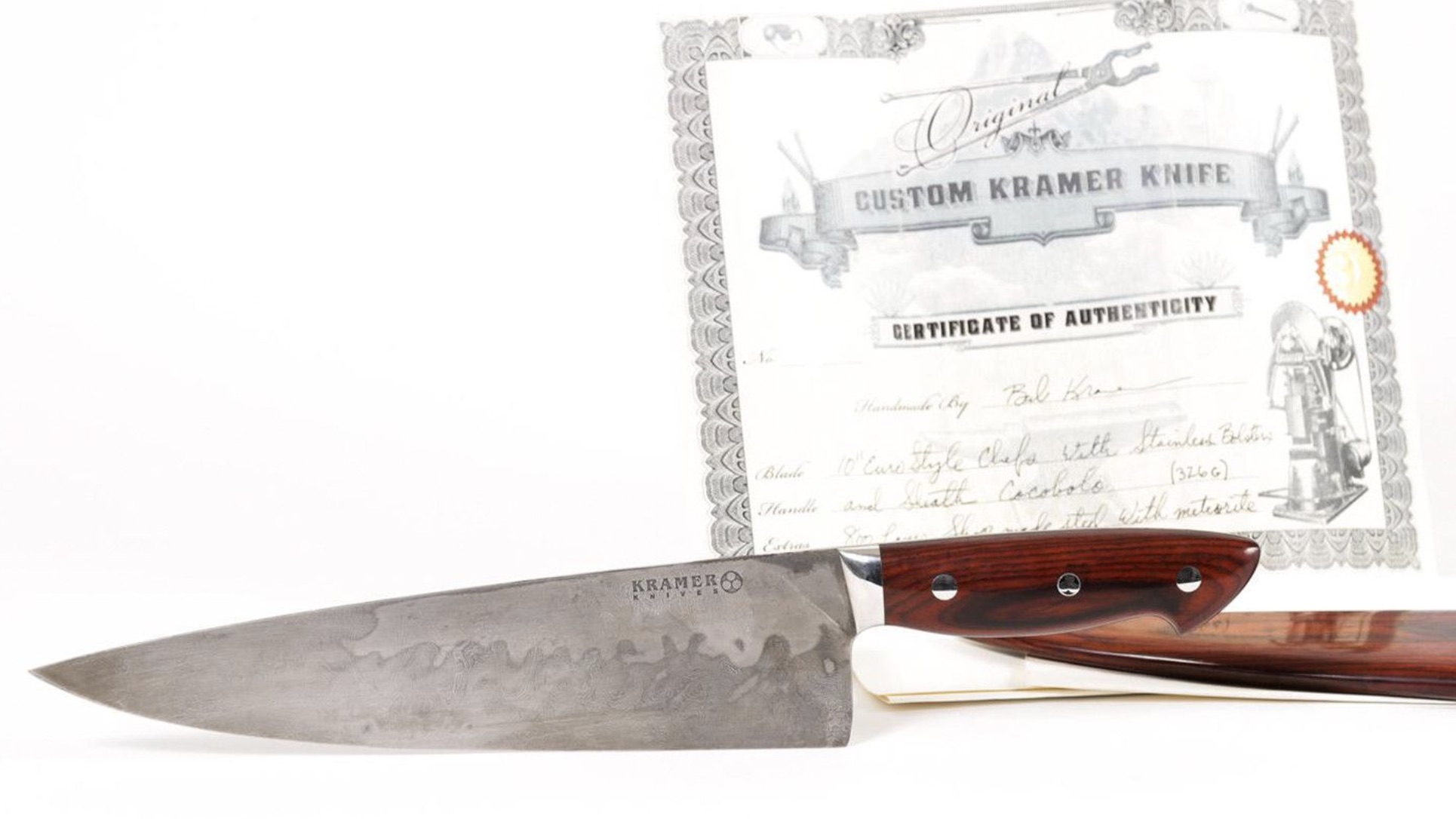 Anthony Bourdain was the kind of guy who got under your skin … in a good way. His enthusiasm was infectious, about what he was eating, about the people he was with, and about the places he visited.

Once, it was about a knife he waited two years to buy from Master Bladesmith, Bob Kramer, which you’ll read about in “Anthony Bourdain, a Legendary Knife, an Auction, and a Love Story” by Sarah Rense on Esquire.com.

Imagine a meteorite burning up the atmosphere, Kramer councils me as he talks about his meteorite steel knives. Imagine seeing it streak through the sky, out of sight, and then hearing its sonic boom. Imagine finding that meteorite and feelings its magic. Kramer talks of Indonesian empus, craftsmen who forged rippling kris daggers from meteorites for young men coming of age, imbibing them with spiritual power. Indigenous metalworkers in the Northwest Coast made fighting daggers to tie around their wrists and do battle, the first of which was forged by a woman from meteorite, or so the story goes. “But it’s legend. That’s not true. None of them that they’ve found actually have meteorite in them,” Kramer says. “But it’s a great story. I love it.”

We don’t know if Bourdain used his custom Kramer knife to chop up carrots and slice raw chicken, but he imbibed the meteor knife—crafted on a backbone of mythology that he, a lover of tales, would certainly have lapped up—with his own mythology. Bourdain: cultural chronicler of the food world, inspiration to aspiring chefs and old friends and everyone in between, owner of an extremely cool knife.

The knife is at auction with Bourdain’s other possessions. The high bid, according to Equire.com was $50,000 and could change. We’ll see who will walk away with this chef knife. It’s impossible to say whether it will ever be as loved as it was by Bourdain himself.