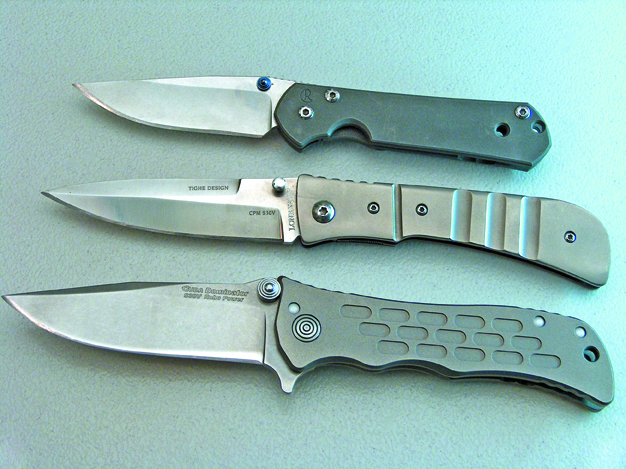 The Truth About Aging Steel (Part 1)

Testing reveals that the older some knives are, the better they cut. 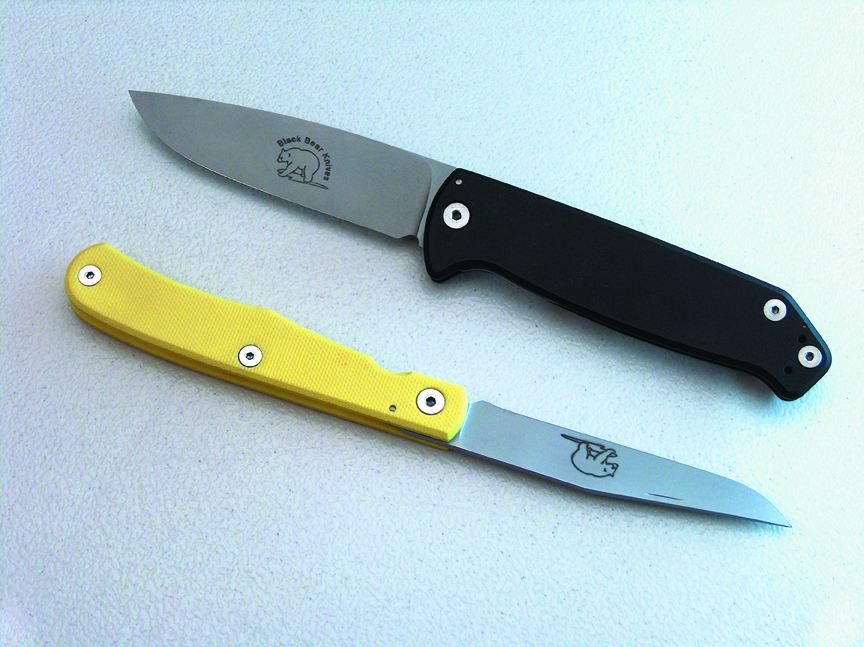 The individual nature of each knife user seems to be the only common ground (in itself a contradiction). The “because he said so” standard becomes a repeated assertion of judgment. When sufficient numbers repeat that same assertion, it can become accepted as fact, even if less-repeated authorities claim something different based on experience. 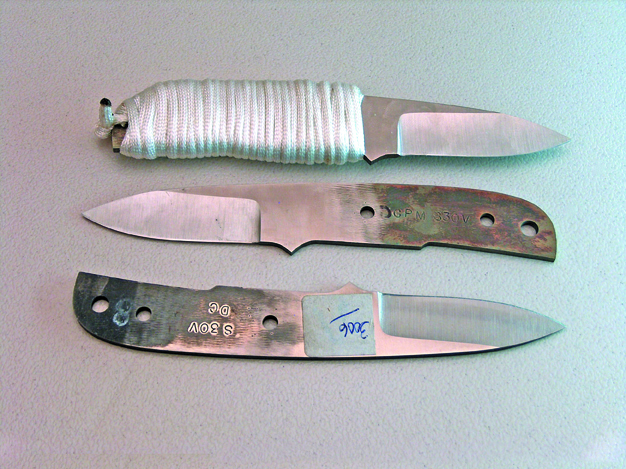 These three experimental Dozier K-6 fixed blades made in S30V steel were phenomenal from the start.

When S30V stainless steel was introduced by Crucible Industries as the first stainless steel created specifically for cutlery use, it was universally hailed as a breakthrough. Chris Reeve is internationally recognized for consistent quality and precision in the production of his knives. Reeve replaced BG42 steel with S30V steel for use in his folders and was instrumental in working with Crucible to develop the new steel. In 2004, when I bought my S30V-bladed Small Sebenza, I held the opinion that if any knife maker deserved to have an untested endorsement of a blade steel, it would be Chris Reeve.

This assorted selection of knives has blades with Rockwell hardness ratings ranging from 57 to 64. Edge geometries and blade grinds vary significantly. The downside to these differences is that cutting performance can vary for reasons that are not always obvious. The upside is that testing a wide range of applications is a good way to learn the full range of capabilities of a cutlery steel.

Knife making legend Bob Loveless stated in a telephone conversation that all knives don’t cut the same. This is true concerning my of S30V knives, despite the fact that they are made of the same steel alloy. Seven of my initial 11 knives accomplished 200 to 230 cuts of 1/2-inch manila rope, using only the first inch of blade after they were sharpened to the same 20-degree-edge bevel angle using a Lansky angle guide sharpener and diamond hones. This grouping included my Chris Reeve knife.

Consequently, I made this cut-count my benchmark for rope-cutting performance. Three of my knives had cut-counts significantly below excellent. These knives had measurably thicker edges than the magnificent seven. One knife inexplicably made three times as many cuts as my standard of excellence. It became my favorite S30V bladed knife. All the knives were capable of exhibiting hair-shaving, paper-cutting and tissue-slashing sharpness. However, the knife with the greatest number of rope cuts stayed sharp longer when used between sharpening.

More On The (Blade) Matter

During another telephone conversation, Bob Loveless stated that there are more than a dozen tool steels that are capable of being made into a good knife if the right heat-treatment and edge geometry are used for the application. Conversely, not all knives made out of any of these steels are equally good. 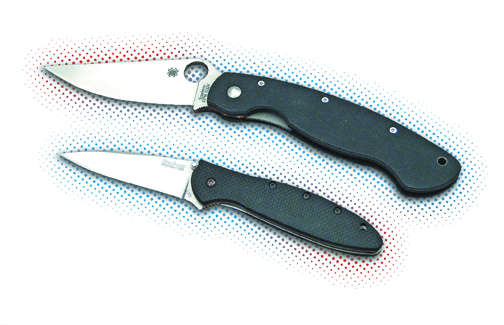 S30V and G10 — Spyderco Military (top) and Kershaw Leek (bottom). They improved 10 times with age and were part of the author’s original excellent seven.

In another telephone conversation, the late Bob Lum told me he considered cutting-performance consistency to be as important as consistency of fit and finish. He candidly admitted that he was aware of knives that he made that cut noticeably longer and better, but they were made to the same standards with the same procedures as his other knives. Part of the reason he made his decision not to use S30V was a first-hand knowledge of other makers who were getting inconsistent results with it from batch to batch of steel.

Bob “Dr. D2” Dozier tweaks the heat-treatment of his D2-bladed knives every time he gets a new batch of steel to get the consistency of performance he requires. This is the reason Bob Dozier does his own heat-treating. I have tested Dozier knife blades made of 440C, S30V, S60V, S90V and 10V in addition to his D2, and all of his knives perform head and shoulders above the majority.

This article was originally published on June 14, 2016