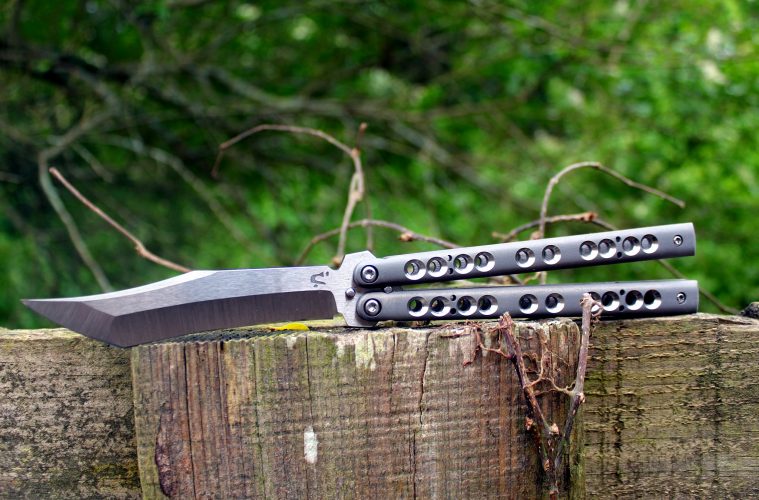 Balisong Flippers: Who are they?

Are the balisong youth the “rebels” of the knife community?

You’ve seen them outside of events flipping their blades, you may have seen them cut themselves and laugh as if they aren’t bleeding. Who are these people and what are they doing fanning these knives over and over again?

It’s fascinating to watch people flip knives with great speed and precision. But, the balisong community is far more than a group of people who just stand in a circle and fan blades to pass the time. Many of them craft their own blades, and some even practice how to use them as a weapon. The balisong is also not new, despite the perceived reputation that mostly everyone who uses them is rather young.

There is a rich, yet somewhat controversial history regarding the origin of balisong. The knives are widely believed to have originated in the Philippines but have been traced to Germany in the 1800s. View this article on American Survival Guide’s website to learn some quick history of balisong knives and the pros/cons of wielding them as a weapon.

During BLADE 2019, a member of the Knives Illustrated staff met knife maker and the owner of Stitched Steel. Ryan “Stitch” Harbour is a maker of balisongs and also enjoys flipping recreationally. You can find Stitch on Instagram @StitchedSteel. He has been in the balisong community since 2009 and says he always had a “personal attachment to balisong.” It “snowballed” into who he is today after finding an old one in his closet. 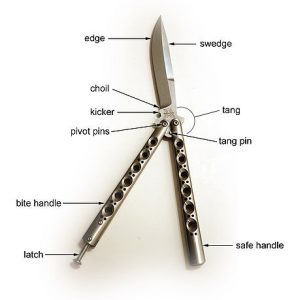 The parts of a Balisong. This model is one made by Benchmade. (En.Wikipedia.org/wiki/Butterfly_knife).

Stitch remembers that when he was coming up, flipping was still rather new. Flippers had to essentially invent their moves, while kids today learn them pretty fast.

You can learn flipping moves as a beginner with this YouTube balisong search. There are also plenty of social media pages that let you focus on the balisong as a sport and/or collector.

A balisong is a folding pocketknife that features two counter-rotating handles around the tang, or base, of the blade. Also known as a butterfly knife, fan knife, or Batangas knife.