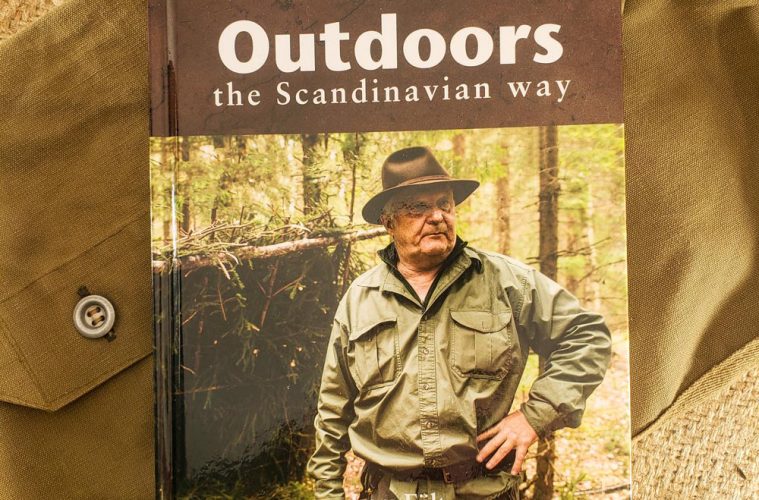 Best gear for your self-defense plan

WHEN IT COMES TO SELF-DEFENSE, JOIN THIS CLUB.

Here are some of the best gear for your self-defense plan:

In these days of turmoil and civil unrest, sometimes it doesn’t hurt to kick it old school. Nothing says I’d prefer not to be dragged out of my car like a 25-ounce steel mace head.

American Tomahawk Company takes a modern spin on the World War I Trench Mace with its new Trench Club. The trenches of World War I were brutal places with up close and personal combat, and troops in the field improvised with materials at hand. 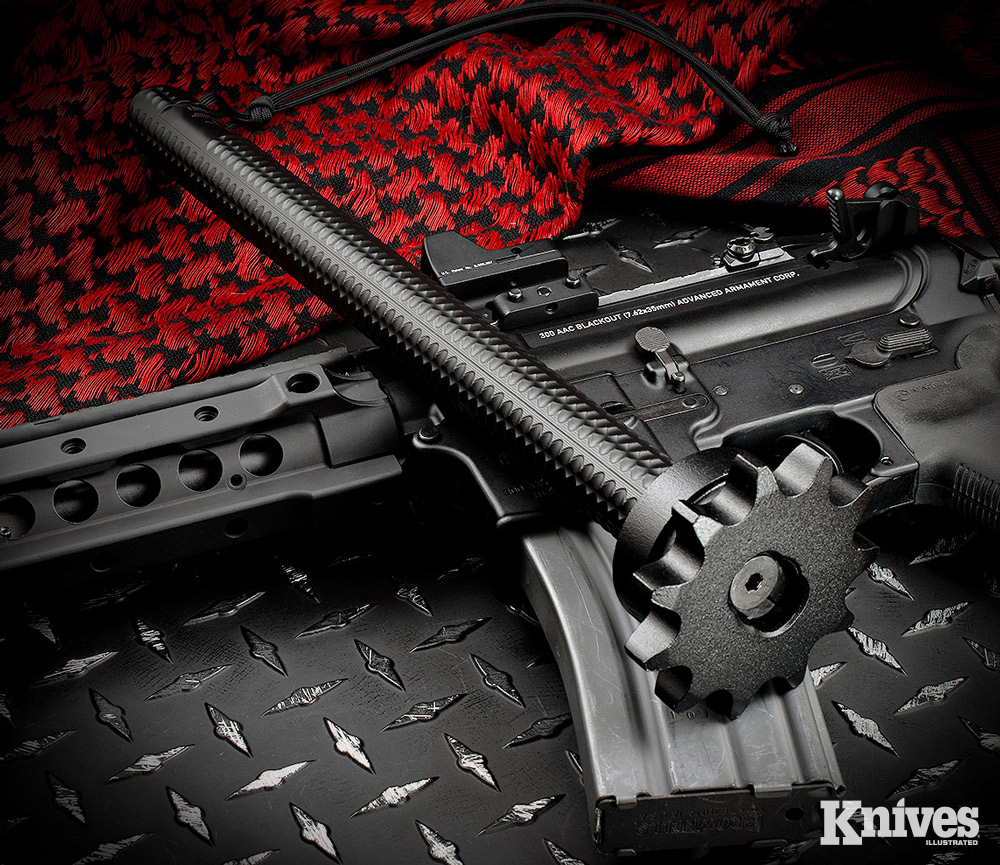 American Tomahawk’s version of the trench mace uses a 14-inch nylon handle like the company uses on its tomahawks, mated to a Martin 60B11 roller chain sprocket modified to fit the handle.

The sprockets use hardened steel teeth and have a black powdercoat for durability.

This mating of a sprocket head to an existing handle is traditional, too, as that’s how many trench clubs and maces were made during World War I. 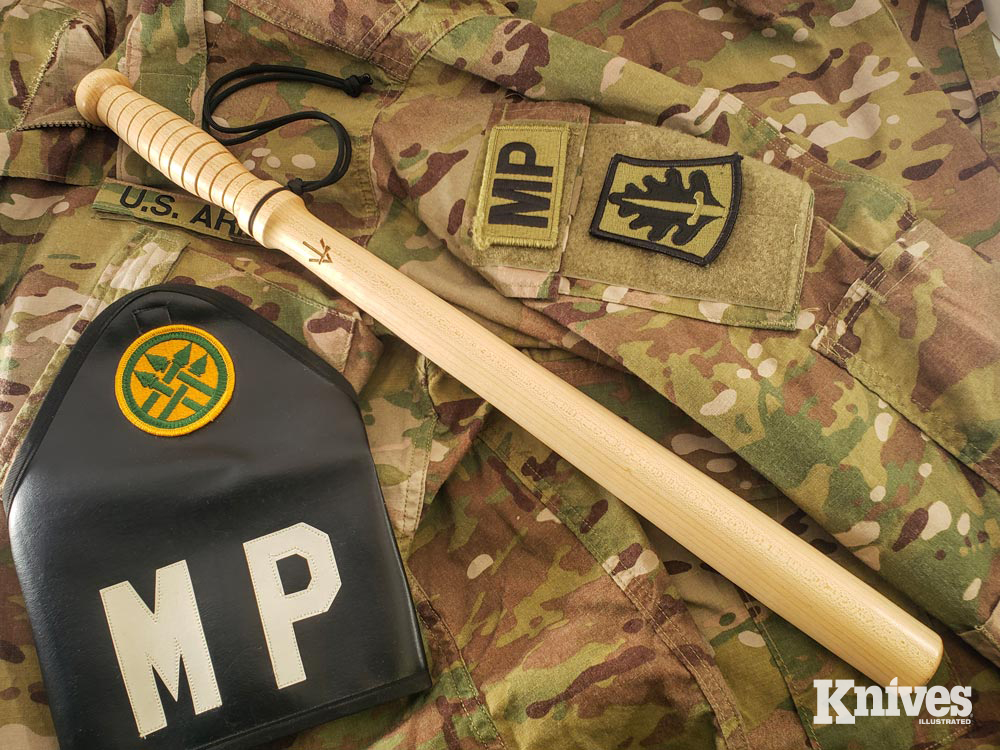 If the ATC Trench Club is a little too much for you, the company is also making a great version of the old Military Police baton. ATC does a faithful recreation of the U.S. military-issued MP batons to the original GI specifications. Only ATC does it better.

I still have an old GI one from when I was assigned to an MP company decades ago, and while the size and feel of the ATC are the same, it’s finished to a higher standard.

It’s basically a masterwork version of the GI design. I recall reading that the issue batons just specified “hardwood.” ATC uses maple and it’s available in either a natural wood finish or black.

It’s engraved with the ATC logo on the shaft, just above the grip, and comes with a paracord lanyard attached. 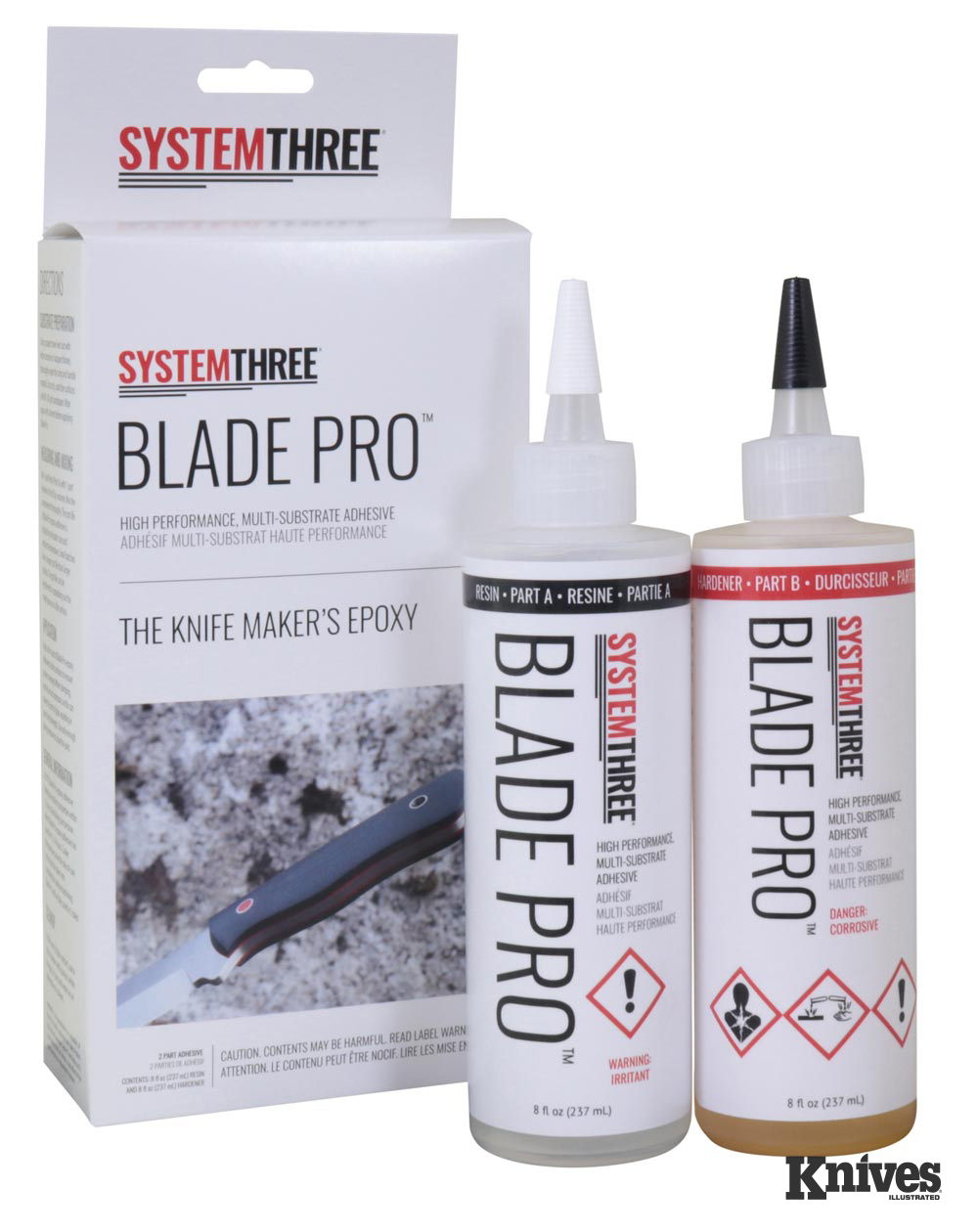 If you’re into knife making, then you know the importance of using a good epoxy when it comes to fastening handles in place.

System Three Resins sealing and epoxy products are used on everything from wood floors to fishing poles to boats. The company’s new Blade Pro epoxy gear is designed specifically for knife making.

It’s a two part 1:1 epoxy made to bond wood, micarta, and G10, as well as other materials to stainless and carbon steel and other nonferrous materials.

It’s machinable in 12 to 14 hours after application and creates a waterproof seal between the tang and handle material. Once dry it offers superior impact and fracture resistance. 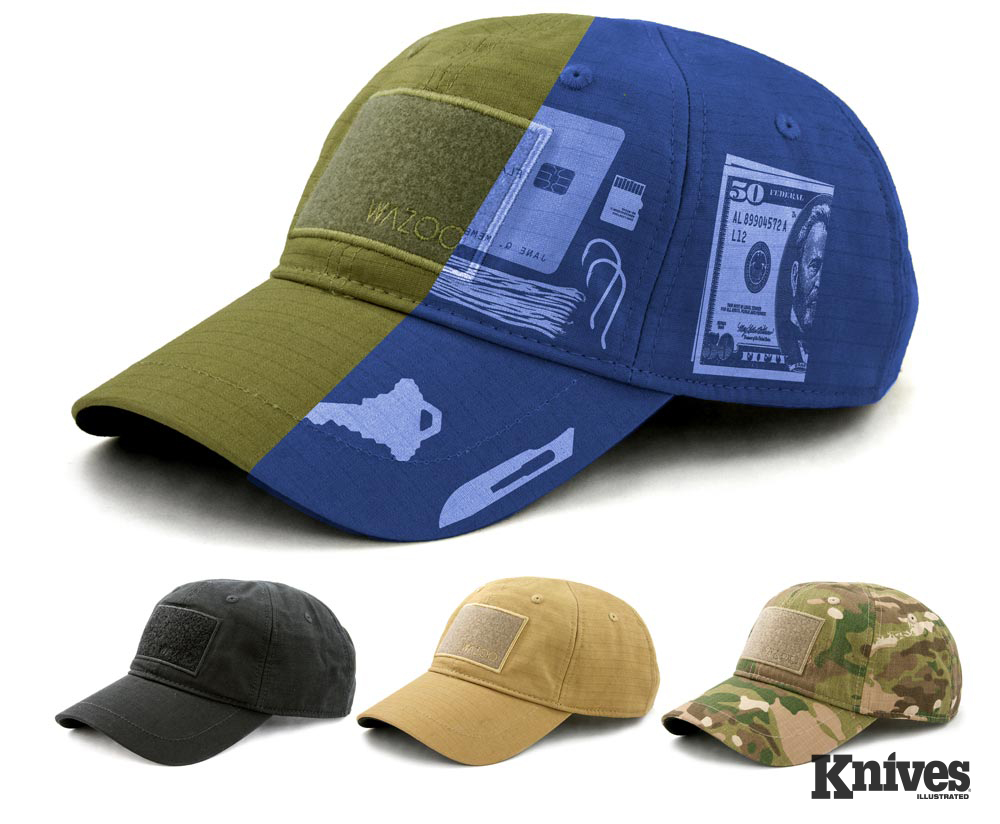 Wazoo Survival’s Cache Cap has six hidden pockets for stashing your gear, even if all you have on is your hat.

The Cache Cap starts out as a well-made ball cap of ripstop material with a hook-and-loop adjustable strap and a front hook-and-loop area for adding your favorite morale patch.

There are three pockets in the main crows of the hat to stash gear—one secured by a hook-and-loop closure located on the middle of the bill and two more side narrow slot pockets also on the bill.

Wazoo recommends you store survival gear in there, such as what the company has in its Cache kit, which is an amazingly compact 23-piece survival kit that contains everything from cordage to fire-starting gear and even a small blade.

You could also use the pockets to hold ID, spare cash, or any number of other small items. 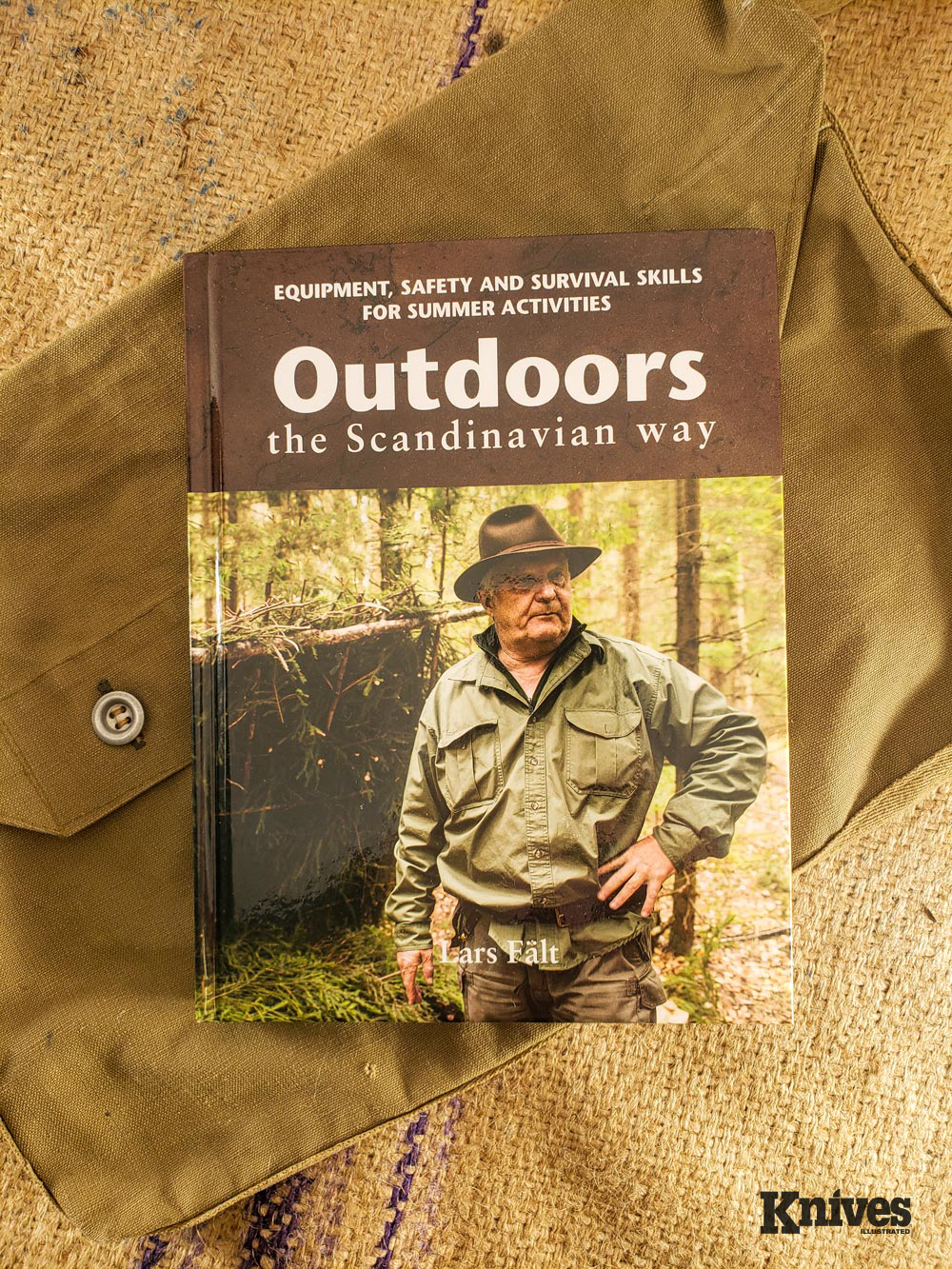 Lars Fält is a world-renowned survival and bushcraft expert and the founder of the Swedish Army Survival Unit.

He’s authored more than 10 books on survival skills and the outdoors, and Casstrom Publishing is bringing the English version of the new summer edition of “Outdoors the Scandinavian Way” to the US.

It’s a high-quality hardback printed on thick stock and beautifully illustrated with color drawings depicting the topics Lars covers. Although Lars is a survival and bushcraft expert, I hesitate to classify this book as either because it’s really just about thriving in the outdoors.

He covers gear selection, including a very thorough section on knives, axes, and saws. He moves on to navigation, hiking, and canoeing, and then proceeds to talk about life in camp and the skills you need.

Also, he transitions to cooking, fishing, and wild edibles. There’s a very thorough section on fire, and he discusses a bit about survival and accidents in the wild.

He tops that off with a section on knots. The book is available through CAS Iberia, which also carries the Swedish Casstrom knives that Lars designed.