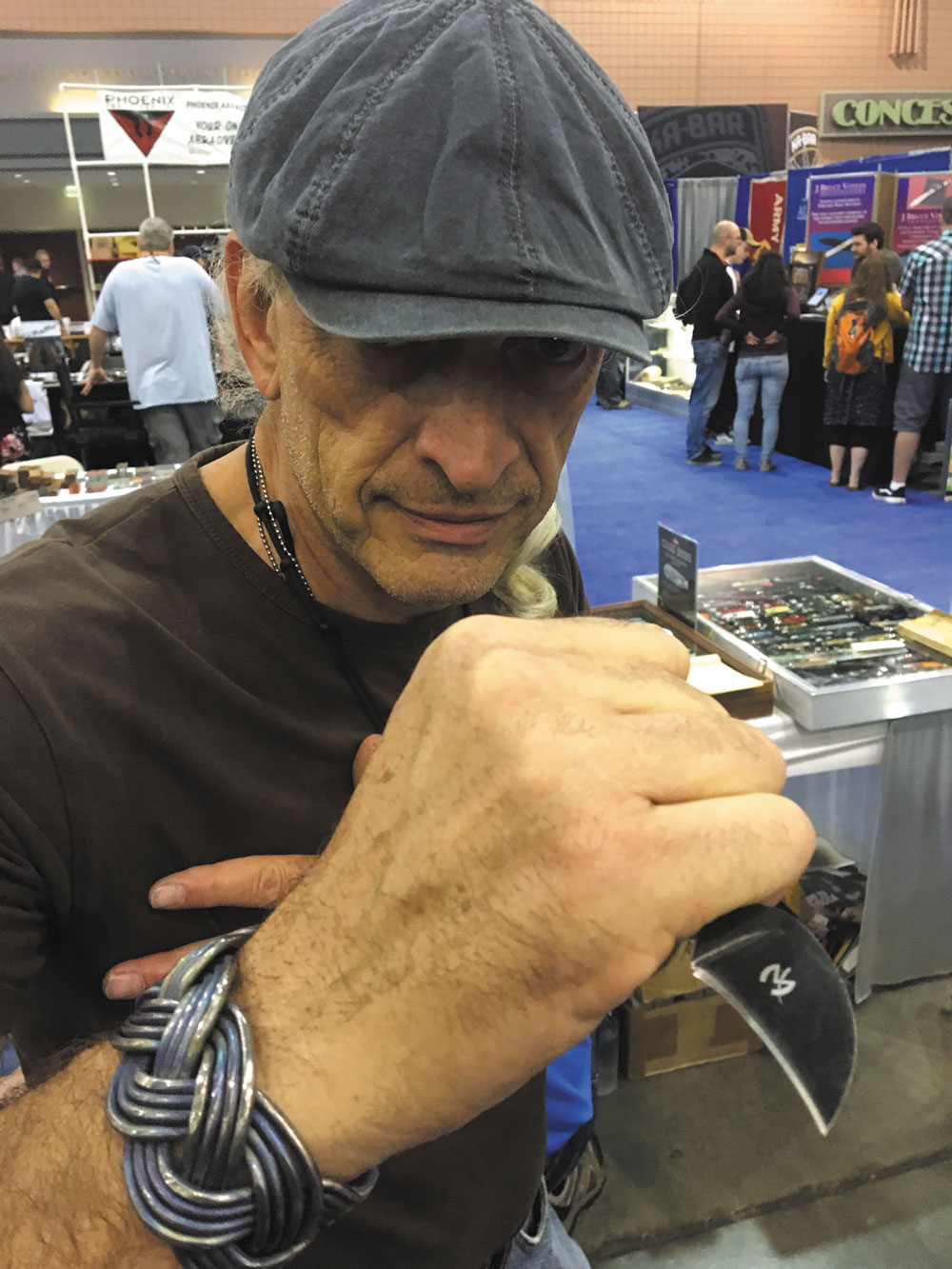 Some knife grips are particularly effective. Reverse-edge tactics, as their name implies, are edged-weapon skills based on the practice of gripping your knife so that the sharp edge faces back toward the user.

Sometimes called inverted-edge or edge-in skills, this approach to knife fighting is not new and has been used in many different cultures throughout history. In recent years, however, it has become increasingly popular as a self-defense option and has inspired the design of many knives specifically for this style of fighting.

Let’s take a close look at the reverse-edge method — in particular, its reverse-grip application — and consider its advantages and potential pitfalls.

First, let’s get our terminology straight. In the Filipino martial arts, the term pakal (often also spelled pikal or p’kal) refers to gripping a knife in a reverse or “icepick” grip with the blade extending from the little-finger side of the hand. Although this term is often believed to apply only to a reverse-grip, edge-in hold, it actually applies whether the blade is oriented edge-in or edge-out. For clarity and convenience, we’ll focus this discussion on reverse-grip edge-in, or RGEI for short.

RGEI provides an extremely powerful set of body mechanics. The icepick grip capitalizes on the body’s ability to generate power with instinctive, gross-motor-skill motions. Whether swinging downward or inward, these caveman-style mechanics not only harness the body’s natural athleticism but hold up very well under the effects of life-threatening stress. Even when you’re experiencing the fear-induced activation of the sympathetic nervous system — commonly known as “fight or flight” — executing reverse-grip stabs with a knife comes very naturally. 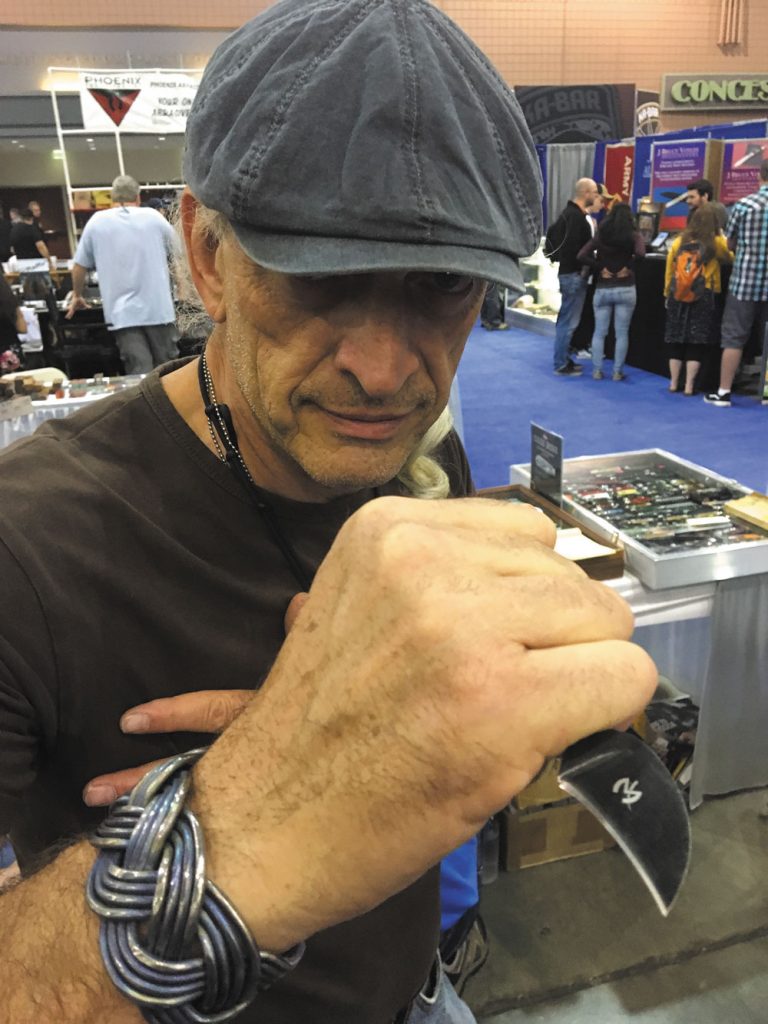 If a thrust lands successfully and the blade achieves penetration, the RGEI grip allows you to expand the wound channel by pulling toward you. This motion uses the strong latissimus dorsi muscles of your back to generate extreme power that transforms the knife’s thrust into a plow that literally shears everything in the blade’s path to create a devastating wound.

If your opponent happens to block your thrust, the exact same pulling tactic can be used to not only clear the blocking limb out of the way, but to inflict a deep, potentially disabling cut on that limb in the process. Once the opponent’s arm is cleared and/or disabled, simply repeat the same cyclical motion to deliver follow-up thrusts and retraction cuts to even more vulnerable targets.

The powerful body mechanics that drive RGEI’s thrust-and-cut tactic also allow it to be used effectively in extreme close quarters where skills requiring a wider range of motion simply won’t work. This includes many grappling situations, stand-up clinches, and confined quarters like vehicles.

In addition to potent forehand and overhead strikes, RGEI also allows ultra-quick backhand thrusts with the knife’s point. Typically aimed at the eyes, face, and neck, these “Pakal Jabs” can strike at a surprising distance. If your opponent blocks or you overshoot your intended target, they can also be combined with hooking, shearing, retraction cuts with the edge.

Defensively, RGEI allows the knife to be used for Palisut tactics, which involve hooking the attacking limb and passing it across your body to redirect it and create openings for follow-up thrusts.

Images A thru H:
When attacked with a tomahawk, the defender first blocks and controls the attacking limb with his left hand. When he counters with an RGEI thrust to the neck, the attacker blocks. The defender counters by pulling back to shear and clear the blocking arm, before delivering a lethal thrust-and pull cut to the carotid artery. 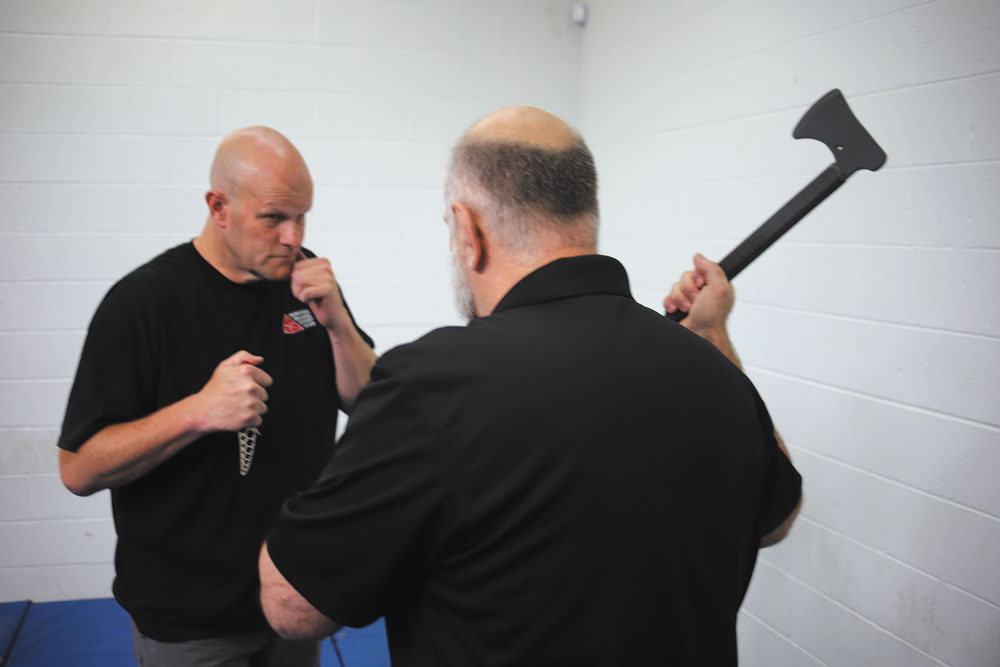 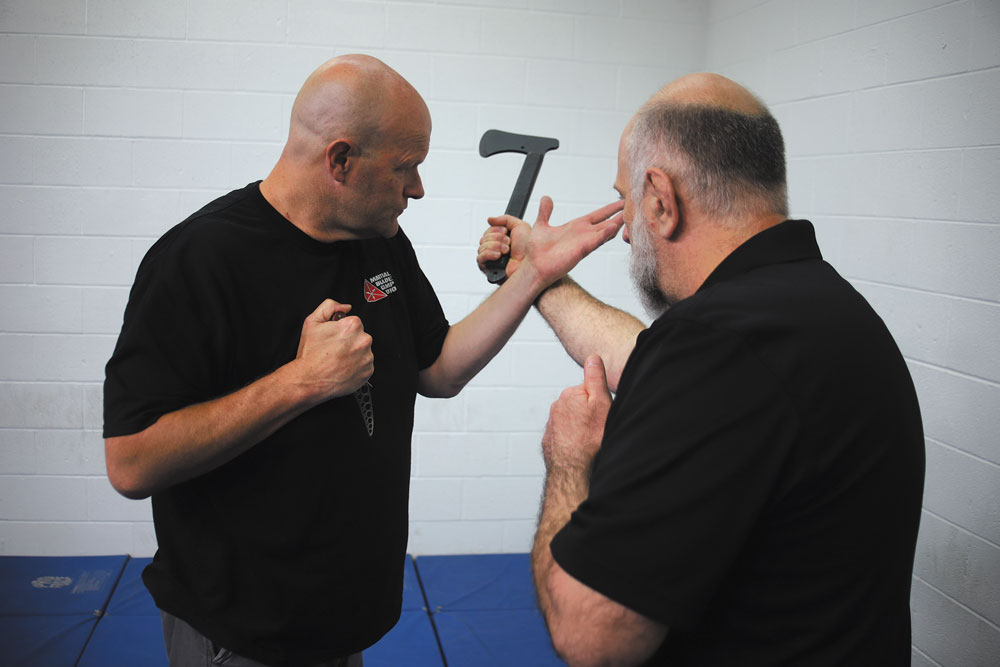 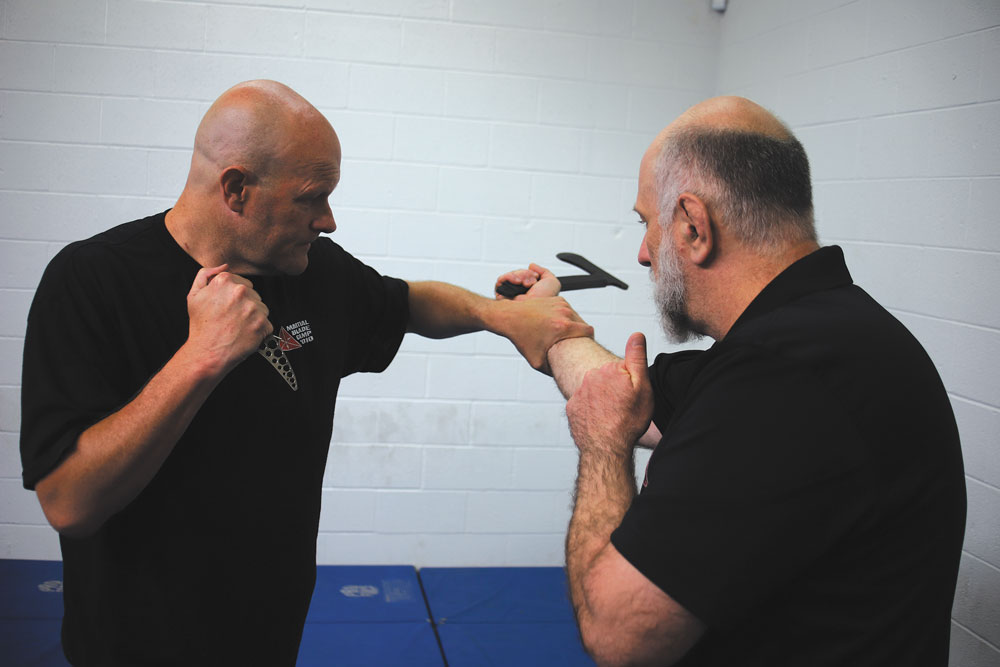 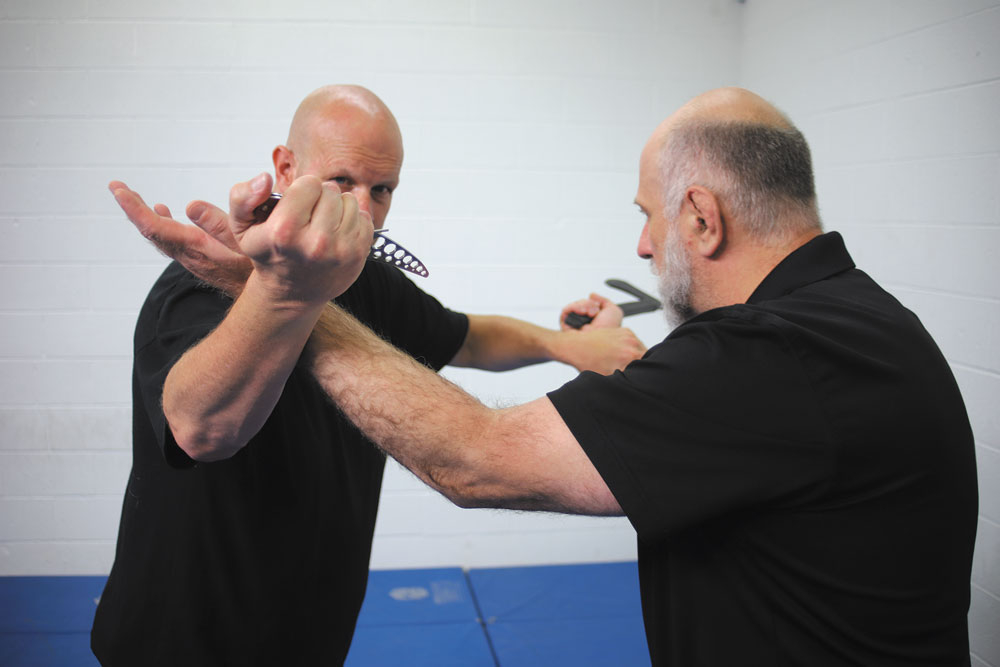 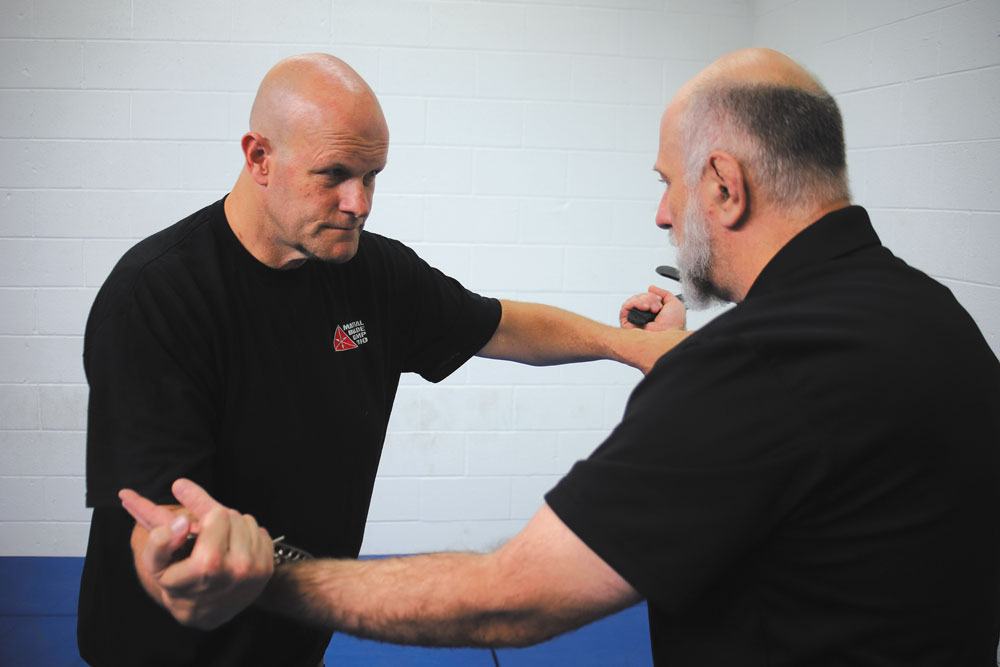 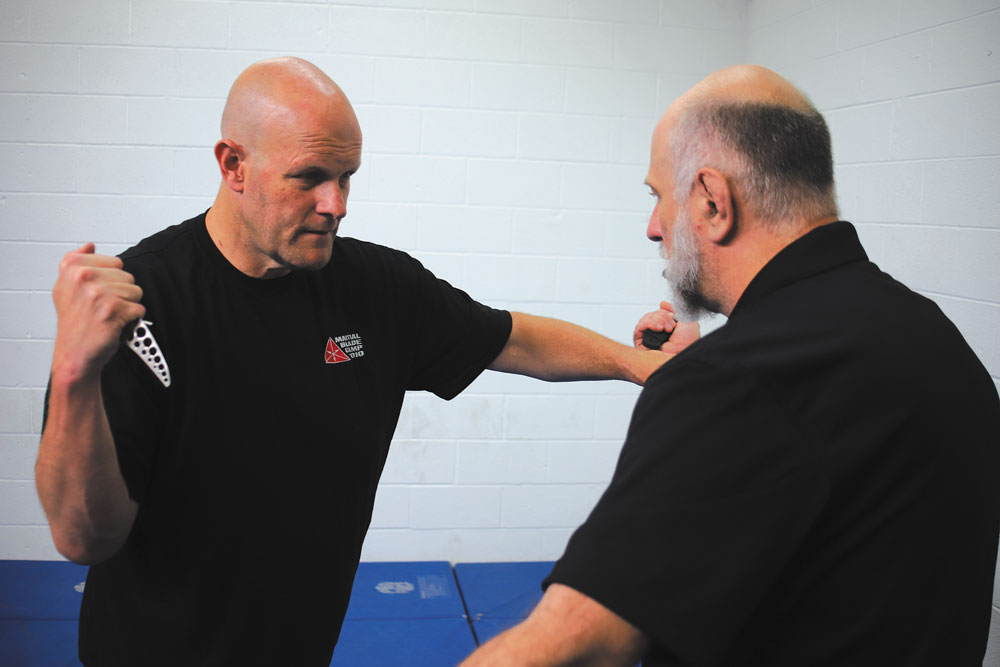 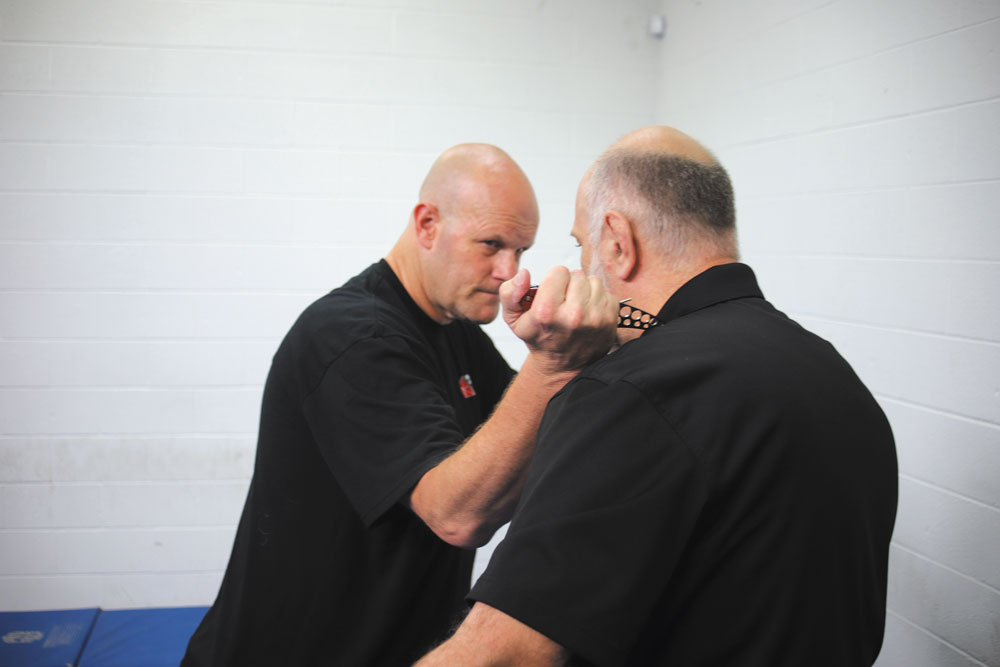 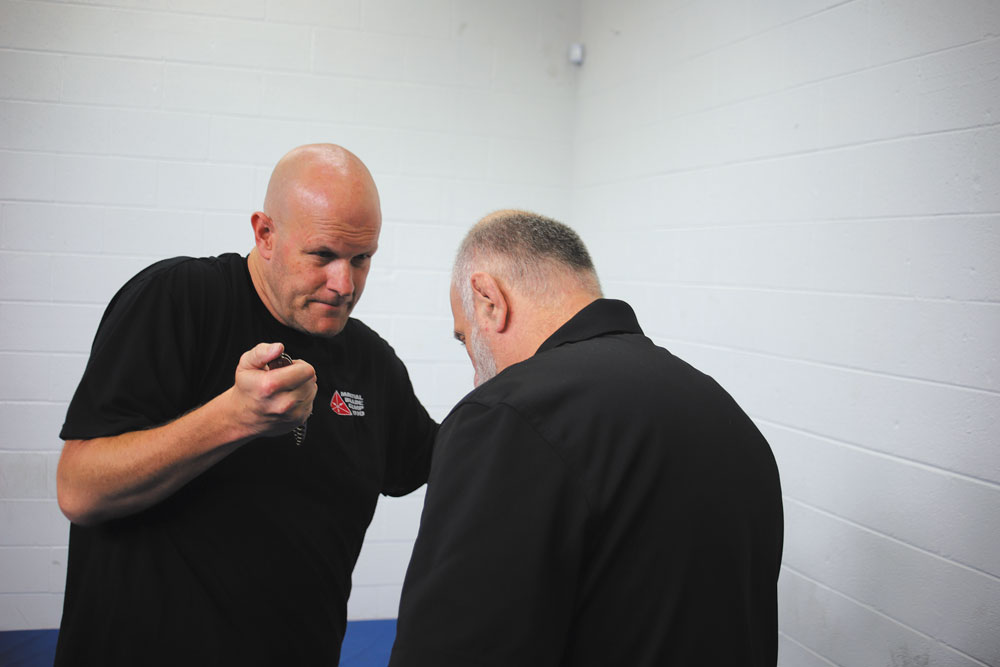 RGEI definitely offers extreme power and the ability to create devastating wounds. However, it is primarily an offensive tactic and is not as versatile as reverse-grip edge-out (RGEO). RGEO skills are much more conducive to targeting the attacker’s limbs to disarm him through “defanging the snake” — destroying the muscles, tendons, and nerves that enable him to grip a weapon.

Justifiable self-defense is based on stopping an attacker. The more quickly and efficiently you can eliminate the lethal threat, the safer you’ll be. While some RGEI skills — like a Pakal Jab to the eyes — may produce a reliable, immediate stop, its signature “stick and rip” tactic is primarily geared toward lethality. In a true self-defense situation, that basically means you’ve got to kill your attacker “better” than he is trying to kill you. Since he’ll most likely be armed with some kind of lethal contact-distance weapon, that’s a serious concern. Disabling tactics stop the lethal weapon at its root — the limb wielding it — and therefore produce immediate results. The RGEI approach focuses on overall lethality and stopping the attacker’s weapon by stopping his entire body. This not only takes considerably longer but can also make it much more difficult to justify your actions legally. 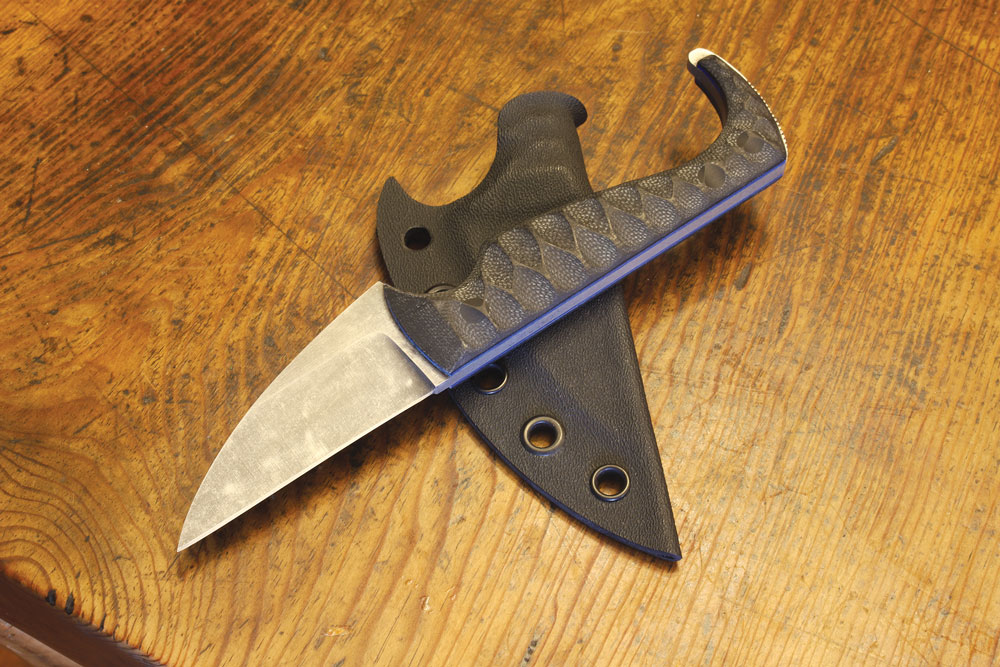 The popularity of reverse-edge tactics has spawned many dedicated knife designs, like this Chi-Com (Chicago Combatives) knife made by Greg Wegrzycki (aka Karambit Maker) and designed by Chicago Combatives founder Keith Jennings.

One final point regarding RGEI: Many YouTube videos and seminars that teach RGEI skills, demonstrate them in the context of clinching or grappling with an unarmed opponent. While this might be justifiable against a significantly larger, stronger attacker, it sets a dangerous legal precedent.

As the saying goes, “You will fight the way you train.” Habitually training to use a knife against an unarmed opponent could easily turn your claim of self-defense into murder.

Ready to get the latest information and videos on everything knife related sent directly to your inbox? Sign up here!