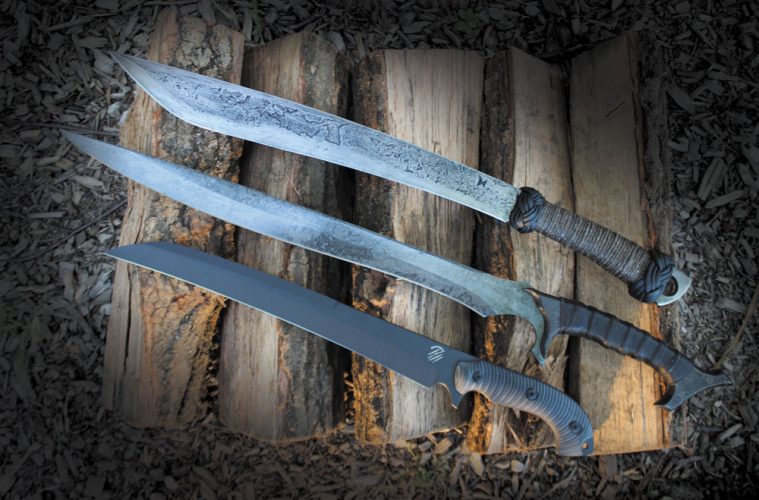 Filipino Martial Arts (FMA) are a global phenomenon. You’ve probably seen FMA blades on the big and small screens and weren’t even aware of it. I was introduced to FMA when I was 14 years old by Sifu Al Dacascos at a seminar in Nashville, Tennessee. Sifu Al Dacascos is the father and teacher of Mark Dacascos, Star of “John Wick: Chapter 3 – Parabellum.”

For this article, I decided to try something different. Instead of a simple knife review or giving my opinion on the ability of certain knives, I held to a round table interview with several blade enthusiasts from around the country. I brought together a group of makers, students, designers and instructors of Filipino martial arts blades and fighting concepts, and asked them 11 questions to discuss historic and modern blades, as well as the pros and cons, and what to look for. I wanted to give you, our readers, more than just one or two opinions on this subject. Allow me to introduce you to our panel of specialists. 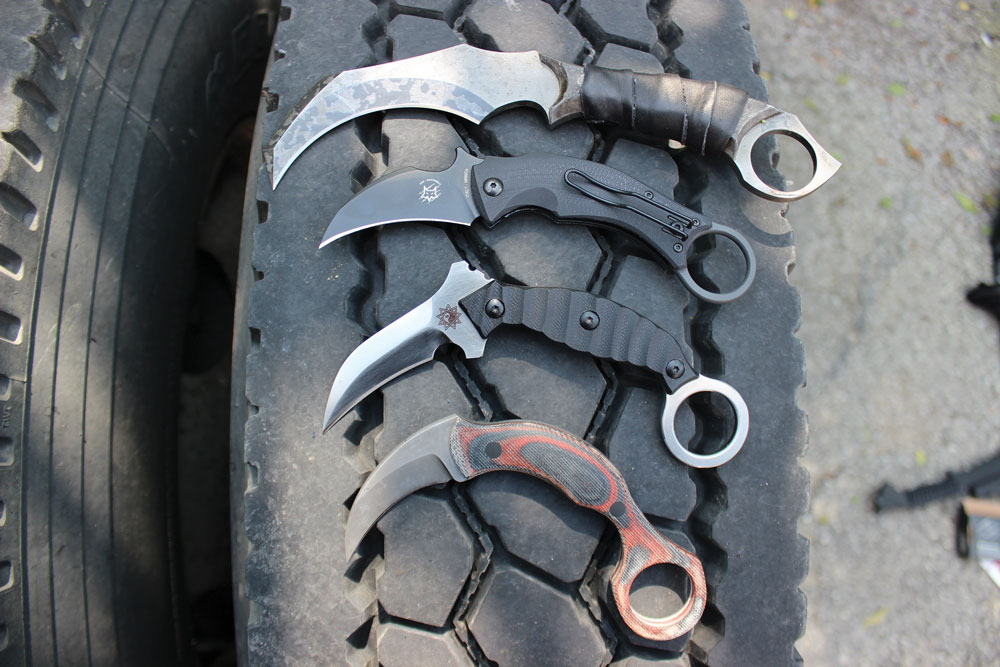 Zombie Tools, Derespina, Bastinelli and The Karambit Maker offer up many flavors of Karambits.

Question: Hey guys thanks for being a part of this article. In a sentence or two, can you tell me your FMA training background? Are you a maker? Instructor? Or a collector?

Richard Derespina: I’m a knifemaker. However, I have a background in various martial arts, but specifically Pekiti Tersia Kali.

Tuhon Jesse: Been training Martial Arts for over 45 years, but specifically FMA for over 30 years, currently serving as the Chief of Staff for PTK.

James Helm: I am a bladesmith, focusing on working blades.

Greg: First I’m a maker, martial arts practitioner and then a knife collector.

Zombie Tools: We don’t really have any FMA experience, but have been approached to make designs by those who do.

Frank Delo: I’m an owner at Amalgam Martial Academy in the Chicago suburbs, and I also make and design knives with my friend, Jason Wenz, through our company Illiknives.

Keith Jennings: I’ve been a lifelong student of the bladed arts, and FMA has been part of that journey. Currently, I am the head instructor for Chicago Combatives.

Bastinelli Knives: I discovered the Philippine martial arts 10 years ago with Regionaldo, the founder of FCS Kali. Before I was a knifemaker, I was a collector for approximately 30 years.

Chris Caban: I have 21 years of training and competing in FMA. I’ve spent the last 11 years making training blades of all sizes out of High-Density PET Plastic. 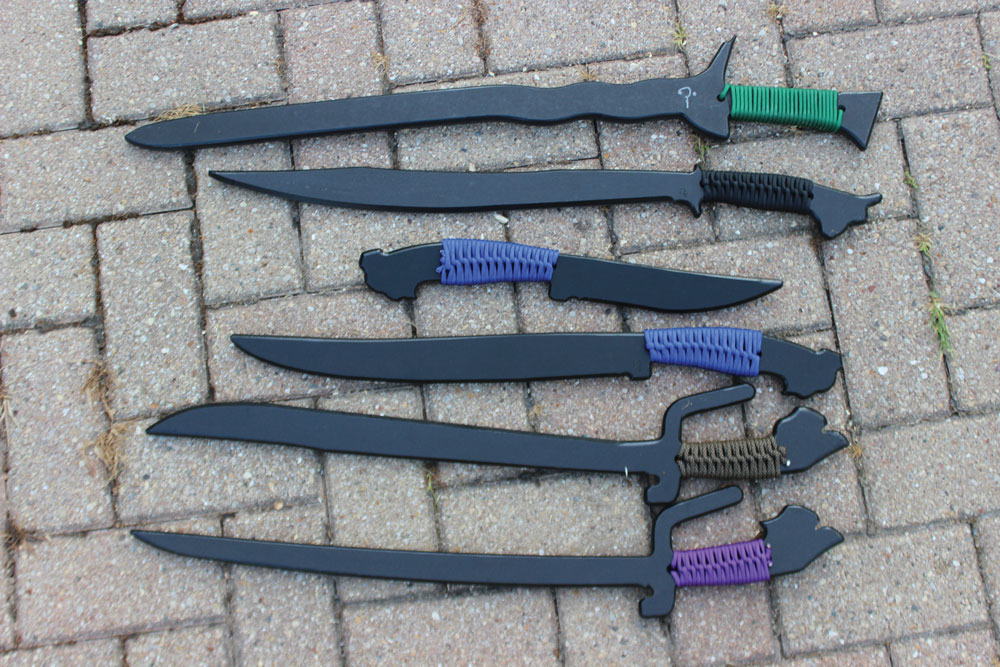 Question: Why do you think there is an upswing in the popularity of the Filipino blade arts?

Frank Delo: The movie and film industry. “Jason Bourne,” “Taken,” “Resident Evil.” FMA has that wow factor that looks good on the big screen. It’s not all just show. The system has a big following with law enforcement, military, and other violence professionals.

Tuhon Jesse: With popular movies like the “Bourne” series, “The Book of Eli,” “John Wick,” and many more, the visibility and the effectiveness of FMA speaks for itself.

James Helm: Given that many Americans have encountered Eastern martial arts through overly theatrical fight scenes in movies, the raw brutality of FMA techniques sobers one and makes one take it more seriously.

Greg: I think that social media plays a large role in this, a lot of training courses, more than ever before.

Bastinelli Knives: Some instructors are very famous in the martial arts industry. They promote this art and show different drills with different types of blades.

Chris Caban: TV/movies and the modern challenges we face daily. 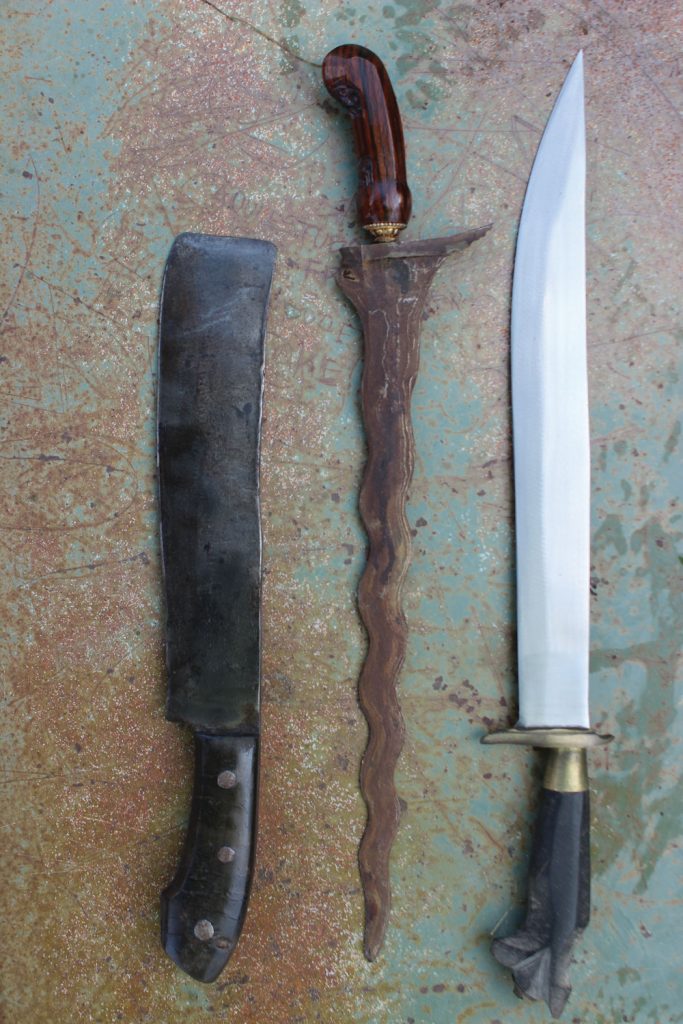 Question: What are your favorite FMA blade types?

Tuhon Jesse: Ginunting, it’s what we (PTK) train with.

James Helm: I’m drawn more to the chopping style blades, given my background of cutting brush.

Richard Derespina: I take great pride in making Kris blades! And, of course, the Karambit of which I started making back in the late 90s.

Frank Delo: I enjoy the Pinuti.

Keith Jennings: My first love would be the Ginunting and other Wharncliffe-style blades. I’m also fond of the Kris.

Chris Caban: I have a Sansibar from Leyte on the way and I cannot wait to get my hands on it.

Bastinelli Knives: I love the Karambit, not because it is the best, but because of the organic inspiration that is close to the original claw. 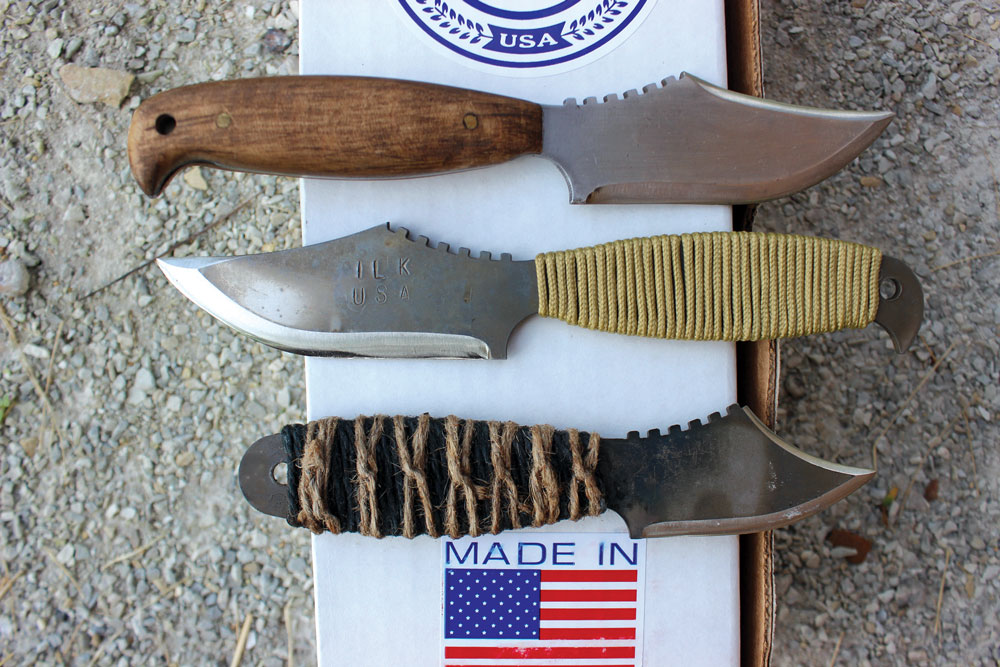 Question: Historically, what would you say is the most famous blade style and why?

Frank Delo: As style goes, I’d say the Barong; but, there are so many options it’s hard to decide.

Tuhon Jesse: I would say the Balisong, not necessarily a blade style, but more of a knife style.

James Helm: The Kampilan is undoubtedly the most famous Filipino blade, due to its use in dispatching Magellan.

Greg: I think that this question is difficult to answer because I cannot point to one system or one master blade.

Richard Derespina: For FMA-style blades, it would be a close call between the Kris and the Barong.

Chris Caban: For FMA, the Bolo is king; it’s a working knife from Luzon made famous during WWII by the Bolo.

Bastinelli knives: I believe the most famous blade style is the Dagger. 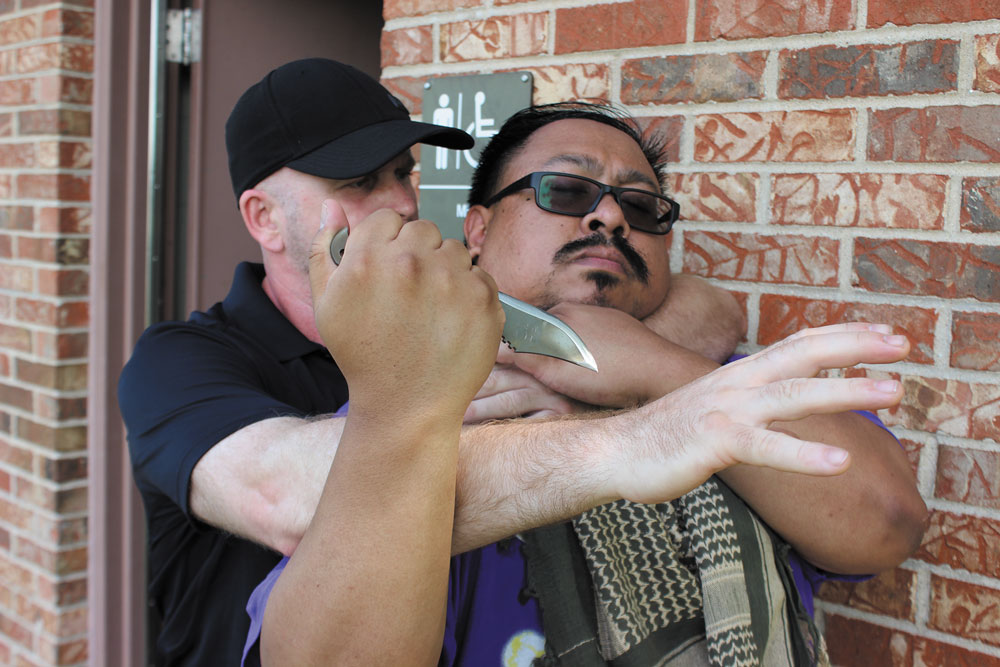 FMA training with a small FMA blade may save your life if you’re attacked.

Question: How do you view the evolution of FMA blades as makers, users, and practitioners?

James Helm: Filipino blades provide a rich source of inspiration for Western makers. Aside from the wide variety of blade styles to draw from, they can be combined with modern materials, as well as inspirations from other cultures, to create endless variations.

Greg: Evolution in many systems is not the same, very often “old” schools do not follow the needs of the modern practitioner.

Tuhon Jesse: When I go back to the Philippines, I see the older bladesmiths craft their blades with materials local to their province. You see native woods being used for handles and sheaths and you also see the traditional carabao horns (for handles) for their masterpieces. Now you see modern materials being used.

Richard Derespina: The only FMA-style blades that I saw back in the 80s/early-90s were legit, straight from the motherland. I think the evolution of bladed systems is steady and the momentum is great.

Zombie Tools: We tend to look at blades and make our own versions. Our Sharkalope doesn’t really have a distinct counterpart in traditional Filipino blades, but it does have the flavor of many. That is what we do.

Frank Delo: Combine that with today’s knowledge of modern metallurgy and materials, and the future of Filipino-
inspired blade art looks bright.

Bastinelli Knives: Since the beginning of the FMA weapons, the evolution was more of the material they used today than the design of the blade itself. 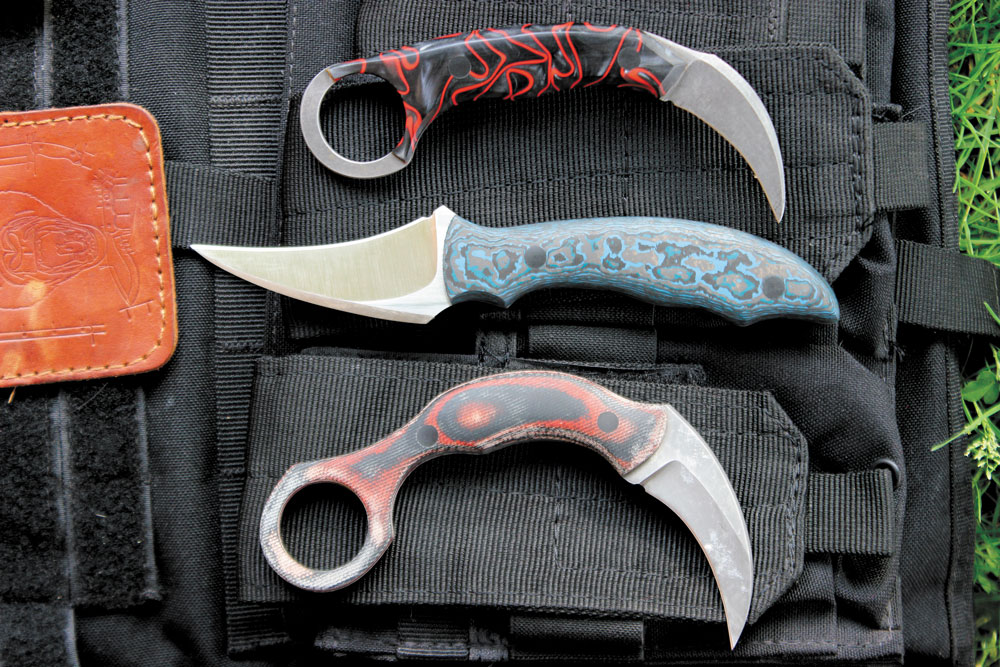