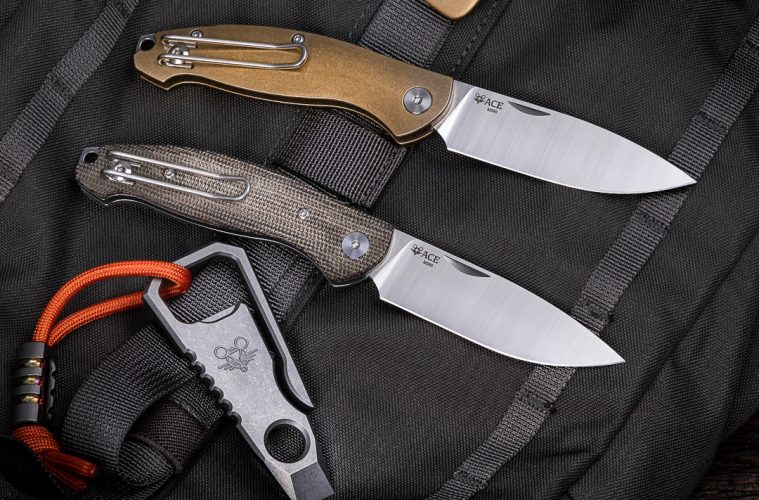 The new ACE Farley Slipjoint is a great choice for a casual-use EDC blade. The slipjoint may be the most universal pocketknife ever to exist, familiar to generations of users. Your father probably carried one and your grandfather almost certainly owned one. The fact remains that for the majority of knife tasks, a locking blade is unnecessary if you’re using the knife properly. 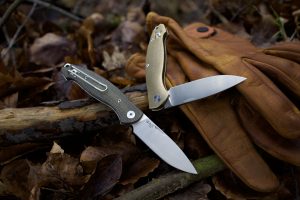 The Farley is available with either Micarta or brass handle scales.

Now GiantMouse is introducing the ACE Farley – Ansø and Vox’s simple yet beautiful take on the slipjoint. With lines and details designed to evoke an appreciation for finer things, the Danish knife designers made sure to bring forth a tool that will yield pride of ownership.

The Farley was named after a restaurant bar found at Cavallo Point in Sausalito, California. Located at the Northern base of the Golden Gate Bridge, Cavallo Point was once home to Fort Baker, a 1905 U.S. Army Post. GiantMouse founding partners, Jens Ansø, Jesper Voxnaes, and Jim Wirth, initially went to the Farley to experience the unique view and deep-rooted history, but found themselves back again and again for the live music, draft beer, and amazing oysters. 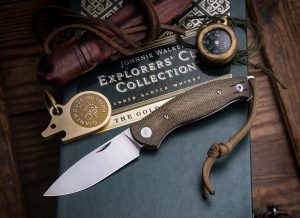 The ACE Farley is available in both green canvas Micarta and solid brass scales. It features a Böhler M390 microclean stainless steel satin-finished blade. Blade length is 2.75 inches (70mm) long, measured from tip to forward-most aspect of the frame. It’s 0.118 inches (3mm) thick. The handle is 3.625 inches (92mm) long, giving the knife an overall length of 6.4 inche (162.6mm). The green canvas Micarta version weighs 2 ounces (58.3g,) and as expected, the brass is a bit heavier, weighing in at 3.5 ounces (98.4g). The Micarta model has an MSRP of $145, while the brass model sells for $165.

GiantMouse provides innovative knife designs, with the highest possible production quality, at a fair price, while remaining closely involved with its community of customers. Jens and Jesper stand behind every knife, only producing knives that they will carry and use themselves. These particular knives are made by Bestech Knives to GiantMouse’s exacting specs.

For more information visit: www.GiantMouse.com. And be sure to check back with KnivesIllustrated.com for more of the latest news from the knife industry.