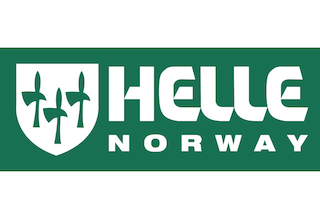 Helle of Norway is celebrating its 90-year anniversary with several new knives for 2022. 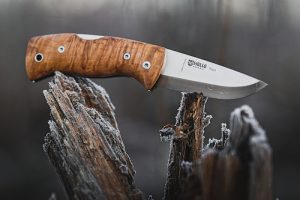 First up, the Nipa, which is an EDC folder with 3.7-inch handle and 2.71-inch 12C27 steel blade. The handle is made of  handcrafted curly birchwood, and the Nipa comes with a reversible carry clip. MSRP is $199. 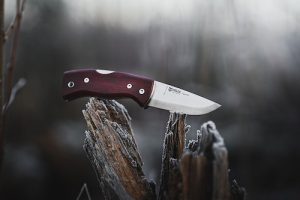 Next is the Raud, Helle of Norway’s medium sized EDC folder. This knife has a 3.7-inch handle that provides a solid grip for medium and large sized hands. The Raud also features a birchwood handle, and its 2.71-inch drop-point blade is made of 12C27 steel that provides corrosion resistance and edge retention. MSRP $149. 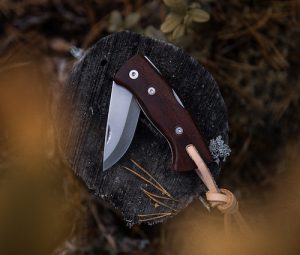 Similar to the original Raud, the smaller version is well suited for EDC. The small Raud has a 2.165-inch 12C27 blade. Also made of birchwood, the handle is 3.15-inches long. The Raud-small is accompanied by a leather lanyard. MSRP $134. 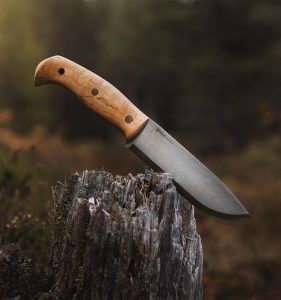 The Nord is named after the Norwegian word for north, and it was inspired by the large traditional knife used by the Sami people. Helle of Norway’s Nord can be used for cutting, whittling, and pull strokes. With its 5.3-inch birchwood handle and 5.7-inch Sandvik 14c28n, the Nord has exceptional swing weight and a secure grip. The Nord retails for $249. 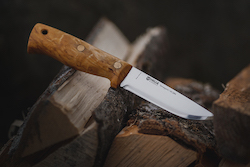 The original Temagami, the Helle Temagami, was released in 2011 and was a collaboration with Les Stroud, television’s Survivorman. The Temagami 14C28N is handcrafted from birchwood featuring a half-full tang construction and features a Sandvik 14C28N stainless steel blade. The blade is secured by two brass rivets and a pipe rivet. Each Temagami includes a traditional brown leather belt sheath. MSRP $209.

For more information about Helle Norway, go to www.Helle.com.  And be sure to check back with KnivesIllustrated.com for more of the latest news from the knife industry.