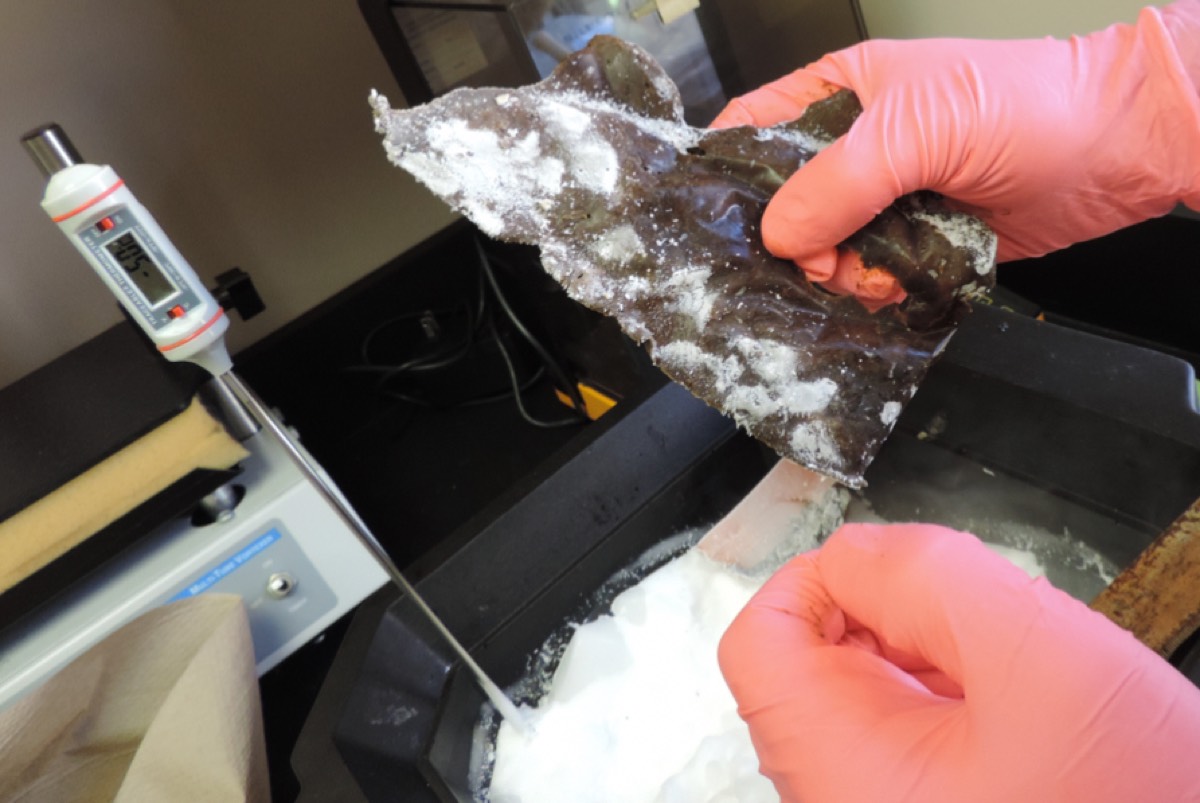 How NOT to Make a Crappy Knife – Literally

Famed anthropologist Wade Davis inadvertently created an academic urban legend with his account of an elderly Inuit man in the 1950s who fashioned a knife out of his own frozen feces and vanished into the Arctic. That’s the conclusion of a new study by experimental anthropologists at Kent State University, who fashioned their own blades out of frozen feces—for science!—and tested them on pig hide, muscle, and tendon under ideal conditions. The knives failed every test.

As Davis recounted in his 1998 book, Shadows in the Sun, the Inuit man’s family had taken away his tools in a vain attempt to persuade him to leave the ice and join them in a settlement. Undeterred, the man “stepped out of the igloo, defecated, and honed the feces into a frozen blade, which he sharpened with a spray of saliva,” Davis wrote. “With the knife he killed a dog. Using its rib cage as a sled and its hide to harness another dog, he disappeared into the darkness.”

Davis acknowledged that the story could be apocryphal; his source was the grandson of the man in question. But there is a similar, credible account from the same time period by Danish arctic explorer Peter Freuchen, who fashioned a chisel out of his own excrement when he found himself trapped in a pit of hardened snow.

A story this good naturally spread like wildfire, not just in the academic literature, but in popular culture as well. Kent State anthropologist Metin Eren first heard it as a teenager. “It’s one of the reasons I went into anthropology,” he admitted. Now he runs a cutting-edge lab devoted to “experimental archaeology”: recreating historical tools and other artifacts and testing them to see how well they work. There are pottery and wood-working studios, a ballistics range to shoot replica arrows, metalworking facilities, and so forth. “Basically we can make any artifact from the last 3 million years of human technology,” said Eren.

Read the rest of the story, here … and let it never be said that we won’t follow a story at Knives Illustrated!