Born from OEM supplier and manufacturer Halpern Titanium, Three Rivers Manufacturing (TRM) has taken the enthusiast folding knife world by storm over the last couple of years. TRM’s knives have deservedly gained critical acclaim from almost everyone who touches them. In fact, the only real complaint that most people have is that they have to wait a bit to get one. They sell as fast as they’re made. Faster, actually …

TRM made a handful of designs before, but they really burst onto the scene with the light and slim Viator Slipjoint and Neutron liner lock in 2017 and 2018 respectively. Both were on almost everyone’s “top ten knives of the year” list and people were knocking down the doors to get one. The larger Atom model has only added to their buzz.

To find out more about one of the hottest names in the folding knife industry and learn how TRM folding knives came to be, we had a wonderful conversation with Marianne Halpern, the woman behind TRM. —Bryan J. Ball 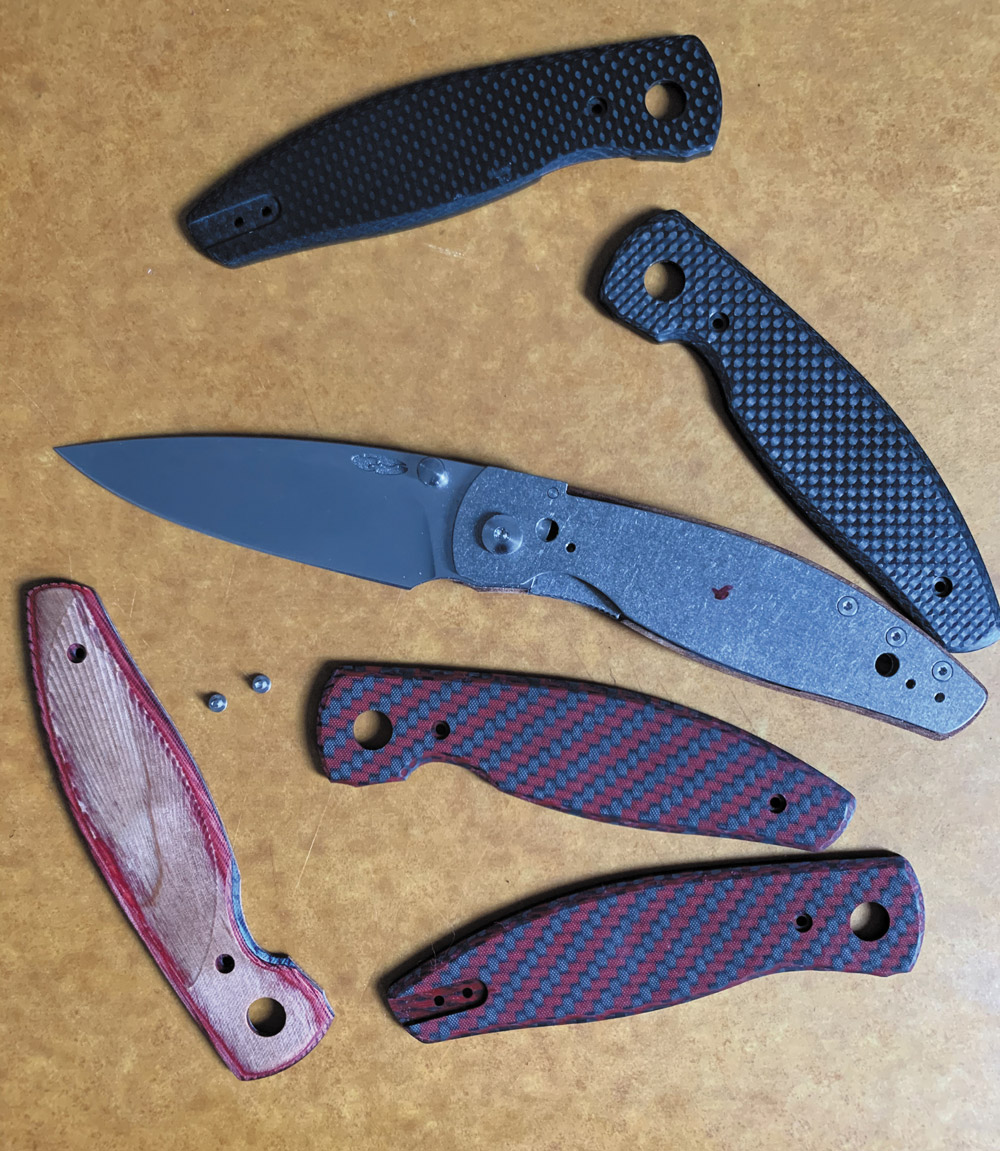 Most TRM models allow you to change the scales without having to touch the pivot or any other primary components of the knife. Many reasonably-priced options are available to make your TRM knife your own.

KI: So how when and how did TRM folding knives get started?

Marianne Halpern: On Martin Luther King Day in 1997, Les and I took our Ford pick-up truck and purchased $2,000 of remnant titanium. Along with 10,000 screws, G10 and carbon fiber, Cutsom Knife Supply was born. (“Cutsom Knife Supply” was corrected by customers to Custom Knife Supply, so we gave up and changed the name.)

To support his knife making hobby, Les began selling knife supplies to custom knife makers. Working from our kitchen and basement, he shipped bags of 100 screws and square-foot pieces of titanium, G10 and carbon fiber around the world. Word-of-mouth was passed among knife makers and Custom Knife Supply continued growing.

At this time, custom knife makers were becoming designers for large knife companies. Knife factories requested that same G10. (Les had developed medium- and coarse-textured G10 with our manufacturer.) Soon we started shipping pallets of G10 around the world.

In particular, I remember making a skid in our driveway, asking a friend to help us lift it into our truck and driving it to Roadway where it headed to Taiwan. Next, knife companies asked about our ability to machine parts. We’ve always learned to say yes, and then figure out how to do it. Still employed as an Adaptive Equipment Designer for the state of Massachusetts, Les found subcontractors to make parts for some of the largest knife companies in the country.

With our kitchen counters covered in carbon fiber dust (from cutting it on a table saw in the basement), it was time to rent a space. By 1999, we purchased a CNC Vertical Machining Center and hired our first employee. In 2000, I “retired” from teaching and Les “retired” in early 2001. We wanted a stronger name and Halpern Titanium, Inc. was off to a flying start. By word of mouth we added more custom knife makers and knife companies, and needed to continue to add machines. Our business grew to manufacturing OEM knives along with our knife parts business. The secret to our success has been our 95% focus on the knife industry.

Fast forward to 2020, we occupy 20,000 square feet in the same building, along with 20 CNC Machining Centers, Berger Grinders, a surface grinder, wire EDM and 2 Flow waterjets. Halpern Titanium, Inc. uses a portion of this machinery to manufacture knives for TRM along with OEM parts. 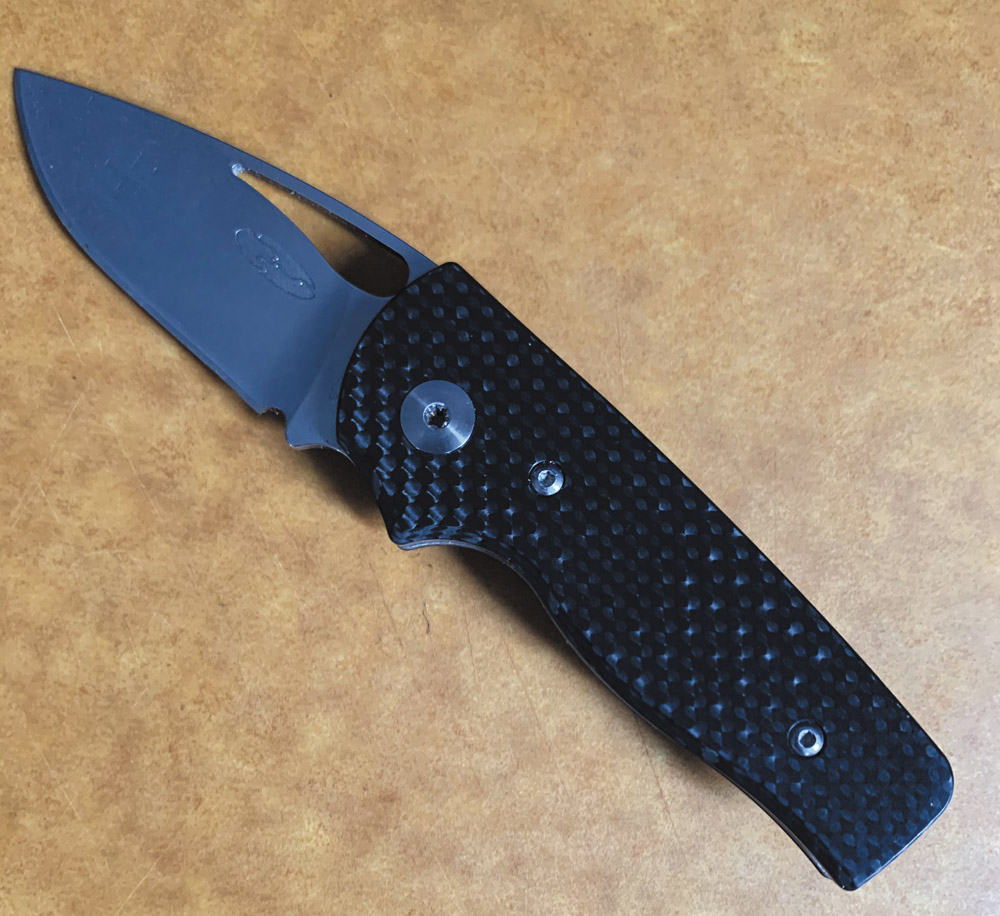 TRM’s smaller slipjoint, the Atlas, is one of the best one-hand opening slipjoints you can buy.

KI: TRM has developed their own design aesthetic and philosophy in a very short amount of time. Can you summarize the philosophy and focus for TRM folding knives?

Marianne: TRM’s initial plan as a new knife brand was quite different from our current model. We started with one-of-a-kind, beautifully 3D-machined products like the BT 1000 Thunderbird and Class Action. We found these models had niche markets and were not always friendly for production. It was time to change course and develop a less expensive knife that was more appropriate for everyday use.

Enjoying the mechanisms in slipjoints, we introduced the Atlas and Viator. These models began our use of lightweight materials, thin blade stock with classic blade shapes. Once again slipjoints are not for the general population. It was time to bring this concept to a locking knife. Of course, there’s a place for heavier, bulky knives with thicker blades. We thought the knife world was ready for a thin, lightweight and slicey knife for everyday carry. Using the same blade shape as the Viator, the Neutron was born. We decided to step up to CPM 20 CV steel while maintaining the sleek design and a lightweight user. We’d maintain a thin blade stock width and it would be sharp! Then Nick Shabazz decided maybe a longer blade was in order — maybe the whole damn Atom. It had already been in the works! 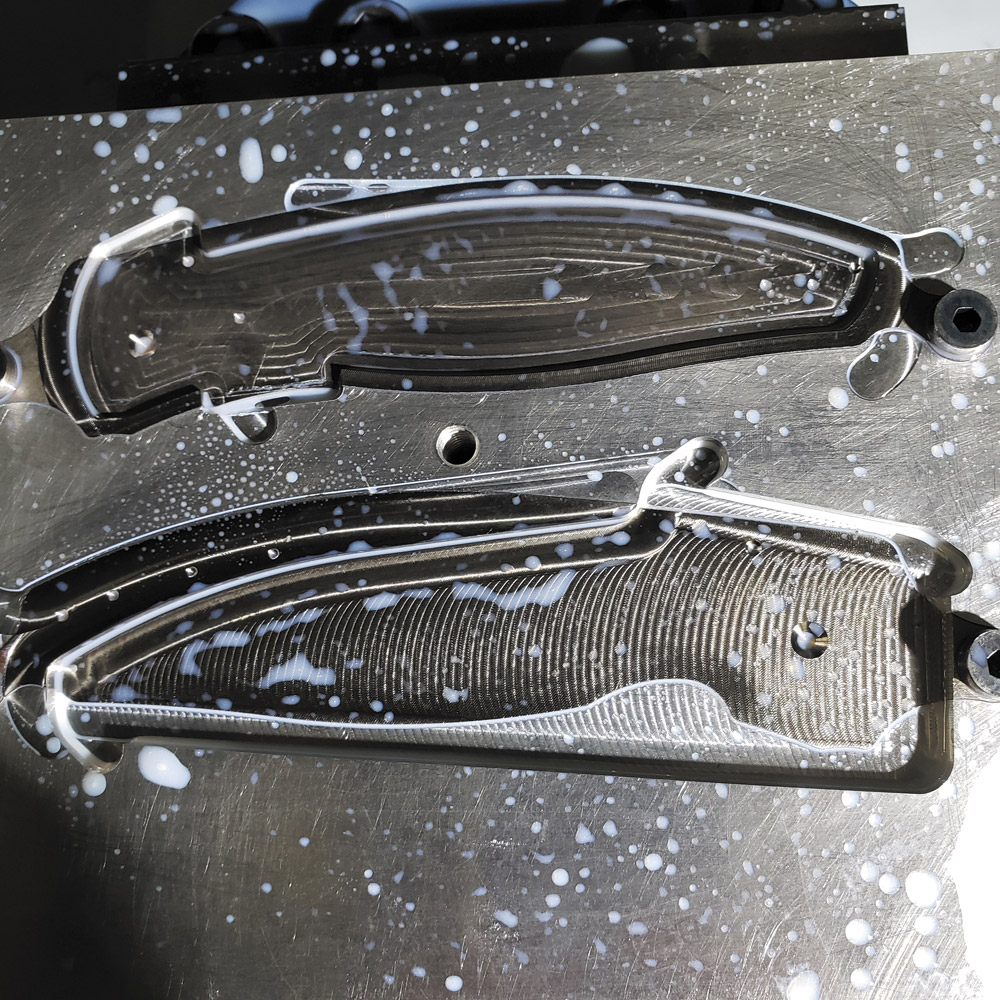 Early prototyping of the new ATOMicTiCOON Scales on the CNC.

KI: How did your prior OEM supply and manufacturing experience influence TRM folding knives?

Many OEM knives had our influence, with some designs being presented on a napkin (literally). Many knives needed reverse engineering in-house so the knife would function as a knife. In other instances, we were given liberty to add our own design features.

Halpern’s OEM parts (millions) business is still growing. In the last year, we have eliminated OEM knives to develop the TRM brand. 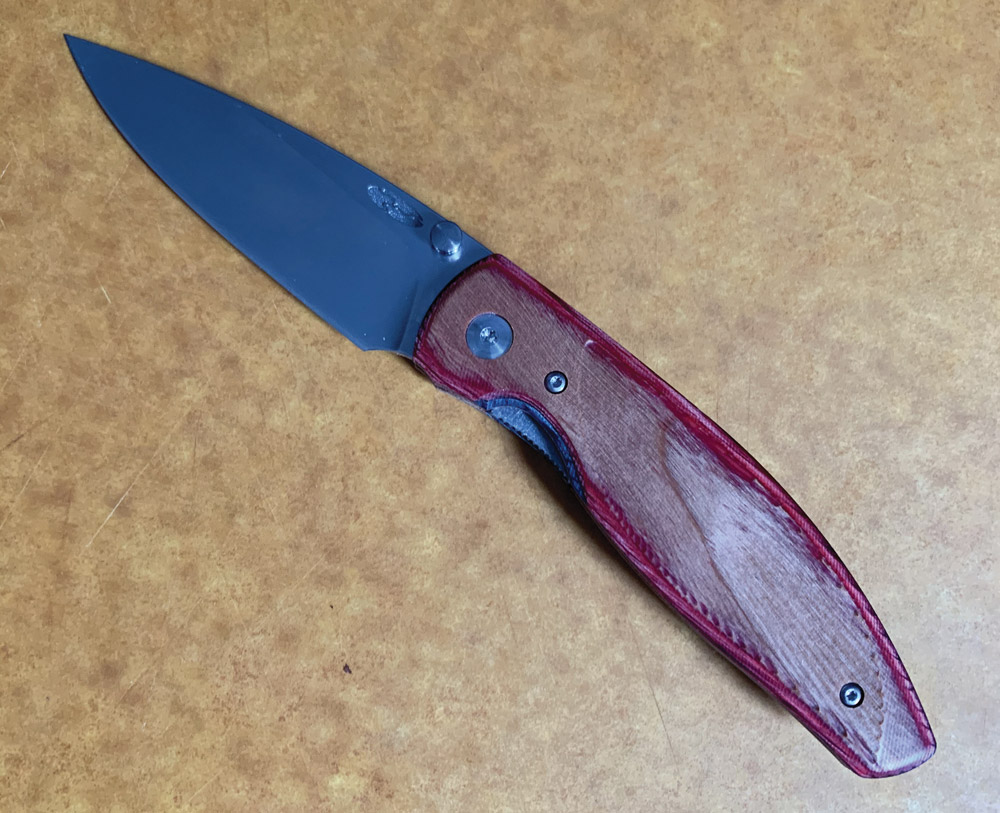 The TRM Atom was named “Knife of the Year” by both Nick Shabazz and Slicey Dicey. 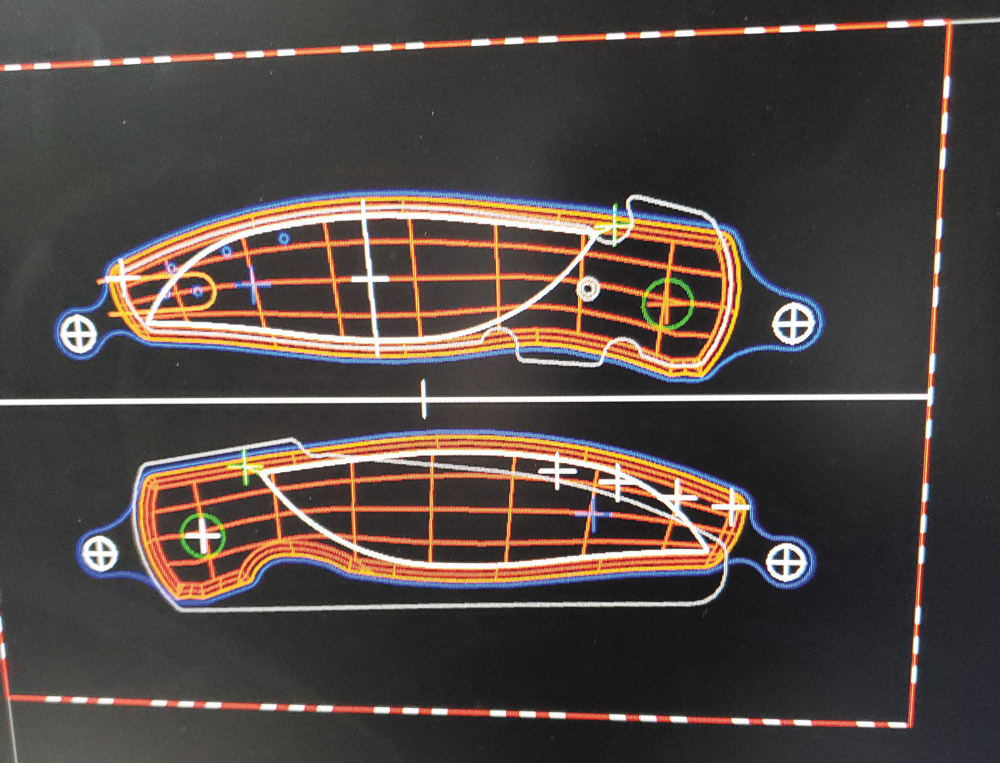 CAD drawing of the ATOMicTiCOON Scales.

KI: What is the aspect of your designs that you’re most proud of? Blades, ergonomics, weight, the interchangeable scales?

Marianne: We are proud that we predicted the knife world was ready for a thin, lightweight slicer with classic lines. Our combination of high-quality materials and 0.090-inch slicey blade hit the market with a bang. Making our knives 100% in the USA is our proudest accomplishment. If someone said, “Draw a knife,” we feel the Neutron and Atom would be that — our classic lines work!

KI: What knife finds its way into your pocket most often, what tasks do you use your knives for the majority of the time, and has that influenced your company’s design philosophy?

Marianne: Our knives are designed to be used as everyday tools for cutting the things that users actually cut every day. Cardboard boxes, apples and carrots, etc. They’re a perfect knife in steak restaurants when you are supplied with a “steak saw.” Clam shells don’t stand a chance. Yes, our knives from the Atlas to the Atom are all designed for cutting, right out of the box. Not to be safe queens. They aren’t intimidating and can’t be considered threatening in public. The thumbstuds can be used to roll out the blade. Speed flicking is not a requirement for our knives. I’ve been carrying a Neutron every day for a year and the 3-inch blade is a perfect size for my hand. It’s so light, I forget it’s in my pocket. 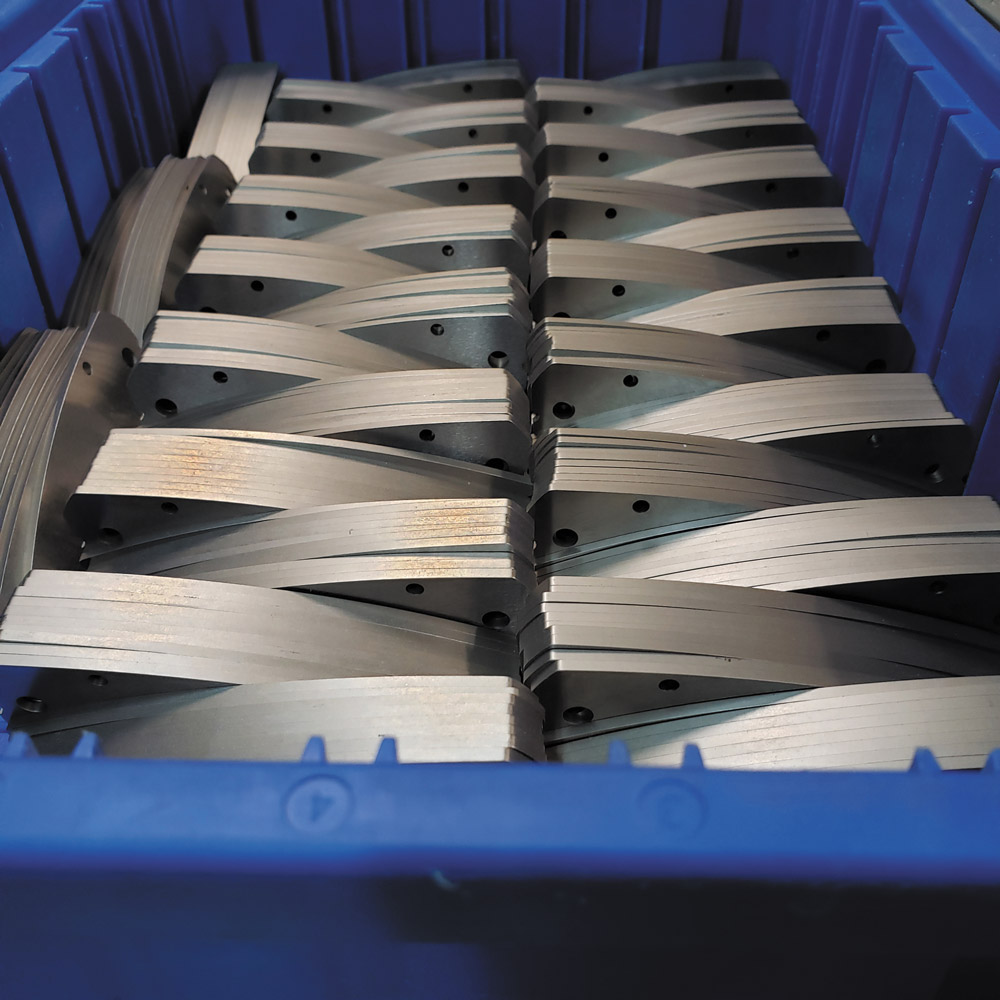 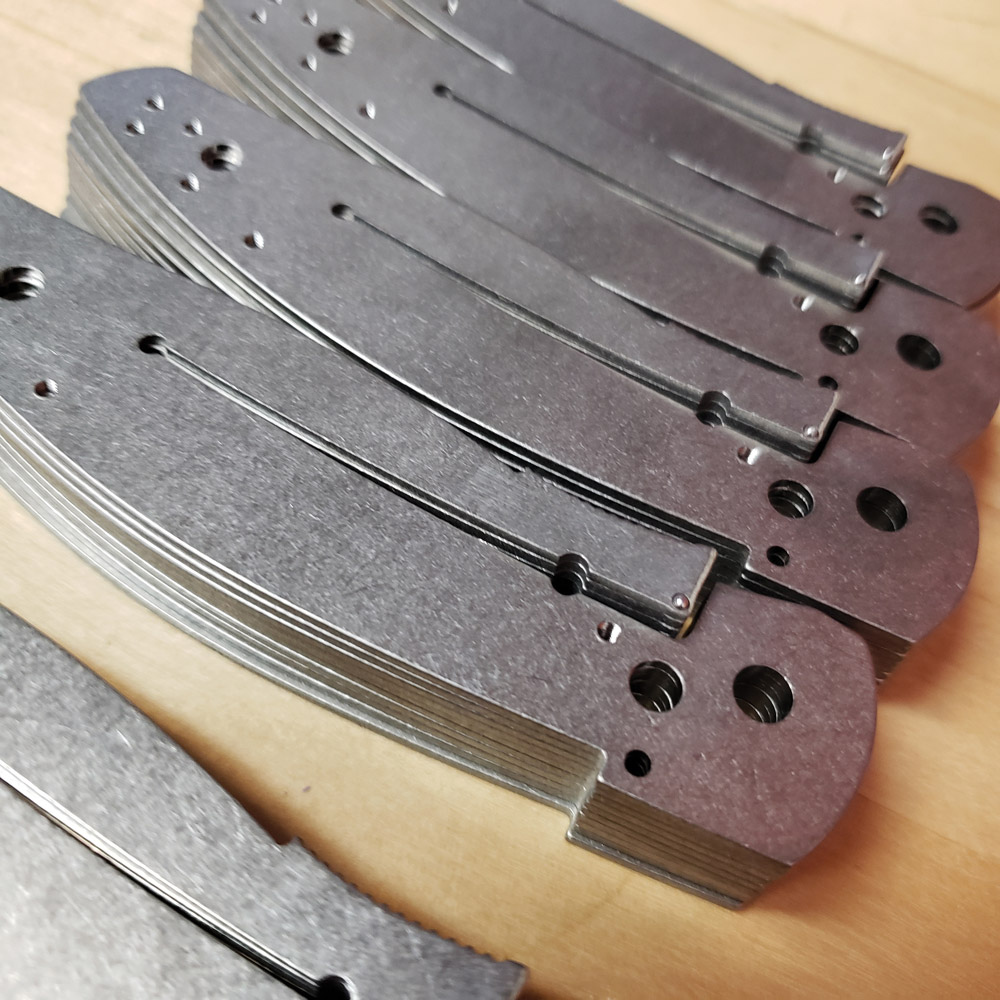 KI: Have you experienced any challenges being one of the only women at the head of a major knife manufacturer?

Marianne: Having been in a manufacturing setting for over two decades, I don’t feel challenged being a woman in the knife industry. Les and I have worked hand in hand throughout the development of our businesses, each offering very distinct skill sets. My background as a Special Education teacher required organizational skills and the ability to plan long term goals. Lots of experience with adolescent boys has proven invaluable in social media. Our Instagram and our Facebook Group have been a natural progression for interacting with customers, one by one. Interacting directly with customers is natural and fun. Spreading that positivity and great customer service throughout the company was part of my extensive training in teaching.

Since 1997, I’ve worked with individual customers (95% men) and many men and women in large knife companies. In any case, our customers don’t care that you are a woman, as long as you can deliver quality folding knives. 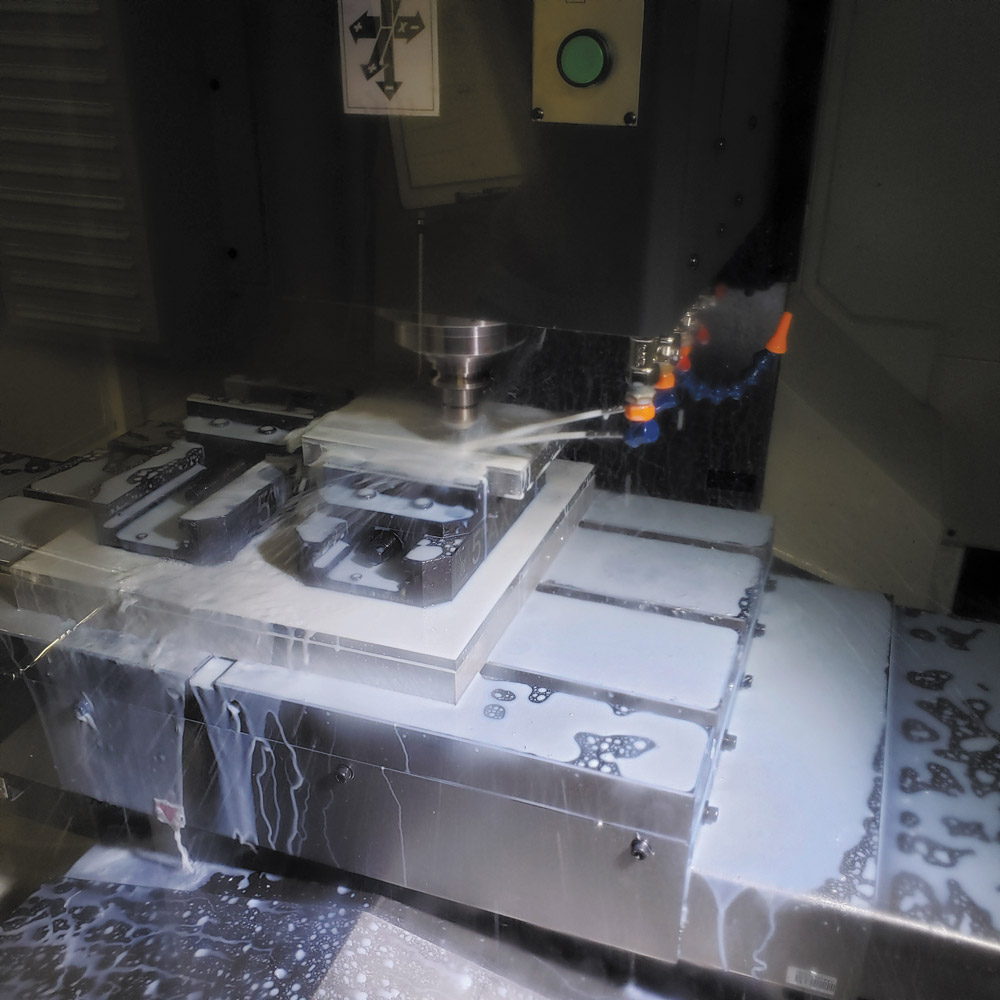 KI: Your folding knives sometimes take a while to get. I know you’ve made huge strides to alleviate that. Can you talk about how your ordering process has evolved and what you’re doing to make it better?

Marianne: We’ve tried different methods of releasing our knives. We tried waiting lists, release dates and times, and random releases. As long as we’re selling as fast as we can make them, someone will be disappointed. We’ve recently begun a pre-order plan for the Neutron and Atom. Knives will be available on specific dates and paid in full. This isn’t a list that extends 6 months or a year. All knives will be delivered within four to five weeks of the order. We don’t want to hold anyone’s money for months and we want to keep our scale options fresh. Each new pre-order will feature one or two special scales. Details and upcoming options will be kept up-to-date on our website.

Each knife in production has separate batches in one of three stages of production. One batch of blades is being waterjet cut, another batch is being bevel ground and a third batch is in assembly. Now, take 3 knife models in process at once — 9 batches of blades. I think you can get the idea! We don’t manufacture a batch of knives from beginning to end, then start all over. TRM is committed to the continued success of our Neutron and Atom as the foundation of our brand. All knives need components with different lead times, custom screws (12-14 weeks), custom pivots and spacers (3-4 weeks), steel (8-12 weeks, if not in stock). As you can see, a tremendous amount of coordination is behind a company developing a product line.