The trade has a lot of talented people making awesome blades. Here is a collection of unique knife makers that you should get to know and follow.

We present … in no particular order

From surpassing all of the males on her rifle team as a teenager to being on the hit show “Naked and Afraid,” Kaila Cumings strives to be the best in all of her endeavors.

As a knife maker with a background in tactical firearms shooting, and hunting; Kaila is the ultimate survivalist. She took on both the 21-day and 40-day challenge of “Naked and Afraid” and has made her mark in an industry dominated by men.

Kaila has been a full-time knife maker for about 5 years. In a past interview with Knives Illustrated Magazine, Cumings said, “I basically live out in my shop. It’s my home away from home. I work 7 days a week from sunrise to sunset. I’d say I put in a good 12-13 hours a day.” 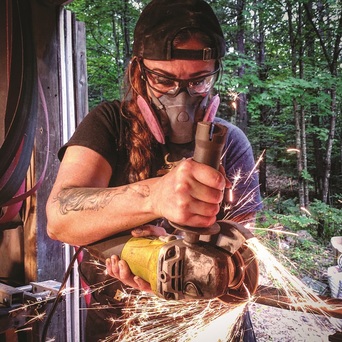 Kaila creating knives in the shop

A master of many trades, from sheath-making, to knife design, and even illustrating a book, Bernabe is a creative soul, if you ever saw one.

As the owner and founder of Big B Leather Works, he says what inspired him to get into creating sheaths was his displeasure in the sheaths he would get for his knives. He also designs dog collars, belts, cuffs, bracelets, and more.

Bernabe’s shop is in his home and his long-term goal is to move into leathercrafting full-time.

Learn more about Big B in our December print edition of Knives Illustrated Magazine. 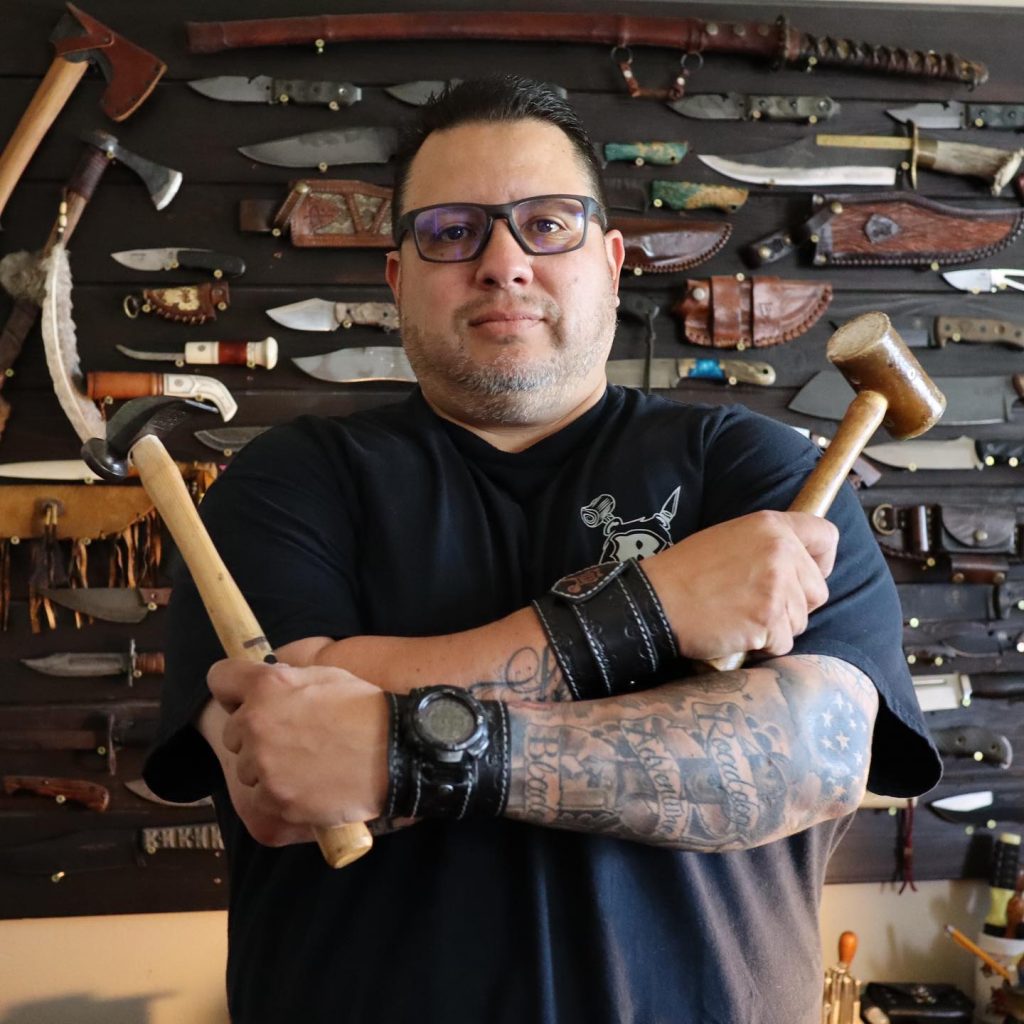 Big B in his leatherworks shop

We sat down with Peter Kohler and asked how his journey as a knife maker began.

He said, “I went out hunting, one year and couldn’t afford the knife I wanted. Since I had already made my own bow, I decided that I would make my own knife. When my hunting partner wanted one as well, it kind of just took off from there.” This is coming from someone who was once a respiratory therapist and is now making knives full-time.

As the owner of Dark Timber Custom Knives, Peter is a giant in the knives-making industry. If you have not already purchased one of his knives, the closest you can get to a DTCK is to purchase one of the mid-tech knives. 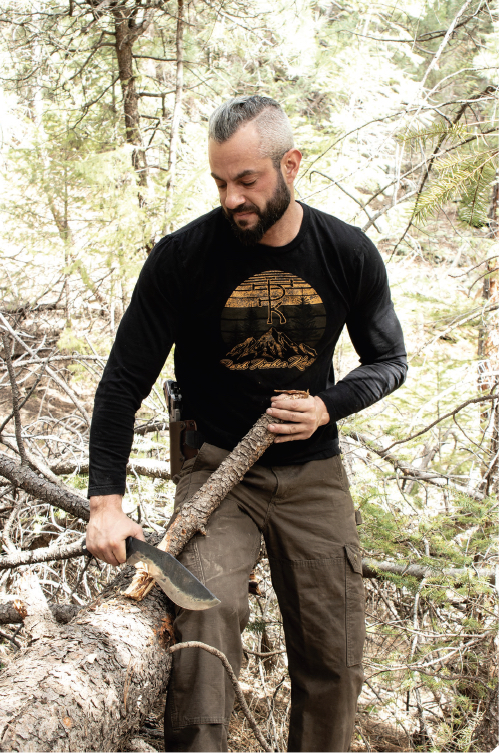 Peter appeared in the October 2019 issue of Knives Illustrated Magazine

In the words of Matt, “A fixed-blade is always where my heart lies. It can be used in a greater range of situations.”

Knife maker and survivalist, Matt Wright, uses his real-life experiences to help craft blades that are multi-dimensional. Matt credits his service in the military for helping take his knife making ability to the next level. He even created a special knife for the “Naked and Afraid” challenge which could endure different environments and chores.

“My knife has been a shovel, a hammer, and even a pillow.”

Matt Wright is a 5-time “Naked and Afraid” pro

Doug is a decorated knife designer and has served as a judge on “Forged in Fire” for many seasons.

With a background in six forms of martial arts, including Kali, Doug Marcaida enjoys making combat knives that can be used for self-defense purposes.

In his words, “In the course of my study in Kali, I designed my knives based on how I trained with the art.”

A combat knife is to be made differently than non-combat knives. Attributes such as wield-ability, ease of carrying, and sharpness are vital. 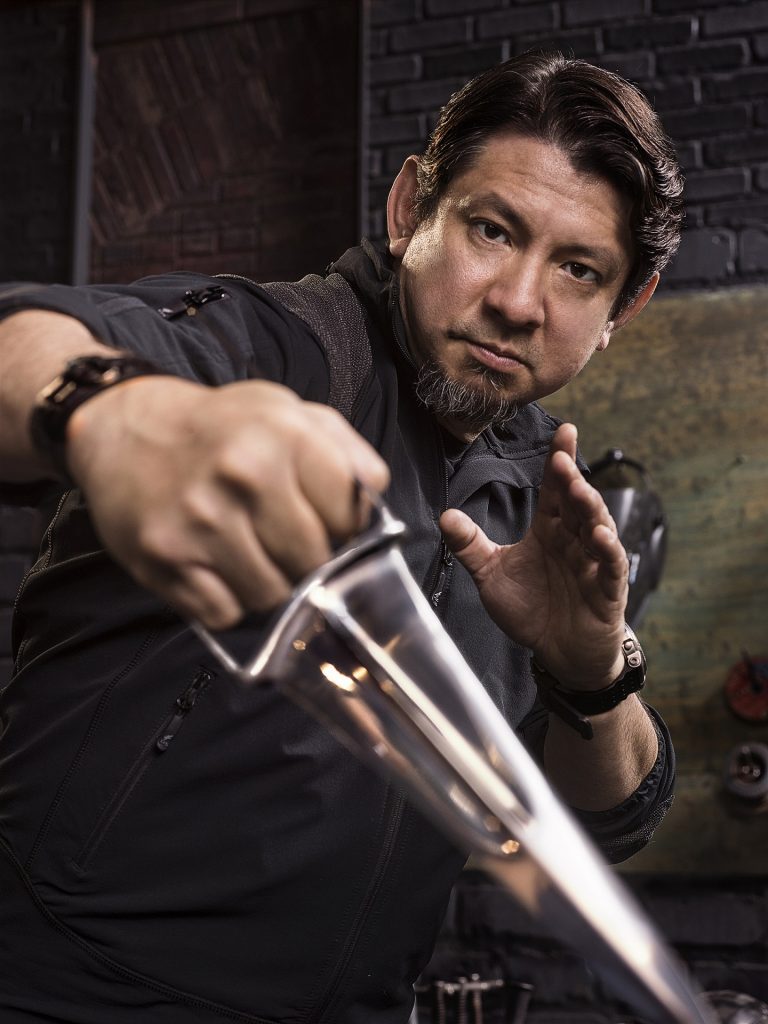 Doug Marcaida is a master with a blade

Do you have a favorite knife maker or designer? Let us know in the comments.