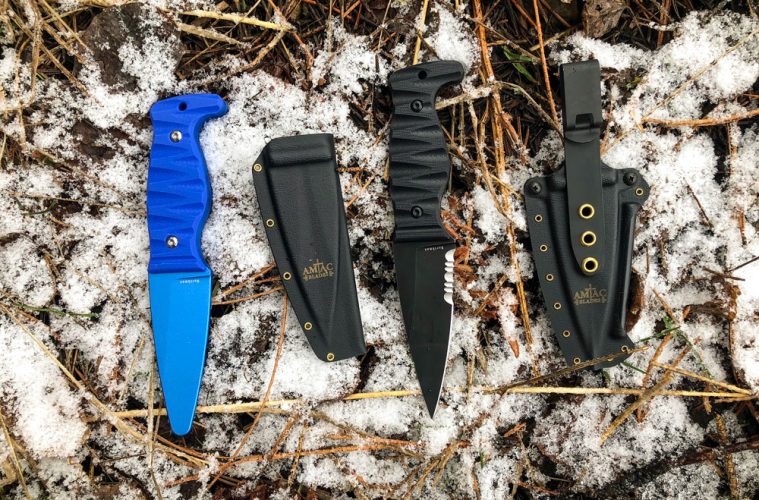 Bill Rapier, the owner of Amtac Blades and American Tactical Shooting Instruction (Amtac Shooting), recently retired after 20 years in the Navy. During his service, Rapier was a member of SEAL Team 3. You’re about to walk his path. 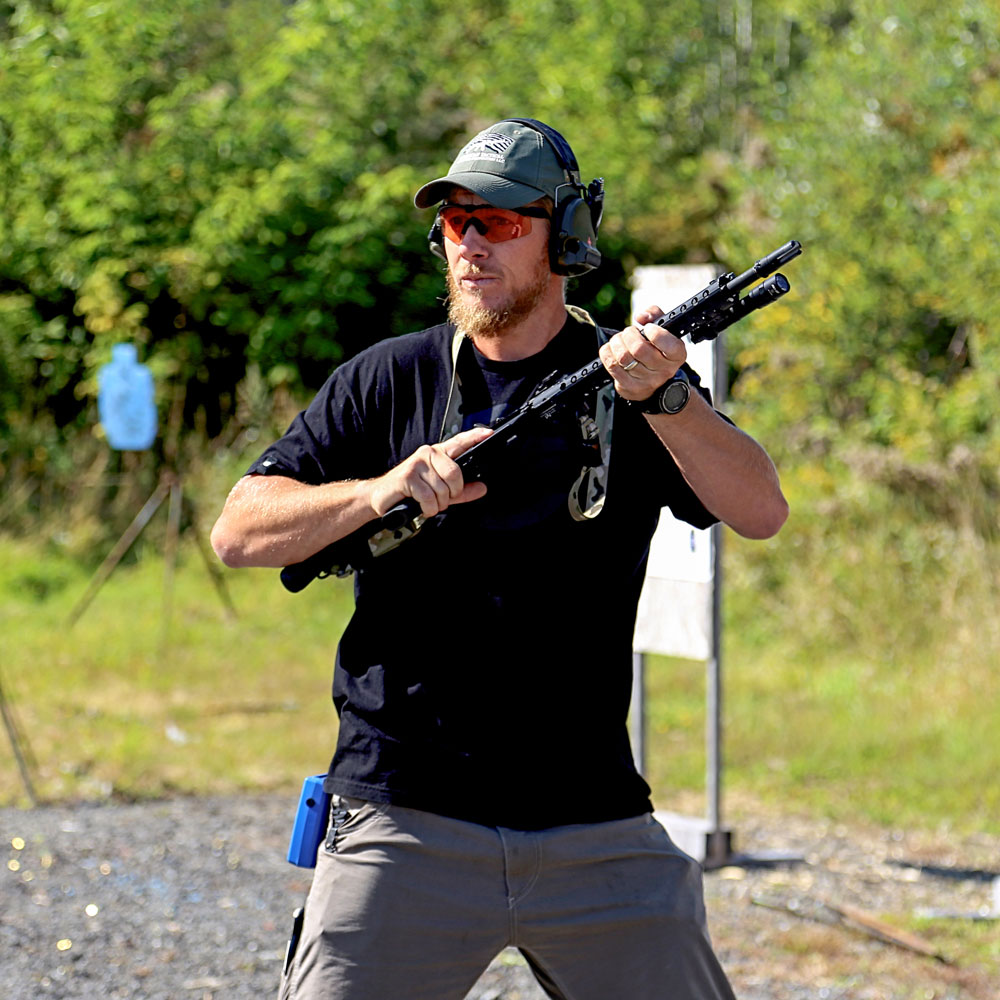 I enlisted because that is what God wanted me to do. Since I was 5, I wanted to be in the service. What was the appeal? I think God just puts us in different things and gives us our own passions and desires.

As long as I can remember, I dressed up and played Army. Think about it. Why do some kids pick up trucks? It’s just the way we are made or wired.

When I was in high school, I started to think about how I would serve … fighter pilot, service academy, or any of the other options.

Eventually, I looked for the hardest organization to get into, and the SEAL teams looked like the best choice. Here we are 25 years later.

The caliber of guys with which I served. That is my best memory. From across the nation, how many young men are fit enough for the military? That number probably cuts out a huge percentage of the population.

For those that enlist, then they have to go through boot camp and a trade school, etc. Then there’s more training. By that point, the military has downselected through a lot of people.

For those that remain, they are solid guys. That leaves some high-caliber guys with good reputations for SEAL teams, but then they go through another selection process in which half do not make it. At every level the selection process keeps happening.

On SEAL Team 3, I served with really amazing guys. Unfortunately, there are quite a few who are not around anymore. Our weakest guy would have been the star performer anywhere else.

The most gratifying aspect of my service was our ability to take the fight to the enemy. When I first checked in at SEAL Team 3, I discovered that there were some current guys who had been in 20 years but had missed things like Vietnam.

I was terrified that 20 years may pass and that I would never do anything for real. Then 9/11 happened.

Fortunately, we had the political leadership that had the “stones” to take the fight to the enemies. It was gratifying to do that, as well as it was to learn and get better. And we got way better. 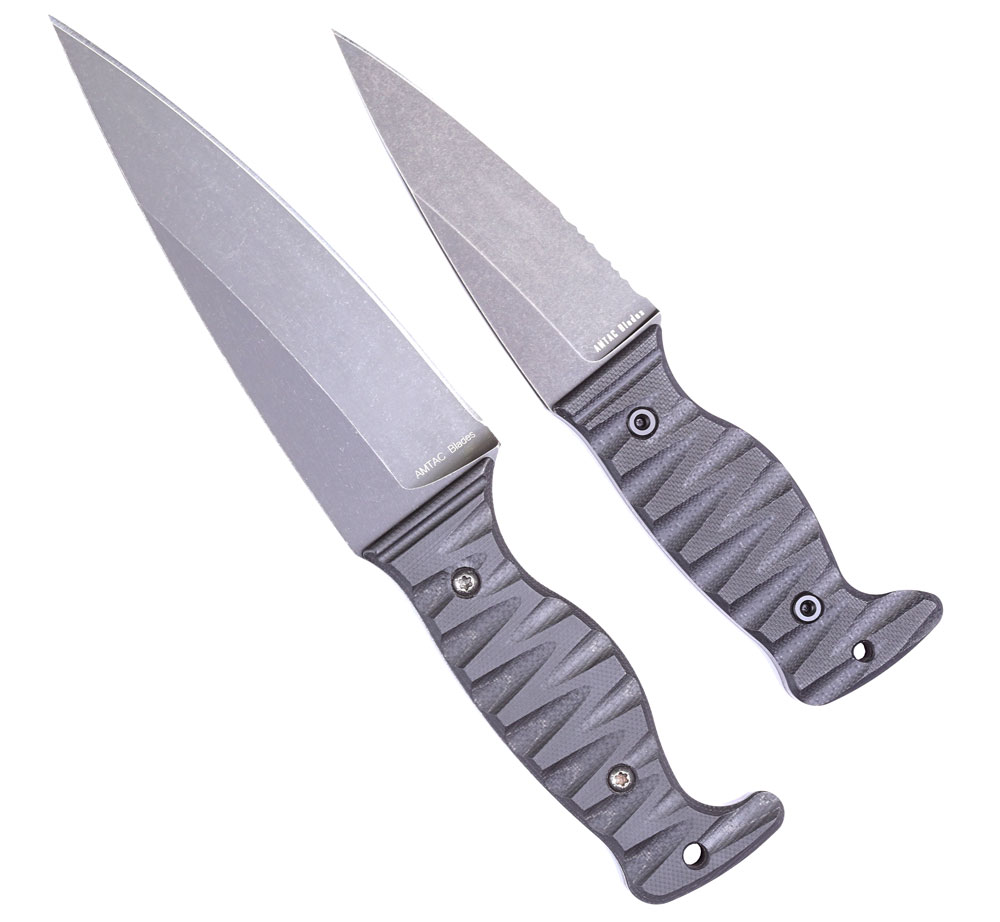 My interest in knives began when I was young. I was a missionary kid and lived in Germany from the ages of 5-12. During that time, I’d go to the local stores and buy old German bayonets and Swiss Army knives.

I also received knives from a grandfather. My dad helped me make a box to keep my collection in, and I still have that. It is cool. I will eventually divvy it out to my kids. From that time, I always liked knives.

In the mid-2000s, I joined the Sayoc Kali (knife fighting) organization, and that really opened my eyes to understanding the use of knives. I can look at a knife and see its purpose.

As a combative guy, I know what to look for in a blade. That has shaped the way I design blades and the way I carry them.

“AT AMTAC BLADES, WE MAKE A COMBATIVE FOCUSED-KNIFE THAT HAS DUAL USE FOR THE BACK COUNTRY.” — Bill Rapier of Amtac Blades

Amtac Blades started as a conversation with my friend, the “Northman,” whom I met through my training business. Making new friends through training, by the way, is a cool dynamic that I had not expected when I started the business.

I told him I wanted a fixed blade knife that would fit in my front pocket to replace the folding knife that I was using for my cutting tool.

From a combative perspective, I was looking for a number of things. For example, I thought it would be cool if the knife sat deep in my pocket inside a Kydex sheath.

After that conversation, I didn’t think much more about it, but three weeks later I received a package in the mail that contained a knife prototype.

We kept refining it in a number of ways, including messing with the pocket sheath and different clip variations, and I got a new knife each month.

Over the next year and a half, we continued to test, modify, and refine it until we had something that met my initial vision: the Amtac Blades Northman.

Eventually, I asked my buddy who built the prototype and others if they were OK if I started a business doing this. I got the thumbs up from the guys to give it a roll. Two years later, we’re 500 knives into it. It has been a cool road.

I want to make clear that I was not alone in designing this knife. I provided an overall vision as to what I wanted to see and then guys that are much better than me provided input and technical know-how to make it happen.

So, I want to give a special thanks to “Northman,” Tuhon Tom Kier, and Jake Hoback for providing guidance and technical knowledge.

Also, thanks to all my students that provided feedback and to all the warriors and soldiers that came before us and collectively passed on their combative knowledge to make us better.

I think the key to running two businesses is to treat people right. I think it’s also important to be passionate and stubborn and believe that the business is going to work.

Good counsel is also critical. I am blessed with good friends in the blade industry, as well as in combatives and shooting. I can bounce ideas off guys.

Along those lines, in my warranty section, I remind customers that we make knives, not crowbars or screwdrivers. I advise them to carry those items if they need them because that will increase the life expectancy of the blade.

Still, I have fixed the problems some customers have had. I take care of my customers. It makes people happy, and it is the right thing to do. It creates loyalty.

I retired from the military in June 2014, and I was ready for a change of pace. I had 10-plus combat deployments, and some of my friends had been killed. I felt like it was a good run, and I was blessed to be part of cool stuff. Now the focus is on family. The top three things I do now are serve the Lord and focus on being a good husband and a good father.

At Amtac Blades, we make a combative-focused knife that has dual use for the backcountry. It is something you actually carry. After that, we are a vet-owned small business.

We’re also an extension of Amtac Shooting, which teaches Americans how to do their jobs better, part of which is to protect themselves and their families. 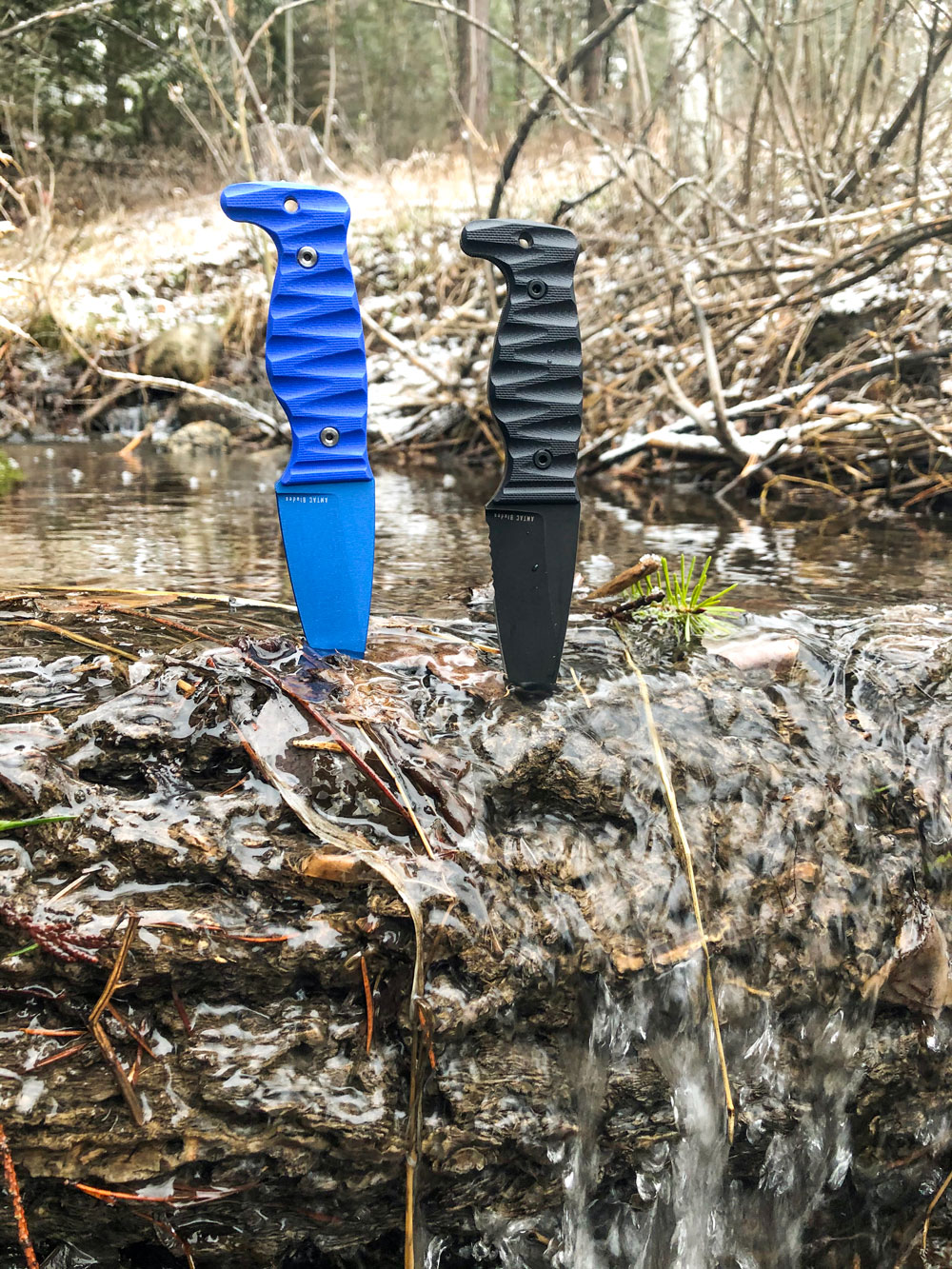 The Magnus and the Trainer blades from Amtac Blades.

The Northman, a fixed blade pocketknife, is our flagship product. You can also carry it in a belt sheath. It features M390 steel, the blade thickness is 5/32, the blade length is 3 ½ inches, overall it is 6 7/8 inches and the blade weighs 4.3 ounces.

The fire sheath weighs in at 1.6 ounces. It is quickly deployable, and the blade, fire sheath, trainer, and storage are included.

There have been some recent upgrades, too. The blade spine is more square and sharper, which allows you to use the spine to strike the ferro rod. The punyo has been opened up slightly, which creates a more positive draw stroke.

You’ll also notice jimping on the top and the bottom toward the handle’s rear. The handle is now slightly lighter, too. The blade is available serrated and non-serrated.

The Magnus, which is our scaled-up version, features a 5-inch blade and CPM20 steel. For versatility, the blade spine is sharp, so you can strike the ferro rod. Currently going for $550, the Magnus comes with a fire sheath, trainer and storage sheath.

The Northman features M390; the Magnus is CPM20. When a blade is used for flesh, it does not matter what steel is used.

For a tool, having better steel is good. Our goal is to put out a premium product, so we will use the best steel we can source.

I want to reiterate my gratitude to all my mentors who have helped me. None of this would have happened without those guys. They are my Tribe.

“The most gratifying aspect of making knives is teaching a [combatives] class in which guys are carrying my knife. That is awesome. Plus, there are a couple guys still doing the deed [carrying the blade downrange] that are carrying them.” —Bill Rapier