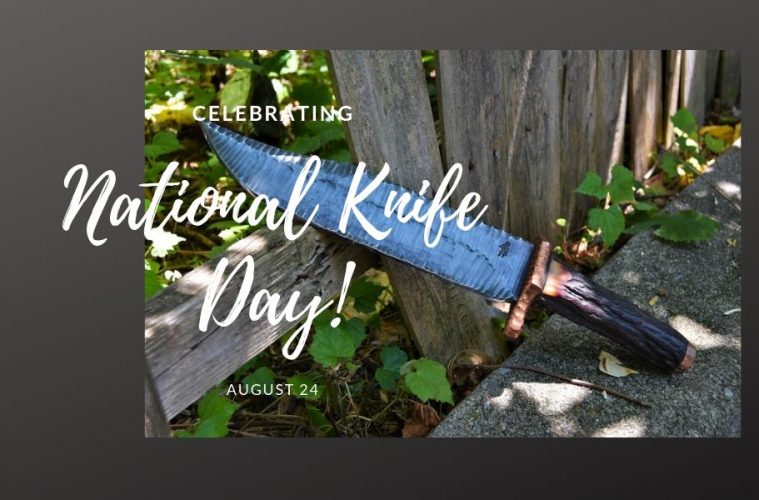 National Knife Day is commemorated on August 24 of every year. Imagine how worse your situation will be when you hadn’t had the knife. The invention of the knife has made every culinary skill and things which need a cut an easy task. The National Knife Day celebration is observed as an appreciation to the knives which we use daily. Mark this day to celebrate your knives that made every work of yours manageable.

“Having sharp, great knives will enable you to cook very precisely. Knife skills are essential in cooking.”
– Eric Ripert

The origin and the history of the National Knife Day are unknown. The day was originated as to show one’s gratitude to the tool that has made the cutting task easier. The knives are referred to be another hand for the humans as they reduce the workforce. Any knife is usually a tool with a blade or cutting edge, that is hand-held with most of them having the handle. It is to note that each knife various with shape, size, weight and the material used based on its usage. They were originally made of rock, bone, flint, and obsidian. As with the technology the blades being made from bronze, iron, copper, ceramics, steel, and titanium. There is a unique version of the knife in many cultures. The knives had even played a most significant role in some cultures in the form of ritual and superstitions.

Other Celebrations on August 24

August 24 is also celebrated as

Knives hold a better place with humans ever since the dawn of time. The knife is referred to as humankind’s first tool. Knives fall into different categories as they are used as weapons, utensils, tools, and more. Knife fights are prevalent in the world, and hence it is used as a weapon called daggers or switchblades. The utensils knives are used in the kitchen and dining table. Soldiers even use knives as a combat knife, hikers used the pocket knife, and the hunters used the hunting knife. It is even used in the field of agriculture and food harvesting. So why not we celebrate a day for such a useful tool which is indeed a part of every person’s life.

How to Celebrate National Knife Day

There are several ways available by which you can celebrate the National Knife Day. You can make the most of this Knife Day by learning how to use every knife for the different purposes. Try to chop your vegetables in the maximum speed as to reduce your cooking time. On this day, you can clean your knives or sharpen it for better use. National Knife Day is the perfect day for anyone who is to start learning about the knife. Post your National Knife Day celebration on the social media using the hashtag #NationalKnifeDay.

Thank you, for spending part of your day with Knives Illustrated!