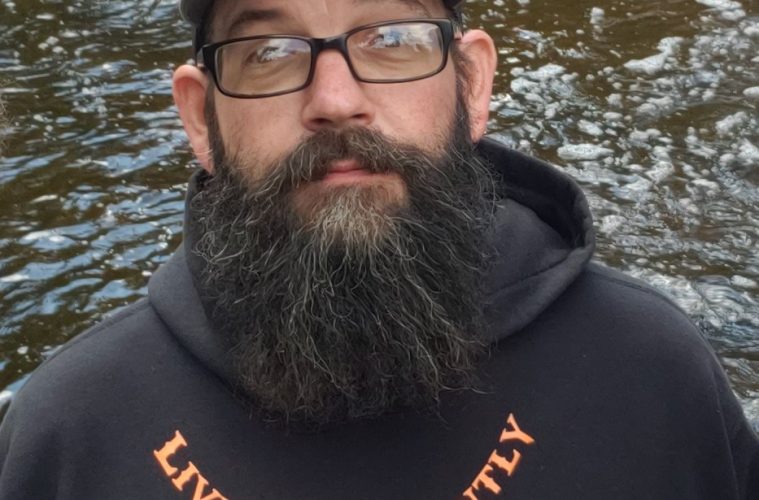 The knife community recently lost one of its biggest supporters. Matt Belz, of West Bend Wisconsin, died December 1. He was just 44 years old. Belz was a constant fixture at the tri-annual Grind-In held at Bark River Knives in Escanaba, Michigan and other knife events in the Upper Michigan and Wisconsin areas. He was something of a self-appointed mascot at the Grind-In, taking it upon himself to greet new people and make them feel like family. He was also a prominent member of several social media groups centered on blades. His joking manner and infectious laughter was welcome everywhere he went.

Generous to a fault, upon learning about someone in need of a knife, he would often send them something from his own extensive collection or order something from DLT Trading and have it shipped to the person, usually anonymously. Matt was a tireless promoter of several knife makers, including Bark River Knives, D. Tope Knives, and Vehement Knives. More than anything, though, he was a great friend to the knife world at large. He will be truly missed.