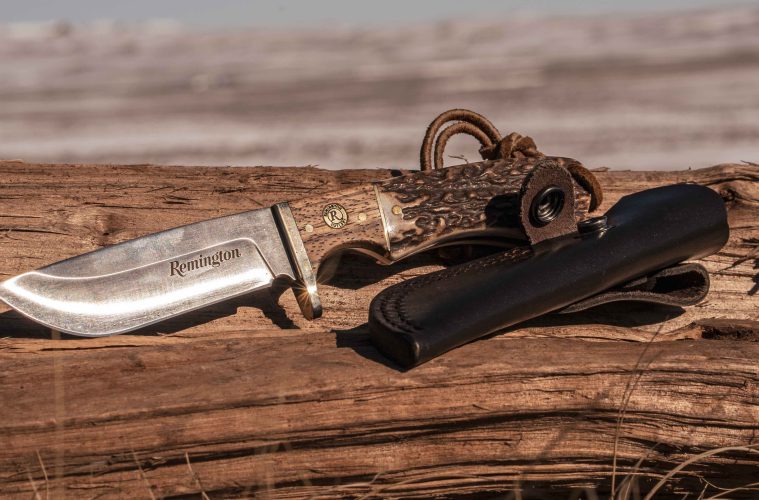 Remington knives are making a comeback. That’s welcome news. For years I roamed the woods with a Remington folder that was similar to a Boy Scout knife, except it included a saw blade in addition to the usual knife blade, can opener, reamer and screwdriver. I also had one I carried while hunting that included a tool for swapping Remington shotgun choke tubes. I also have a couple of their rubber-handled fixed blades residing in my camping bin.

Recently, Remington announced that the iconic lineup of Remington cutlery has been reborn. Remington fans, sportsmen and women, knife enthusiasts and collectors everywhere can once again find a variety of Remington cutlery showcasing familiar Big Green branding and quality. The new and comprehensive assortment will soon be available to purchase in stores around America as well as on www.Remington.com.

“So many of us grew up with a Remington knife or two in our pockets,” said Remington Director of Accessories Danny Evans. “Having Remington knives back for the next generation represents such an iconic part of the Remington name and history.”

More on the Horizon

Additionally, the initial line up of cutlery includes the hand-crafted in the USA Bullet Knife, an Everyday-Carry or EDC line up of knives, a Sportsmen’s Series with many options of cutlery perfect for an outdoor lifestyle, and a variety of Collectable Tin Gift Sets featuring art from the Remington collection and wild game scenes.

More information about Remington cutlery and Big Green ammunition can be found at www.Remington.com or on Remington’s e-newsletter and social media accounts.