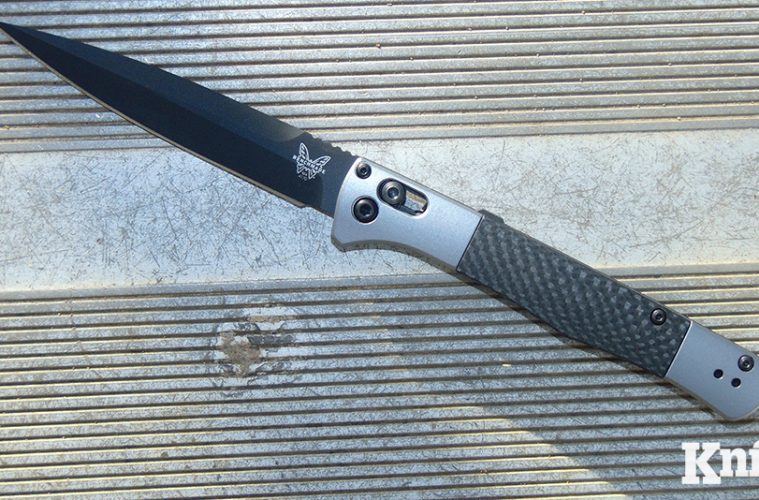 Sometimes you need to go backwards to move ahead into the future, and the Benchmade Auto Fact does just that.

Inspired by the classic Italian stiletto knife prominent just about everywhere decades ago, Benchmade took this universally recognized design and upgraded it for today’s world with modernized materials and state-of-the-art opening mechanics.

The switchblade stands as one of the most iconic knives ever created and has appeared everywhere from classic cinematic spy thrillers to the shady streets of New York City to the back pockets of the ’50s and ’60s street gangs.

Now, the always innovative Benchmade Knives has elevated the design and given it a more positive image.

So, you now have the chance to own such a weapon for yourself, one that deserves to be both in your pocket for any unexpected need, as well as displayed prominently on your shelf due to its incredible beauty and style. 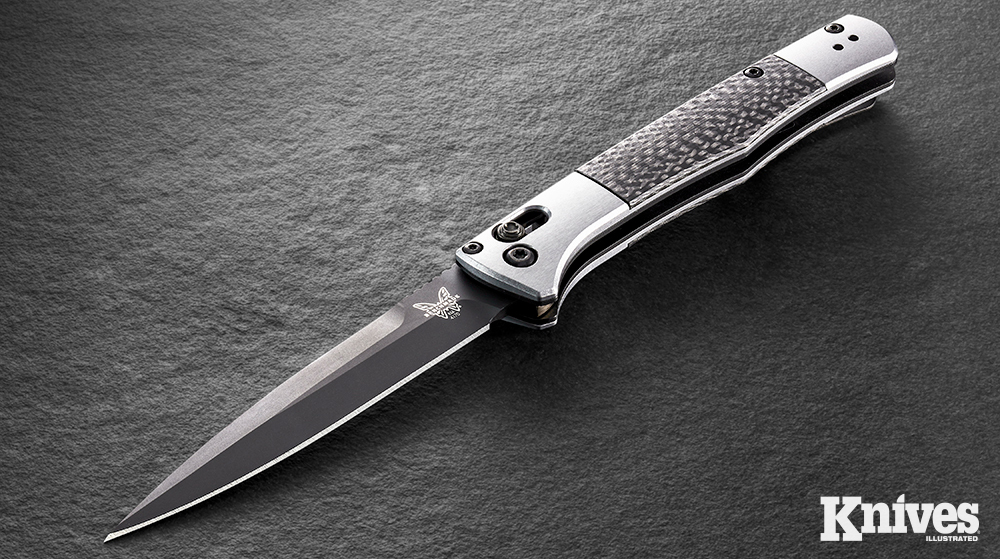 The Auto Fact is a modernized version of the classic Italian stiletto knife. The smooth lines of the handle coupled with the spear-tip blade create a formidable weapon.

Being able to review this sleek new member of the Benchmade family will allow me to do two things. First, I’ll determine if the knife’s functionality and construction complement its obvious awe-inspiring appearance.

And second, once all the dust settles after the tests, will I overwhelmingly urge knife-consumers to rush out to scoop up this classic before they’re gone?

The board is set, so let’s play… 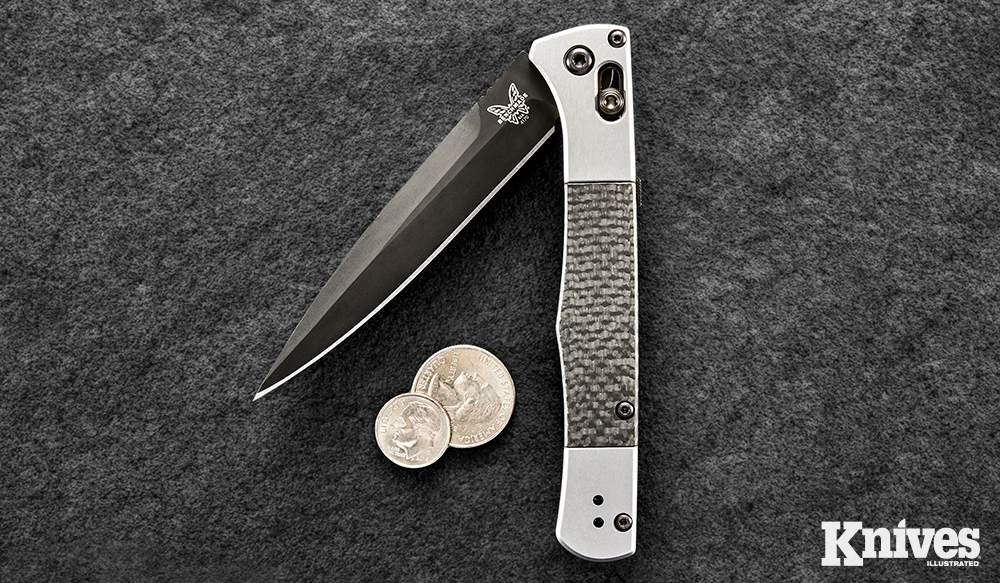 Comparatively speaking, the width of the Auto Fact is no wider than a quarter, which only adds to its sleekness

The Auto Fact arrived in a cloth pouch nestled within a Benchmade branded, foam-lined box. Once opened, I immediately knew I was in for a treat. The 6061-T6 aircraft-grade aluminum bookended the carbon fiber center area of the handle.

The texture of carbon fiber is unique. With a light touch, it’s smooth and you’re able to slide your hand easily across it. But when you add a bit of pressure to your hand, the carbon fiber surface offers a surprising, good grip between the knife and your hand. The Auto Fact exhibits this characteristic also.

At less than 5 inches closed, this knife fits comfortably on the inside of a pant or jacket pocket.

The Auto AXIS mechanism can be deployed no matter which hand you hold the knife. The release is available on both sides. The tension was enough that I had to add a bit more pressure than I initially figured, but upon repeated use it became comfortable and natural to operate.

The blade sprang open with a fierceness and locked into place without missing a beat. It featured a spear-point design and black finish across the entire length of the blade. When opened, the knife displayed a streamlined shape nearly 8 3/4 inches long.

The Auto Fact does indeed borrow a lot of inspiration from the classic stiletto of the past. The first noticeable difference is, of course, overall quality, but also the shape of the handle.

Unlike the stiletto’s symmetrical handle design, the Auto Fact has a full-length, nearly straight edge on one side, with the opposite side sporting subtle curves at both ends. 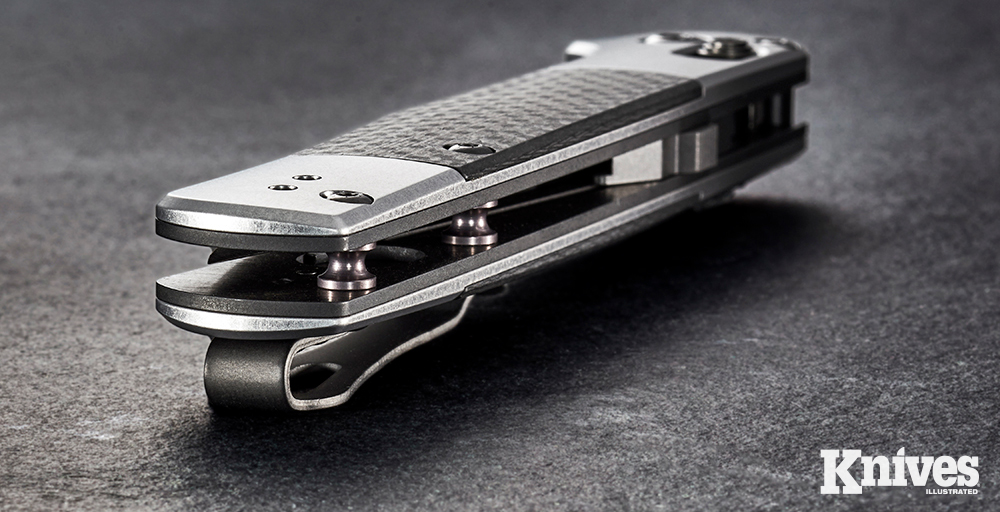 Benchmade takes pride in the fine details, like smooth and polished interior bolts and fasteners. Carbon fiber inlay on the aircraft aluminum handle create just the right amount of both give and stick when secured within your grasp.

I practiced several tactical and self-defense related movements with the Auto Fact, and it deserved high marks for its performance. The knife felt very good in my hands. It was easy to grip and yet allowed for very fluid motions and transitions. I went from a normal grip to a reverse grip with little effort.

The knife blended with the contours of my hand and landed within my palm each and every time. The blade, I’m sure, would be very intimidating to anyone foolish enough to face it, with both its razor-sharp edge and its acute spear-tip. 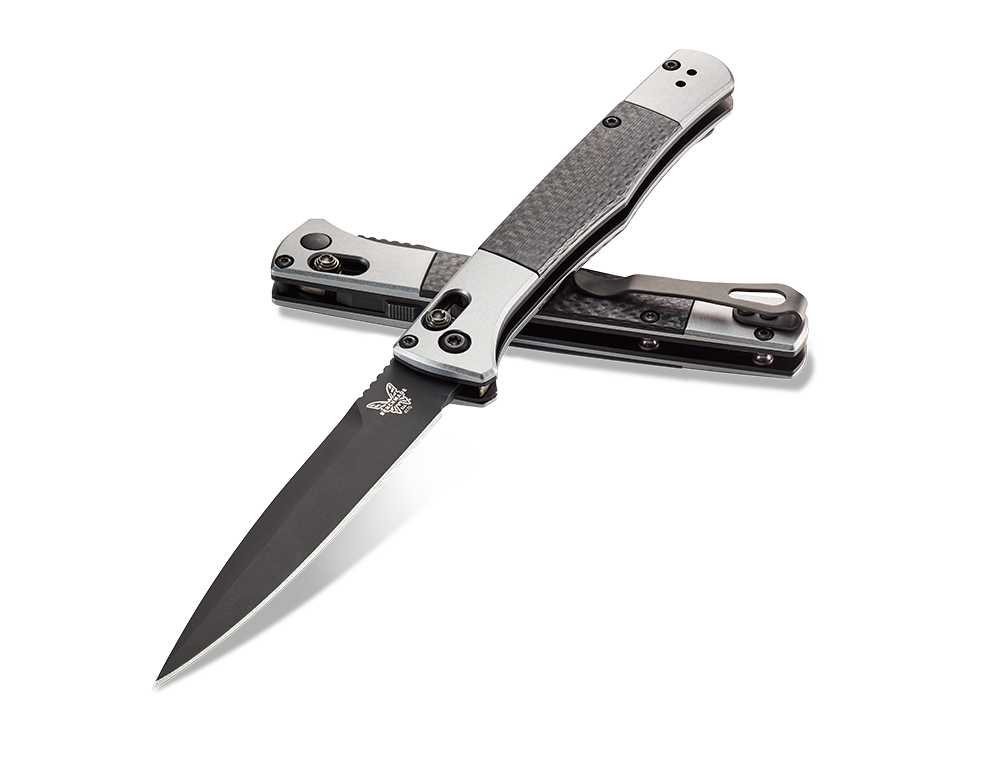 From any angle, the Auto Fact is a true example of taking a classic knife design and modernizing it for today’s knife enthusiast.

The one aspect I really loved about this knife was its handle length. No matter if I was holding it in a normal grip or using a reverse grip, at least an inch or more of the butt protruded past my hand. For those who use knives both offensively and defensively, this is an absolute plus.

The butt or pommel end of the knife can be used effectively in three situations: first, as a striking instrument against an attacker’s face; second, as a third “hand” to lock an attacker’s joint such as an elbow; and finally, as a pressure point precision striker, which can shock an assailant’s nerves and thick masses of muscle tissue. 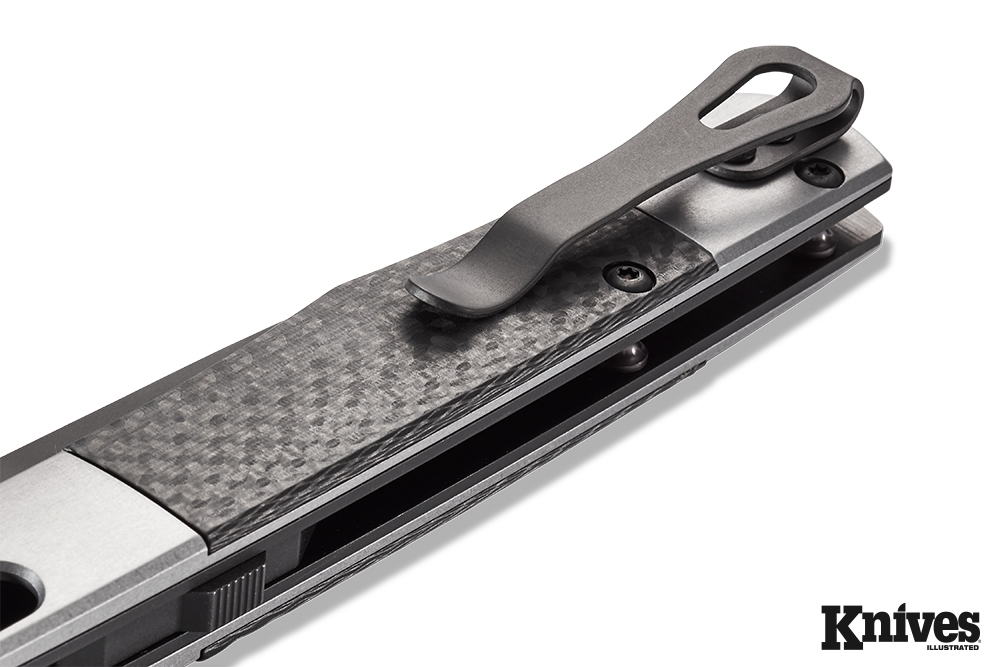 The integrated pocket clip allows you to clip the knife to an interior front pocket with ease.

What sets this stiletto apart from other knives is that it offers both effective cutting and stabbing. Now, one may say other knives do this too, and that would be true. However, few other knives do both jobs equally well and one is not more efficient than the other.

Both perform when push comes to shove. This truth makes the Auto Fact an invaluable multi-use knife.

“The Auto Fact does indeed borrow a lot of inspiration from the classic stiletto of the past.”

The long handle and spear-tip style blade allow you to generate a lot of power into a thrusting motion. This, coupled with a very fine tip, and you can penetrate nearly any material within reason.

I was able to stick the knife at least an inch deep into a thick mass of newspapers with very little effort and with no damage to the tip whatsoever. A chunk of wood? Not an issue. The knife bit into the dense material with ease and stayed firmly implanted.

It took a bit of muscle to forcibly yank the knife back out. Its stabbing presence was felt with just the few tests that I performed.

The almost totally linear handle and blade are ideal for puncturing and then slicing downward in one powerful motion.

As for cutting, the Auto Fact came out of the box sharp and ready to go. Just about the entire length of the blade was sharp, save for about a quarter of an inch near the bottom.

With little curvature to the blade, you can’t cut by rotating your wrist like other knives. Instead, it’s best to use a stabbing motion to penetrate the material then pull backward (and forward, and repeat, if needed) to cut through.

“The Auto Fact from Benchmade is a … precision tool that exemplifies greatness throughout all aspects of its design and performance.”

The Auto Fact from Benchmade is a remarkable piece of equipment. Not just a knife, but a precision tool that exemplifies greatness throughout all aspects of its design and performance.

Although it shares many characteristics with the classic switchblade, it is truly a knife with its own footprint and future legacy. Would I recommend it? Of course I would. 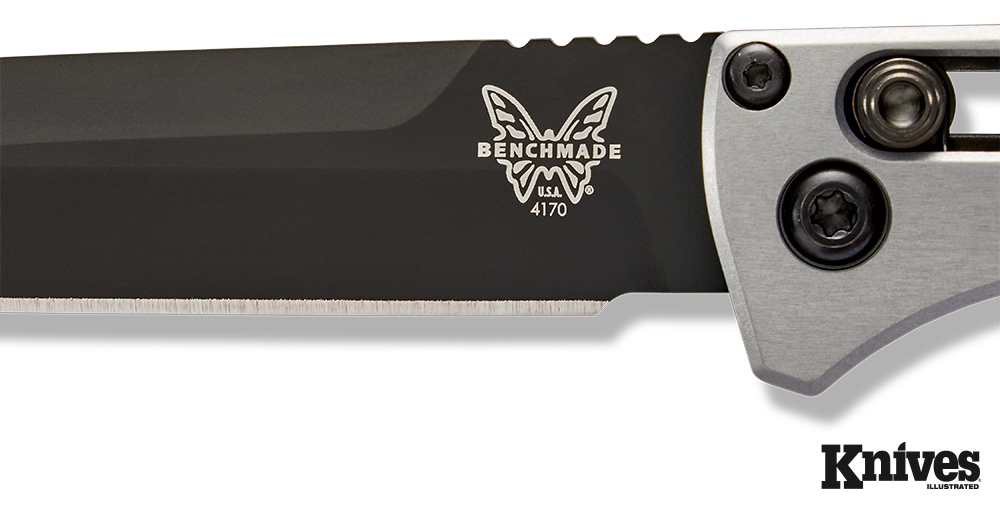 From any angle, the Auto Fact is a true example of taking a classic knife design and modernizing it for today’s knife enthusiast.

But it does have a heavy price tag that accompanies it. At $400, it may be out of reach for many people at this time, and that’s the one true negative I have with this knife. It’s unfortunate, because people will be missing out on an exceptional blade due to the price point.

However, if you do put some money away and save for this great knife, you won’t be disappointed. It’s well worth the money, and it will be a keeper for now and into the far future when it too, like the Italian stiletto, becomes an icon of its time.

SWITCHBLADES THROUGH THE CENTURIES

Most people associate switchblades with modern times, or more precisely, the mid-20th century. But truth be told, switchblades were constructed as early as the mid-18th century. Then, they were used as folding spike bayonets on flintlock guns.

About a century later, the switchblade “look” we recognize today was first manufactured. Some were basic, constructed of wood and iron, while others were expensive to own and were enhanced with silver alloy bolsters and stag handles.

Mass production followed, yet their reputation became tarnished as they were branded as dangerous and thought to be associated with rising crime levels. As such, bans of switchblades were implemented.

Only now, in the 21st century, restrictions are loosening for this weapon with a long and misunderstood history.

Editor’s note: A version of this article first appeared in the July – August 2021 print issue of Knives Illustrated.