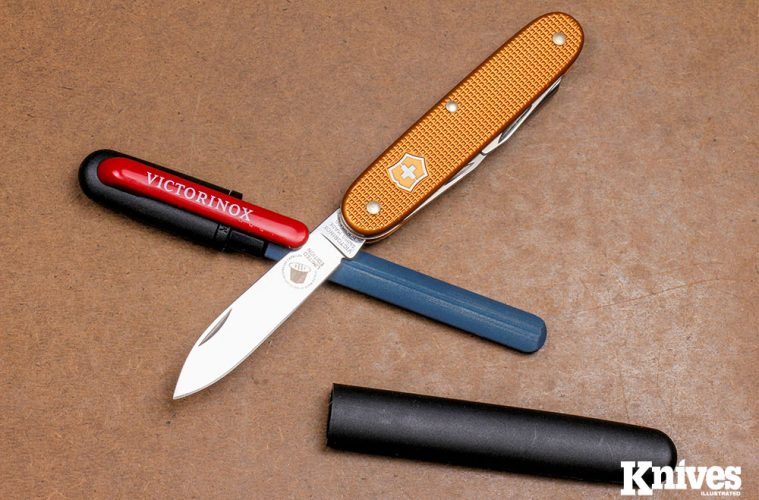 While I have several good knife sharpening systems at home, I usually have something more portable and convenient in my bags and packs. As I travel by car on multi-day trips quite often, I have outfitted my vehicle with a small assortment of hand tools and a daypack with some camping/hiking supplies. I often stay in campgrounds rather than hotels and cook my own meals in rest areas rather than fatten up on fast food. I have knives and other pieces of gear tucked in just about every storage compartment of my car.

In the center console is a Victorinox Dual Knife Sharpener. It’s about the size of a ballpoint pen. It even has a pocket clip if you’re so inclined to slip it into a shirt pocket. As the name implies, it’s really two sharpeners in one. 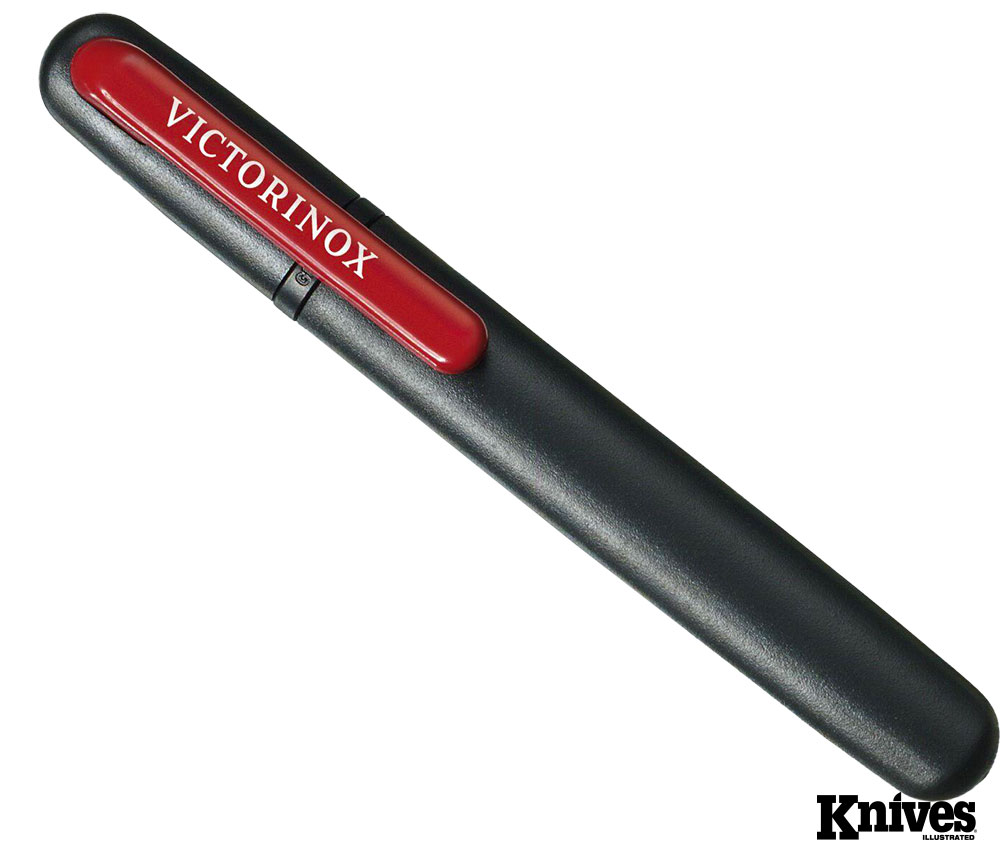 To use the sharpener, remove the bottom of the plastic case to reveal a sharpening stone about 3.25 inches long. Stroke each side of your knife edge along one of the wide edges of the stone, being careful to maintain the same angle with each pass. The narrow side edges can be used—if you’re careful—to touch up the teeth on a serrated edge. There’s a groove in each of the wide sides of the stone to sharpen fishhooks and pointy things, such as darts or awls.

By removing the cap of the sharpener, you gain access to a sharpening slot with two ceramic discs crisscrossed to form a “V” angle. This ceramic sharpener is a pull-through design that doesn’t require any amount of practice to maintain a uniform angle when sharpening. It’s a good choice when doing a quick touch-up to an edge that doesn’t require much work or as a finishing touch after sharpening first on the stone. 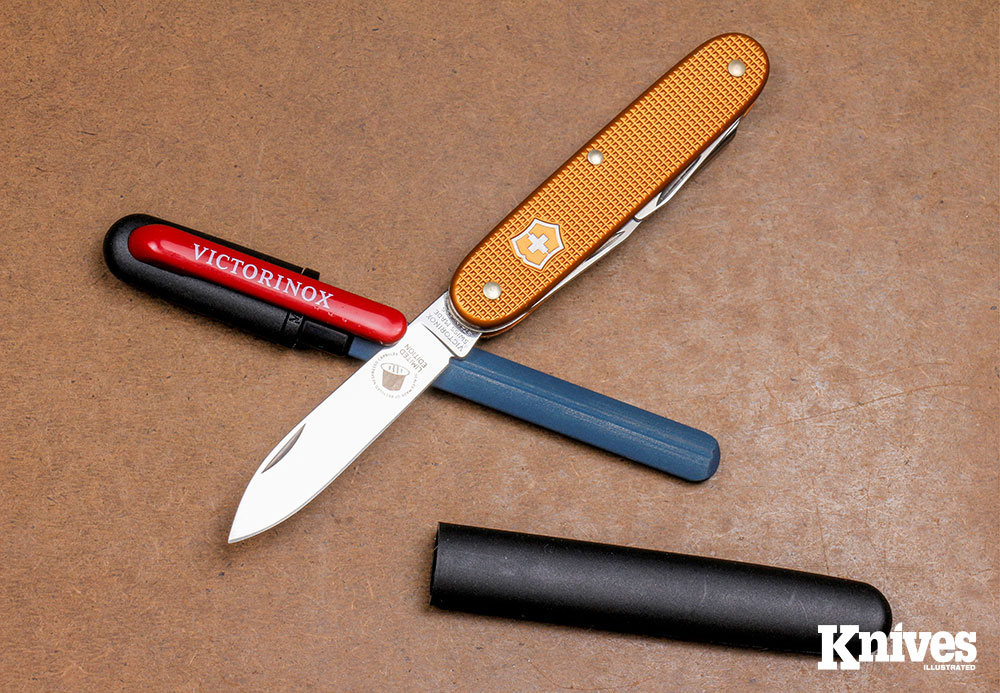 No, you’re not going to sharpen an axe or machete with this sharpener. But for most small pocketknives, this lightweight, compact little sharpener does a good job.

This sharpener was made in Germany, even though Victorinox is a Swiss company. And because it’s Victorinox, you know it was designed with the Swiss Army Knife in mind. For a traveler such as myself, having a Swiss Army Knife and this sharpener, my job of packing for my next trip is already off to a good start.

What It Is:
Pocket-sized knife sharpener

A version of this article first appeared in the Jan/Feb 2022 print issue of Knives Illustrated.