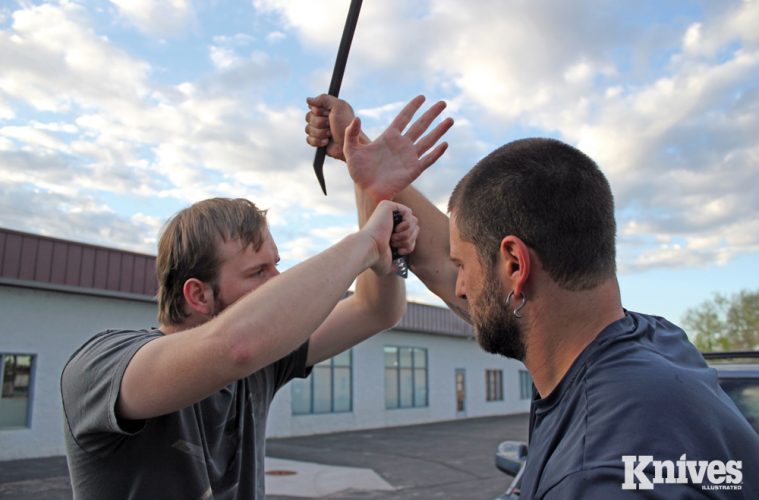 Self-Defense: How to target an attacker’s weakest points

The true goal of self-defense is to stop a threat as quickly and decisively as possible. Logically, the longer you allow an attacker to pose a danger to you, the greater your chances of being killed or suffering serious injury. That’s why stopping power is a core concept of all sound self-defense tactics. 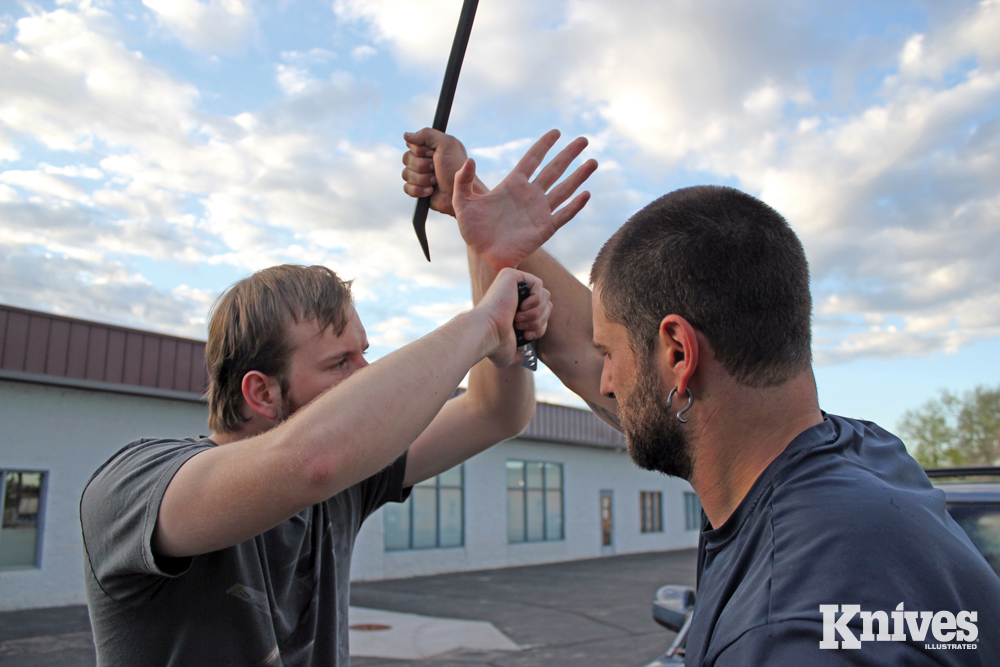 When it comes to self-defense with knives, one of the most confusing and hotly debated topics is targeting. In simple terms, which parts of an attacker should you cut or puncture to make him stop trying to kill you? 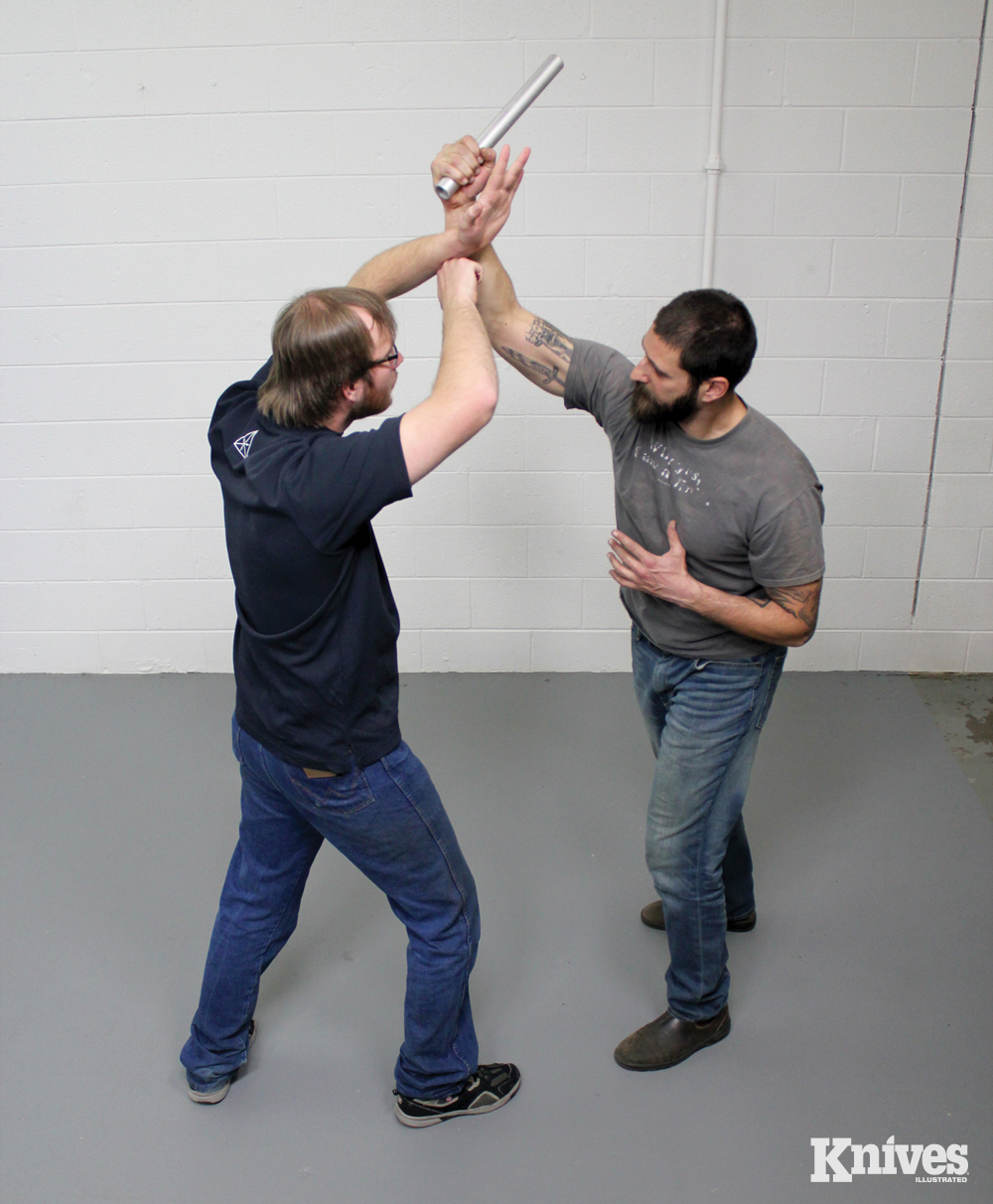 In this traditional technique, the defender blocks the attack with a Roof Block while cutting T the assailant’s wrist.

Depending upon the system you study, the answer to that question runs the gamut from repeatedly and indiscriminately stabbing any body part you can reach to complicated templates of key anatomical structures.

So, what’s the real answer? In my opinion, it’s found more in logic and medical science than martial arts.

In 1992, I wrote the book Knife Fighting: A Practical Course based on years of analysis of the Filipino martial arts and military knife systems.

Based on my research of those historical methods, I truly believed that cutting the neck and stabbing the torso—both proven to be lethal approaches—were sound tactics for stopping with a knife. 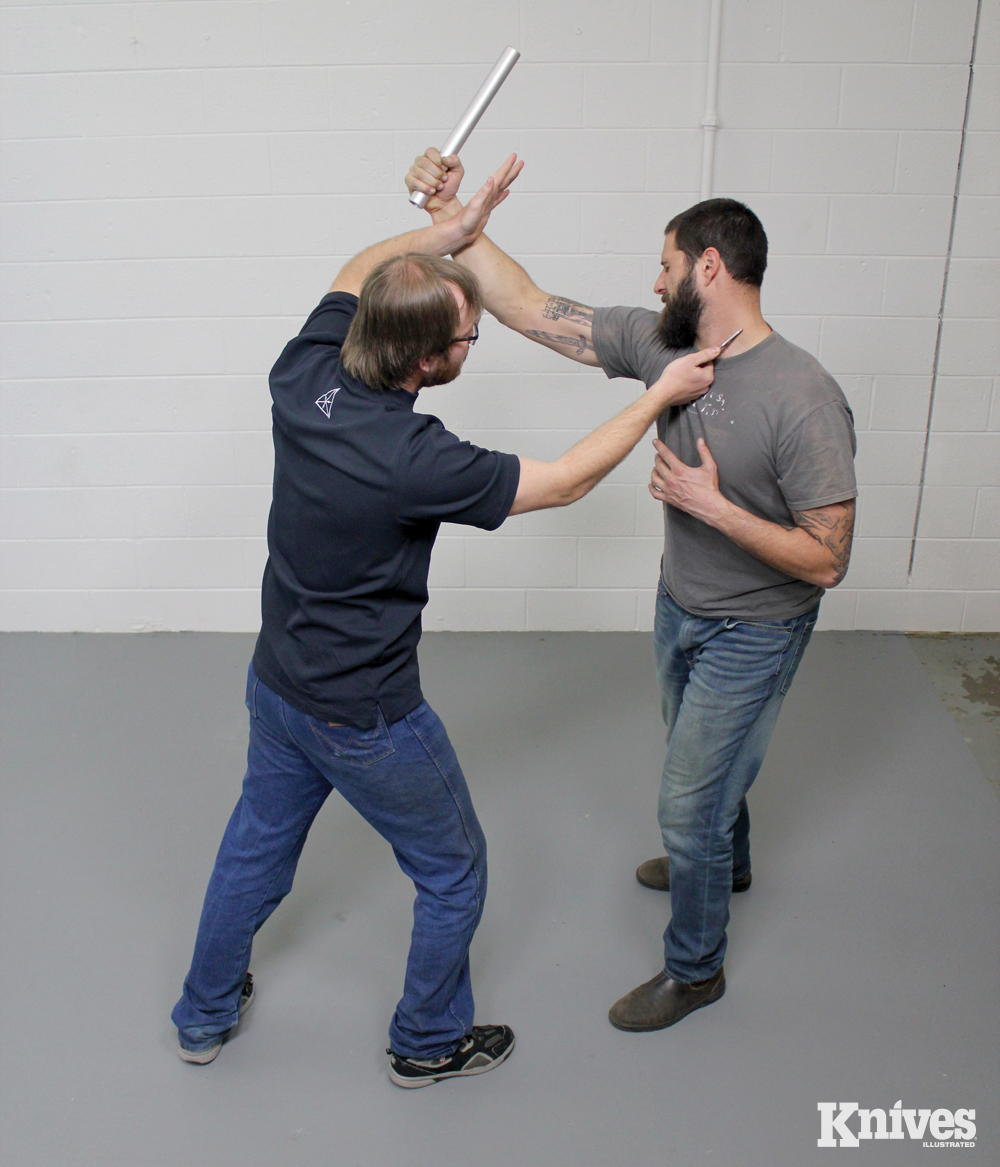 He then counters with a forehand cut to the neck, targeting the carotid artery.

A few years later, I was asked to be a consultant in a case in which a man defended himself with a knife against another man intent on killing him. The defender, armed with a 6-inch blade, stabbed the attacker more than 50 times.

According to the autopsy report, many of those wounds by themselves were judged to have been potentially lethal. However, they didn’t stop the attacker. He continued to attack, pursuing the defender with murderous intent through multiple rooms, for nearly five minutes before dropping. 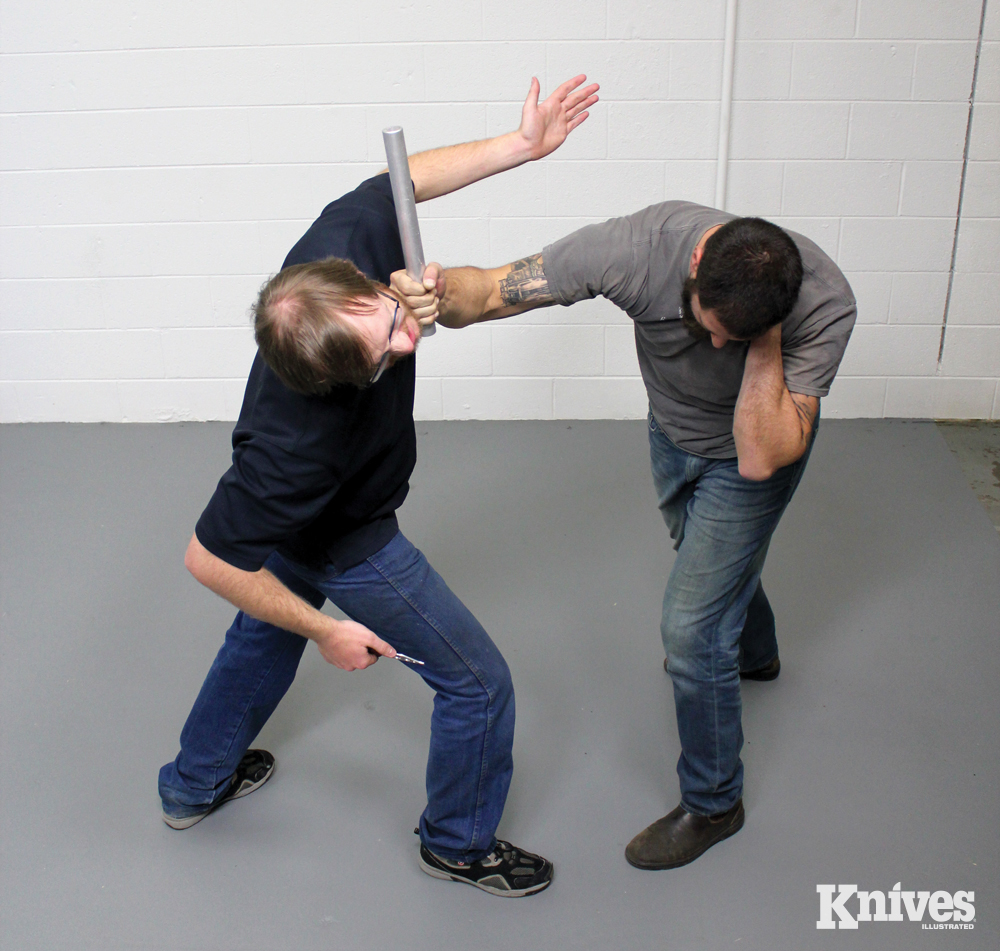 The more I learned about that incident and similar cases, the more I realized that what I thought I knew was wrong.

If I wanted to carry a knife—particularly, a small, legally permissible one—as a self-defense tool, I needed to understand which targets I could cut or puncture with it to really make a man stop trying to kill me.

If he dies but has the time and ability to kill me before he does, I still lose.

In the 20-plus years that I have been teaching MBC, I have been honored to present it and its targeting system to many medical professionals, including the instructor cadre of the International School of Tactical Medicine, who are all seasoned trauma surgeons. They have reviewed it and endorsed it as medically sound. 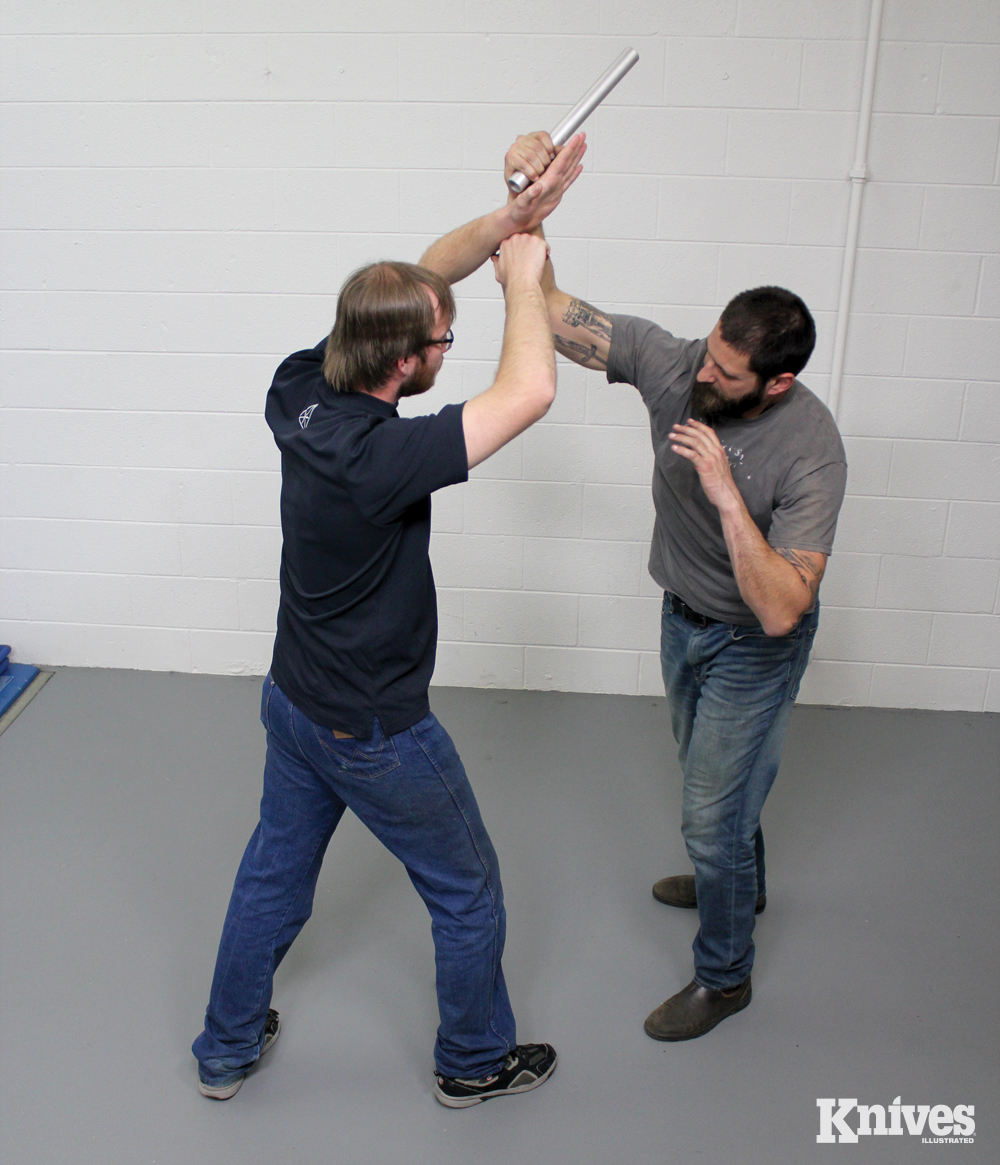 As the second sequence of the attack begins, the defender blocks and cuts with a Roof Block. 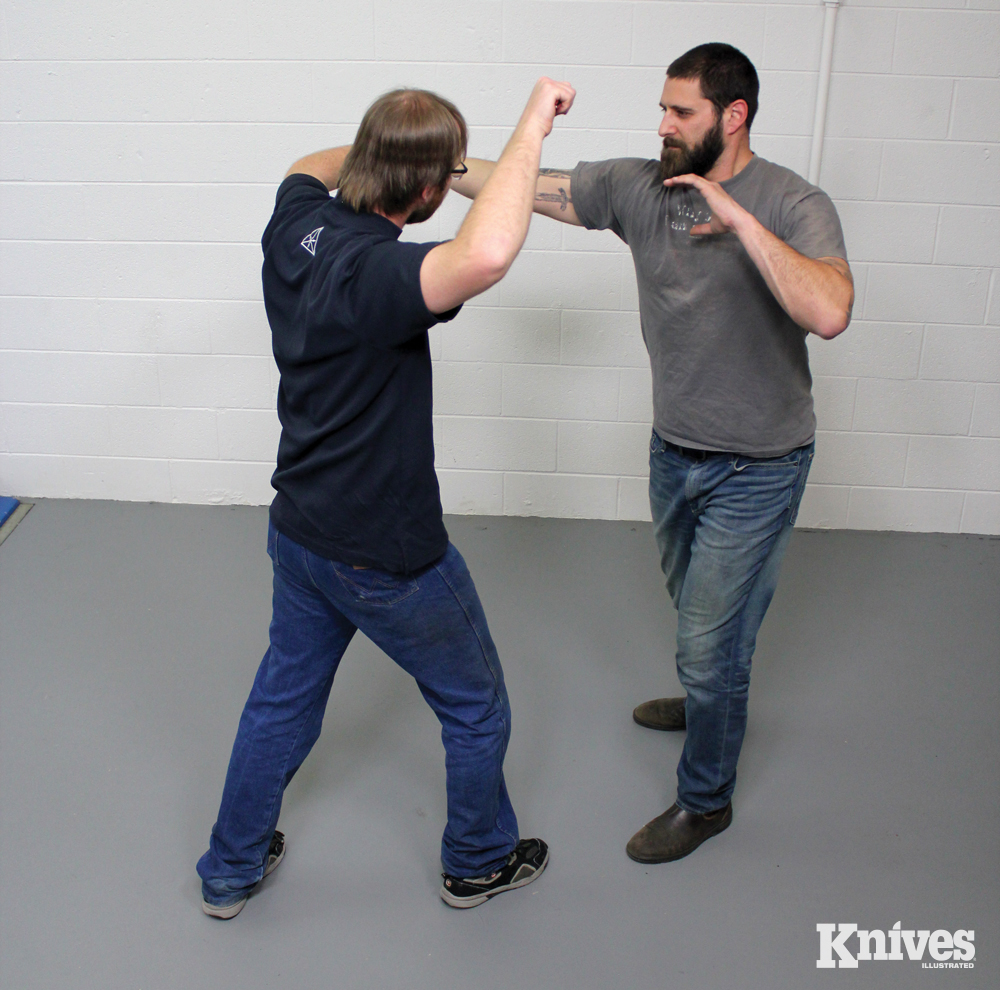 He follows by grabbing the attacker’s wrist and prepares for his next cut.

In my opinion, the insights and endorsement of modern medical professionals, with intimate knowledge of weapon-induced trauma, is far more empowering than the baseless claims of most martial arts and combative traditions.

Thanks to modern medical science, we know very well how the body works. With that knowledge, we can also determine how to make it stop working with the judicious application of a sharp blade.

If you choose to carry a knife for self-defense, you owe it to yourself and your family to train in a system of tactics that is based on sound medical science, not historical clichés and misinformation.

After years of research, most of which relied on insights from trauma surgeons, paramedics, physical therapists and other medical professionals, my approach to stopping power with knives evolved to focus on three primary anatomical targets. 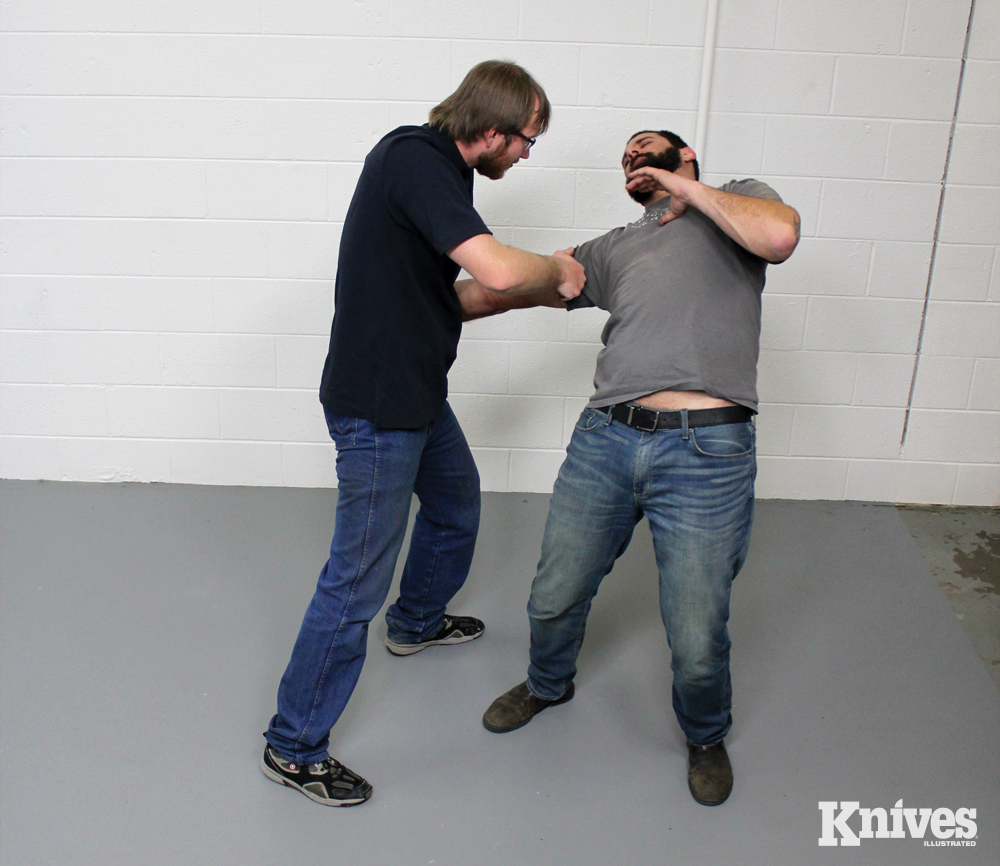 His next move targets his biceps/upper arm with a downward cut. 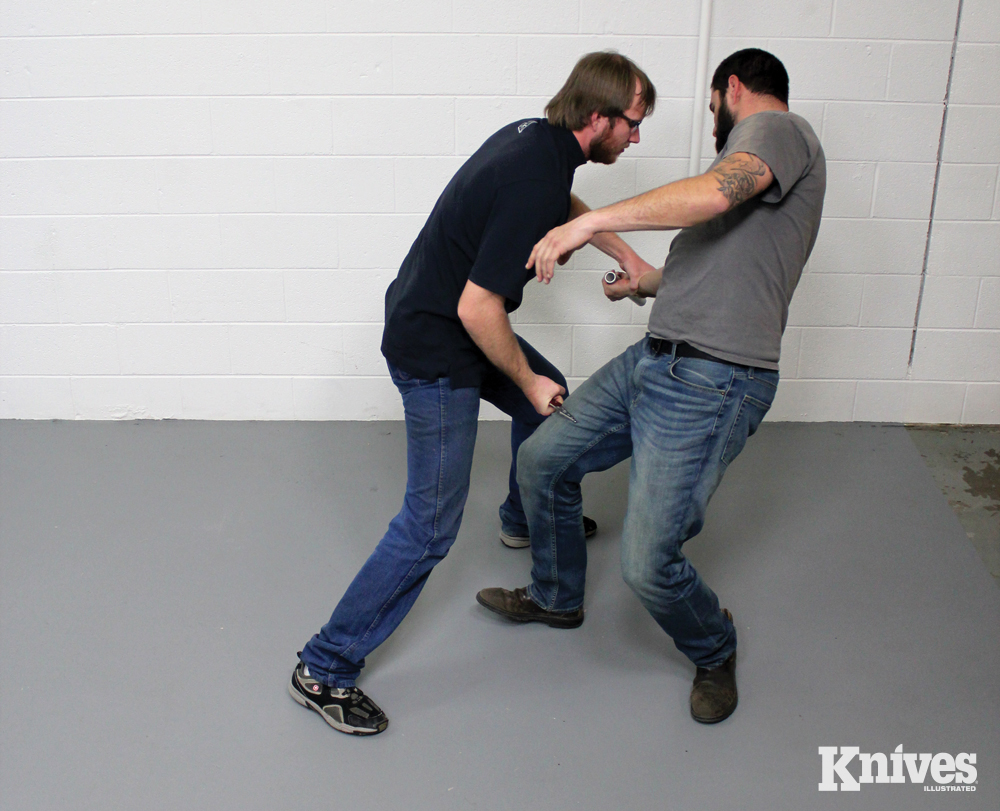 The biceps and triceps: These muscles of the upper arm are responsible for bending and extending the elbow. Severing one or both destroys the arm’s ability to wield a weapon effectively.

These muscles are also collocated with the peripheral nerves that control the arm’s function and the brachial artery. This carries 10% of the body’s blood volume (more than the carotid artery of the neck, which carries 7.5%). 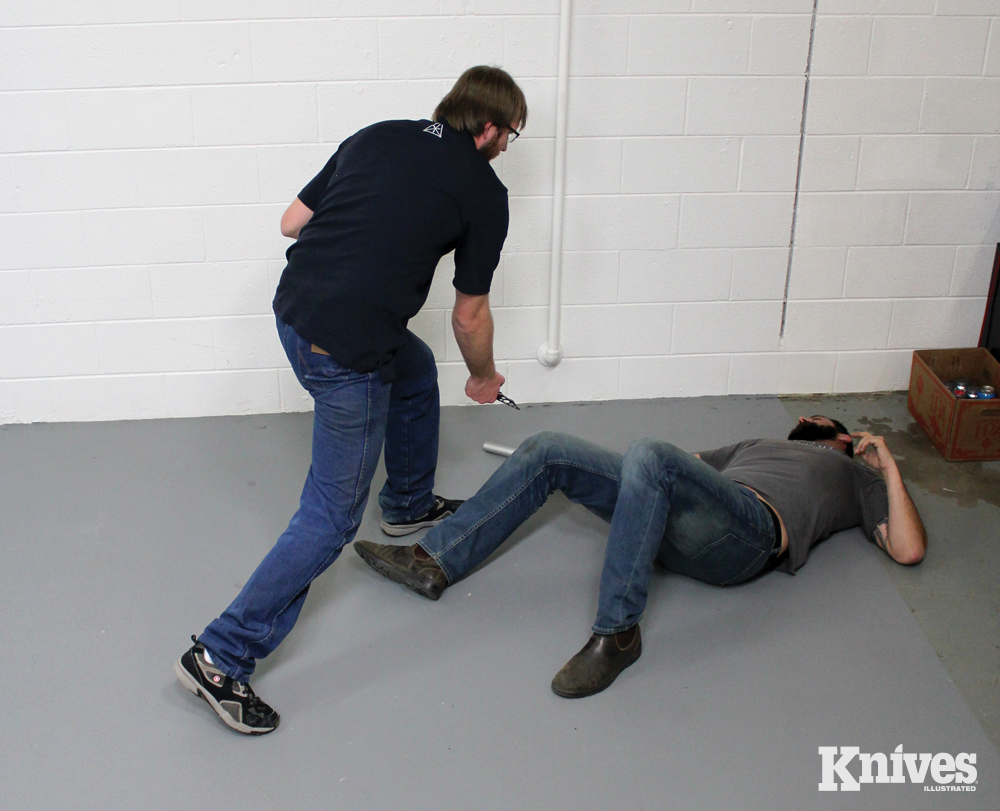 The quadriceps muscle: This muscle at the front of the thigh extends the knee joint and enables the leg to support weight.

It is located very near to the femoral artery (10% of blood flow) and the femoral nerve, which controls much of the function of the lower leg. A well-executed thrust-then cut tactic could sever all three and immediately drop an attacker.