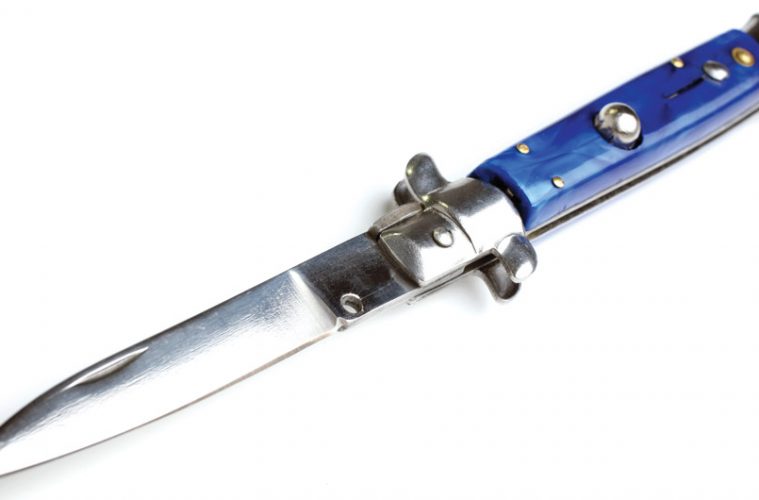 Back when Doug Ritter founded Knife Rights, there were just a handful of automatic (switchblade) knife makers in the U.S. The major ones were ProTech, Microtech and Benchmade. Things have changed after a decade of switchblade ban repeals.

“Most folks I spoke to about my Knife Rights idea were skeptical,” Doug recalls. “Many ridiculed the idea, saying we didn’t stand a snowball’s chance in hell of getting rid of long-standing knife bans.

Especially switchblade bans, and that nobody needed to waste time or money on the effort,” he adds.

Since 2010, 16 states have repealed switchblade bans. There is now a flourishing automatics market with more than a dozen major manufacturers, as well as many smaller ones. Major brands such as Buck, Böker, Gerber, Hogue, Kershaw and SOG have added autos to their line-up. Those who made autos before the switchblade ban repeals have expanded and ramped up production.

The 16 states states that have repealed switchblade bans or restrictions (including gravity and butterfly (Balisong) knives) to date:

Knife Rights’ signature knife law preemption bills have been enacted in 11 states: Arizona (2010), New Hampshire and Utah (2011), Georgia (2012), Alaska, Kansas and Tennessee (2013), Oklahoma and Texas (2015), Wisconsin (2016) and Montana (2019). In most cases, these preemption laws have eliminated switchblade bans in cities and towns in states where they were or are now legal. 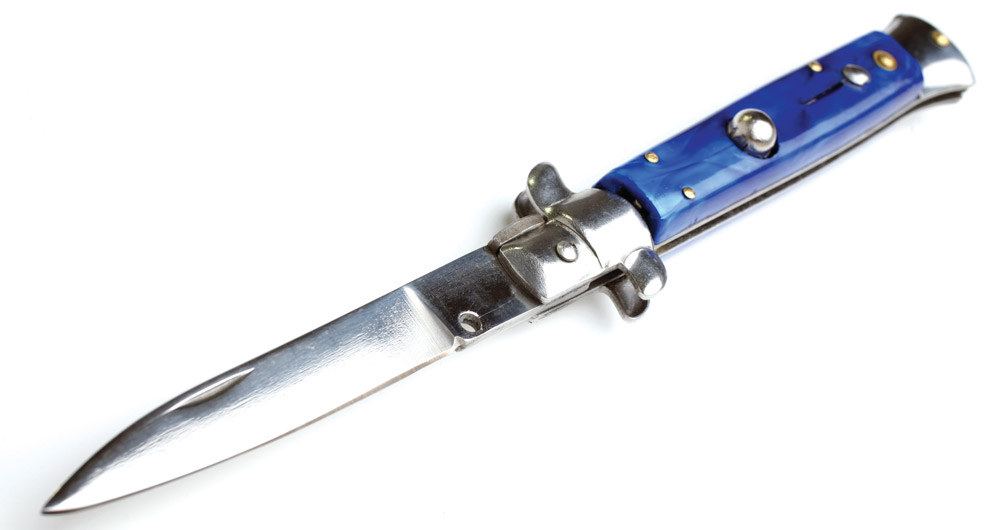 In all, Knife Rights’ efforts have seen 33 bills enacted, repealing knife bans in 22 states and more 100 cities and towns.

“Seems the naysayers were … wrong,” Doug notes. “It turns out that America was eager to rid itself of antiquated and irrational knife bans.”

There’s an App for That

There has never been a better time to own an automatic knife if you live in the 44 states where they are legal to one degree or another, the 34 states with no restrictions on possession or everyday (open) carry, and the 29 that allow concealed carry.

Knife Rights’ free LegalBlade App 2.0 (LegalBlade.org) provides details on the knife laws of all 50 states and the District of Columbia, as well as more than 40 cities.

How To Stay Updated on Switchblade Ban Repeals

The best way to keep up-to-date on Knife Rights’ legislative and litigation efforts is with their free email News Slice™ newsletter at  or via social media at Instagram, Facebook, or Twitter.