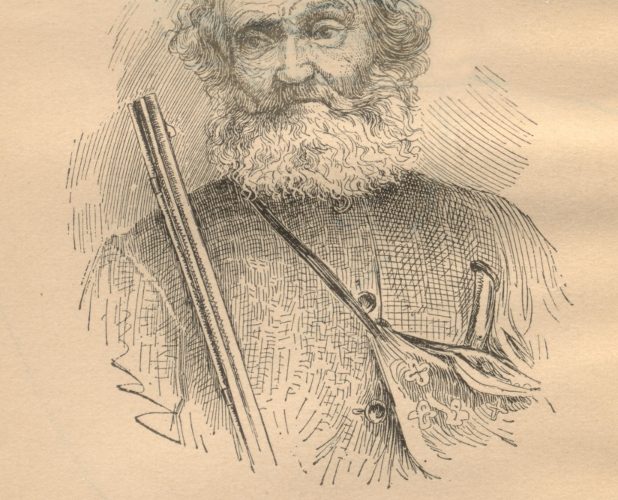 The Nessmuk Ideal – A Knife’s History

You may have heard us mention “The Nessmuk” …

… or “The Nessmuk Ideal” in our articles, and you will again in our November issue’s article about the Wenger Blades Vardr, by Kevin Estela. Here is the story behind that particular phrase:

George Washington Sears (1821-1890), under the pen name of “Nessmuk,” wrote many letters to Forest and Steam magazine in the 1880s. These popularized canoeing, the Adirondack lakes, self-guided canoe camping tours, the open, ultra-light single canoe, and what many today call environmentalism. It was a happy union of technology and art, nature and life. 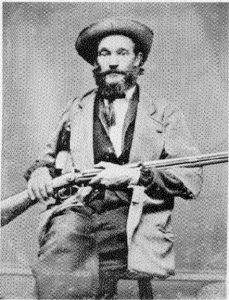 Nessmuk (George Washington Sears) from Forest and Steam magazine. Archived at http://www.gallery.oldbookart.com/main.php where it was marked as Public Domain.

Sears believed that there were great health benefits from being in the outdoors. Being a rather small and frail man, he also wanted to demonstrate that camping, canoeing and enjoying the outdoors was for everybody and not just the stereotypical rugged he-man types.

Sears wrote a general book on camping, “Woodcraft,” in 1884 which has generally remained in print since then. A book of poems, “Forest Runes,” appeared in 1887. It has not been republished, and copies are scarce.

Sears was born in Oxford Plains, Mass., Dec. 2, 1821, the oldest of 10 children. A young Narragansett Indian named Nessmuk (meaning “wood drake”) befriended him and taught him hunting, fishing, and camping. Later he took that name as his pen name, and also as the name of a couple of his canoes. He often camped and hunted in the then wilderness of Michigan. His family moved to Wellsboro, Penn. in 1848, his home for the rest of his life.

At the age of 59, a little more than 5 feet tall, weighing less than 105 pounds, and weak with acute pulmonary tuberculosis, Sears was so small and weak he investigated ultralight canoes. He persuaded J. Henry Rushton of Canton, N.Y to build him a single canoe he could carry.

Forest and Stream magazine had been founded in New York City by Charles Hallock in 1873. It and Nessmuk had a mutual admiration society and both gained wide readership. The magazine was folded into Field and Stream in 1930.

Nessmuk favored a “trinity” system of cutting tools, his little double bit hatchet of his own design, a light fixed blade and a substantial Moose pattern folder. Nessmuk’s views towards knives are arch-typical of the classic outdoorsmen; he preferred thin knives, keen edges, and a useable length. Nessmuk, like other classic outdoorsmen, recognized that a hatchet or small axe was the tool of choice for chopping, and wrote with disfavor of large, thick “Bowie” knives. Instead, a smaller knife designed for cutting efficiency was highly favored.

The Nessmuk knife has recently regained popularity as a great little knife. Its ergonomic shape and deep belly make it a great slicer and many prefer it for food preparation. 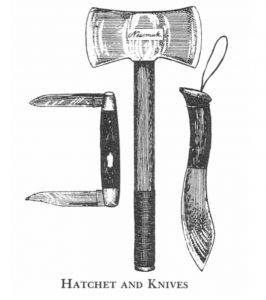 The only known illustration of the Nessmuk knife from “Woodcraft.”

The origin of the Nessmuk knife is unknown. The single illustration in “Woodcraft” is the only rendering or specific mention of the knife by Sears. It may not have even existed since as far as I know no original knife has ever been seen or photographed. Sears was known to have knives made to his specifications as was the case with his double bit axe. He had the axe made by a surgical instrument maker named Bushnell in Rochester, NY so there is the possibility he had the knife made there too.

Some people have speculated that the knife was cut down from an Old Hickory butcher knife since the shape is similar, and in fact, many people do order these knives today to cut them down and reshape the blade to make a Nessmuk knife.

However, Old Hickory knives were not made until 1889, five years after the Nessmuk knife was shown in “Woodcraft.”

Based on the only known illustration, we can determine the approximate size in scale to a folding knife. The Nessmuk would be approximately 9 inches in overall length with a 5-inch blade. It appears to be a hidden tang with an antler handle.

George “Nessmuk” Sears died in Wellsboro, Penn., May 1, 1890.
He received many honors, including having a mountain in northern Pennsylvania named after him.
Thank you to Mike Carter from the KnifeDogs.com forums for this information.