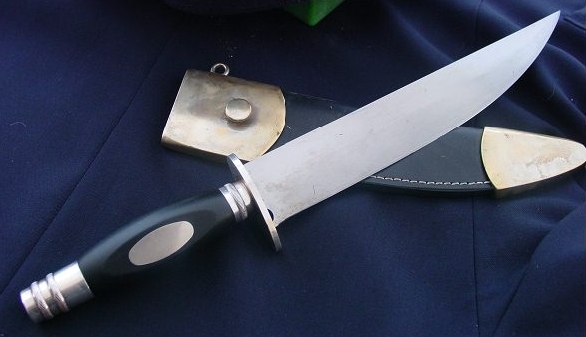 You may know that a Bowie knife carries some distinct characteristics that separate it from an everyday knife, but do you know the history of the Bowie knife?

Rezin Bowie — James Bowie’s brother — is often credited for designing the first Bowie knife, while blacksmith James Black is frequently credited with most of the styling associated with the Bowie knife. Most say that Black also rediscovered the original process for Damascus steel. After Jim Bowie’s death in the Alamo, Black’s Bowie knife was in high demand.

Here’s another interesting note. Rezin Bowie was from Tennessee and a long-term resident of Louisiana, while Black was from New Jersey and ultimately settled in Arkansas. It’s fascinating to think that a blacksmith born in Hackensack, New Jersey, is responsible for the most iconic knife design of the West.

The West really was wild.

Taken from an article by Jonathan Kilburn

You can read more about Bowie knives in our upcoming issue of Knives Illustrated on newsstands 9/3.