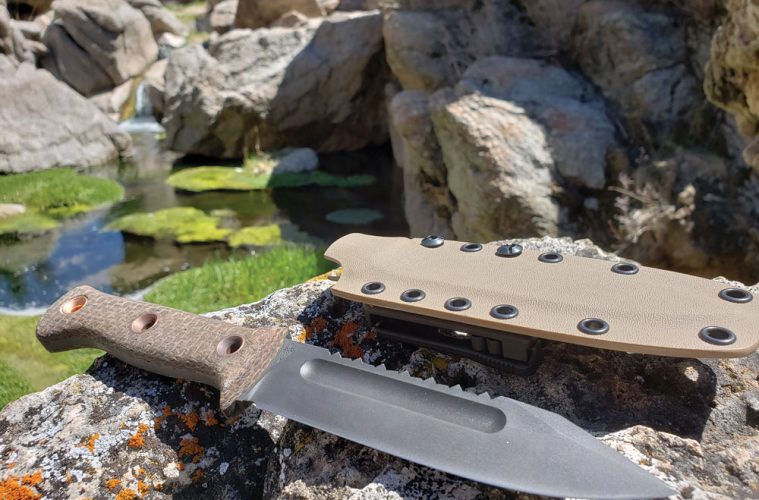 TO THE RESCUE: The Wenger Pilot Knife

Like most kids, I wanted a U.S. Air Force pilot’s survival knife as long as I can remember. I don’t recall when I first saw one, but the repeat appearances in Army/Navy stores, movies, and on my G.I. Joes made it a highly desirable knife of my childhood adventures. 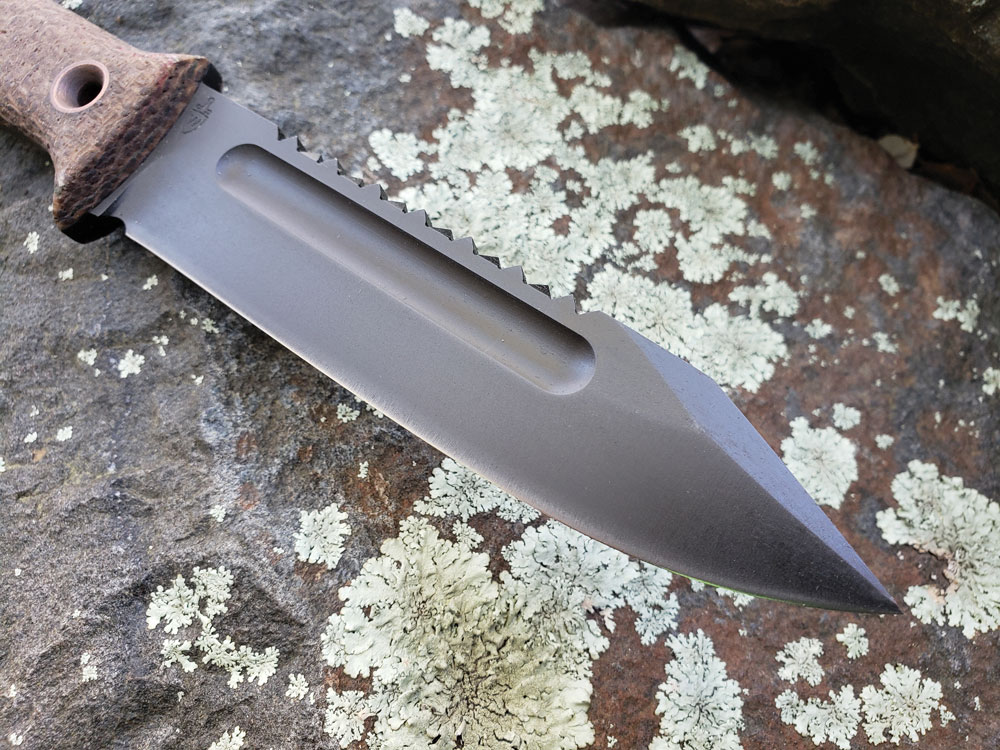 When I was given the opportunity to review the new Wenger Blades Pilot Knife, I jumped at the chance. Designed as a modern pilot’s survival knife, I wanted to give it an honest shake and see how it would handle real-world scenario-based tests. I took it to the high desert of Colorado and the damp springtime New England forests for a wide range of conditions suitable for a survival knife evaluation.

“We were still able to shave hair off our arms after a couple nights of stove-fuel processing.”

Dave Wenger has earned a reputation for making hard-use tools, and the Pilot Knife is no exception. Made from 80crV2 steel, the Pilot Knife features a mid-sized blade 5.25 inches long and 5/32 inch thick.

The full-exposed tang construction is sandwiched between burlap Micarta handle scales joined by flared copper tubing fasteners. That handle has a mildly obtrusive, but easily dismissed, self-guard to prevent the user from riding the blade. The blade has a distinctive fuller machined into the flats on each side of the blade and a unique serrated spine.

Wenger uses a Caswell black oxide finish on many of his knives, which produces a non-reflective smoky black finish. This finish lightens with repeated use but still offers a level of protection. 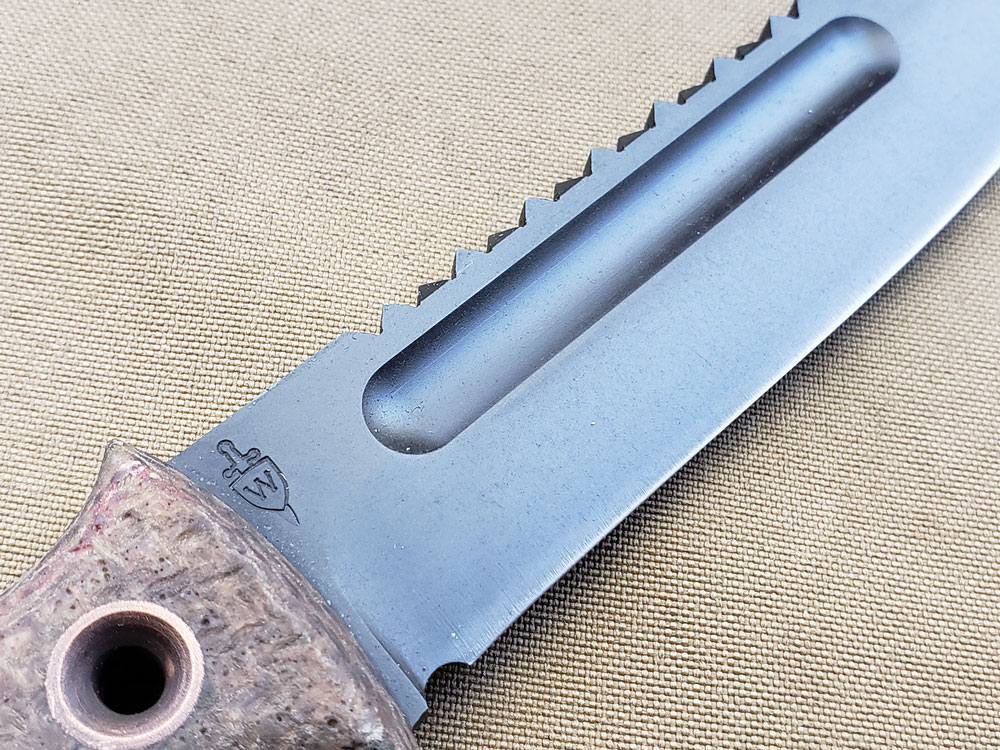 The Wenger Pilot Knife has a deep fuller that runs on each flat of the blade.

The sheath provided with the Wenger Pilot can vary — our sample sheath was a two-piece coyote brown pancake-style version.

It attached to the belt with a Blade-Tech Tek-Lok and featured hollow rivets on each side that can be laced with paracord to attach accessory pockets, or a single lanyard can be connected to the handle of the blade for additional security and retention.

“Dave Wenger has earned a reputation for making hard-use tools, and the Pilot Knife is no exception.”

The needs of a downed pilot will vary depending on their status. A civilian pilot will not have to worry about the same threats as a military pilot. Both civilian and military pilots will need to deal with the environment and making a shelter. Both will also have to utilize their knife to make tools if resources are scarce.

We wanted to make the test authentic, so we worked to address basic survival needs a civilian pilot could face while awaiting rescue. 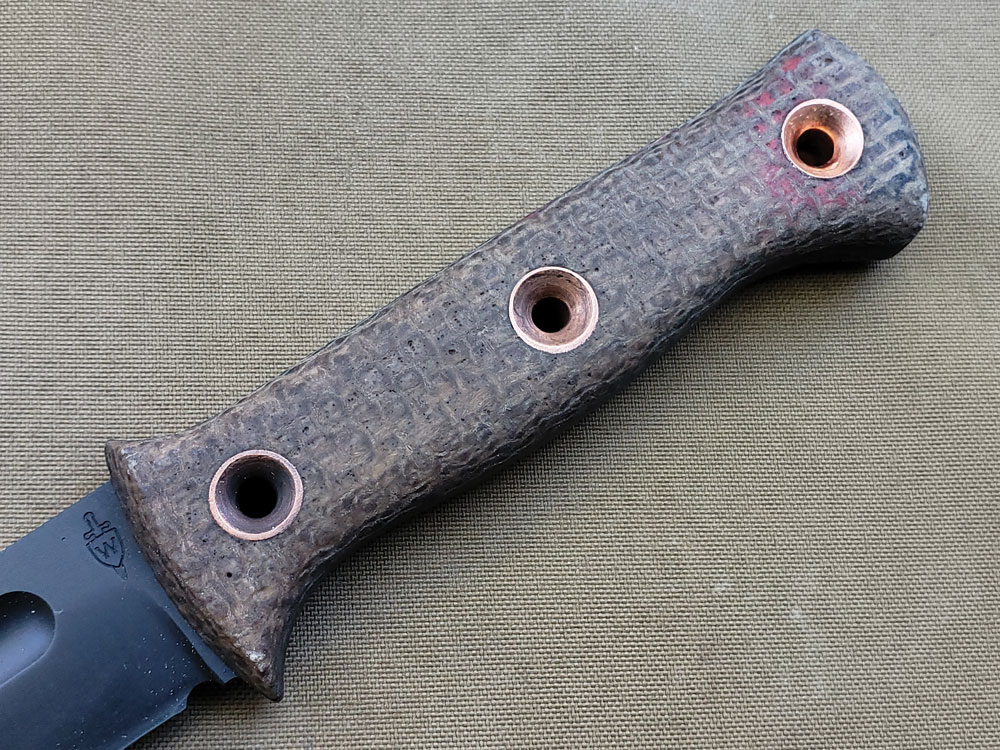 The burlap Micarta handle is fastened with flared copper tubing. You can secure additional lengths of paracord through these holes for maximum security in the sheath

It has been said, “Any landing you can walk away from is a good landing.” We agree, but we also recognize an aircraft can become a trap with wires, frame, fabric, and other obstacles hampering that walk away.

We used the Wenger Pilot Knife on many different materials, including various types of rope, reinforced webbing, polymer straps, and even some lightweight aluminum flashing. Wenger’s edge performed well, and the 5.25-inch blade made a single pass through most materials.

Even after getting a workout on some of the most twisted woods we’ve seen, the Wenger Pilot Knife still curled feathers nicely

We used the saw back of the Wenger Pilot on different woods and found it works best with soft wood and notching.

As we progressed into more dense woods, we really had to bear down on the back of the saw to make any abrasive cuts. We can’t imagine using this in place of a dedicated saw for wood clearing but in a limited trapping capacity, it will work just fine. 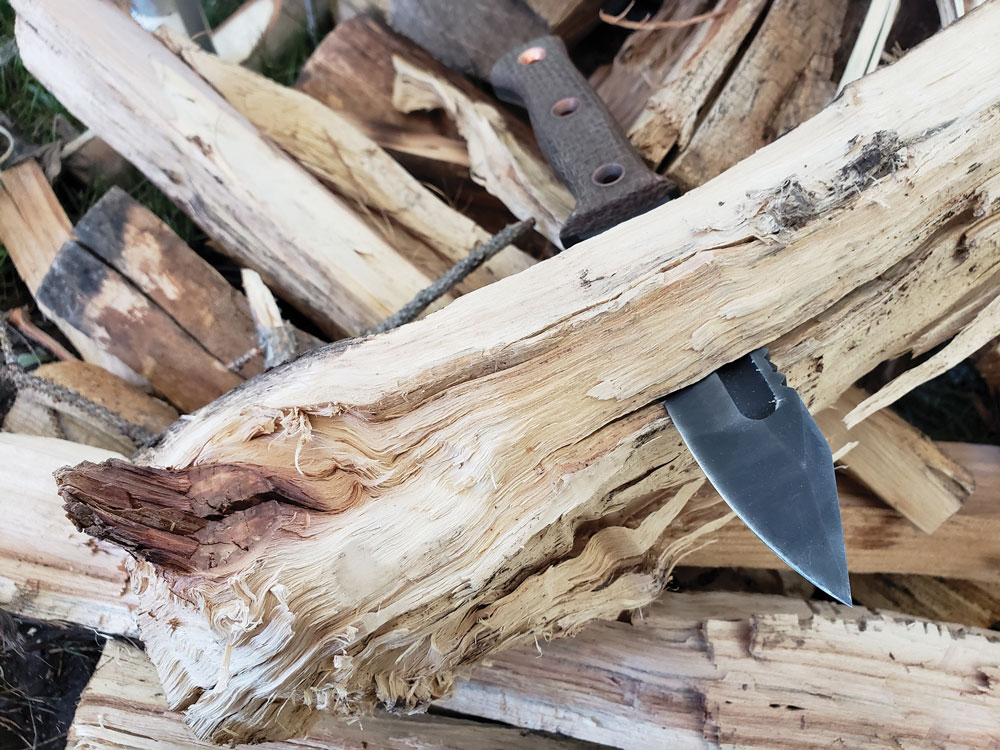 We pounded the Wenger Pilot Knife through locust, knotted pine and oak in our evaluation, with only finish wear to show

A fire can be a lifesaver in the woods, but if not checked, a fire can burn out of control. Construction of a stove may be necessary to mitigate the risk of a fire in an enclosed shelter. With just a few metal cans or some sheet metal, a good knife can turn scraps into a survival tool.

We used some discarded cans to make a simple gasifier-style stove and poked holes in the steel with the Wenger Blade’s strong tip. This type of stove creates less smoke than your typical hobo stove.

The junction between the larger can and the smaller one was created by making perforated holes, then using the edge to “connect the dots.” The fit wasn’t perfect, but it was close enough to work. No damage was done to the 80crV2 blade. 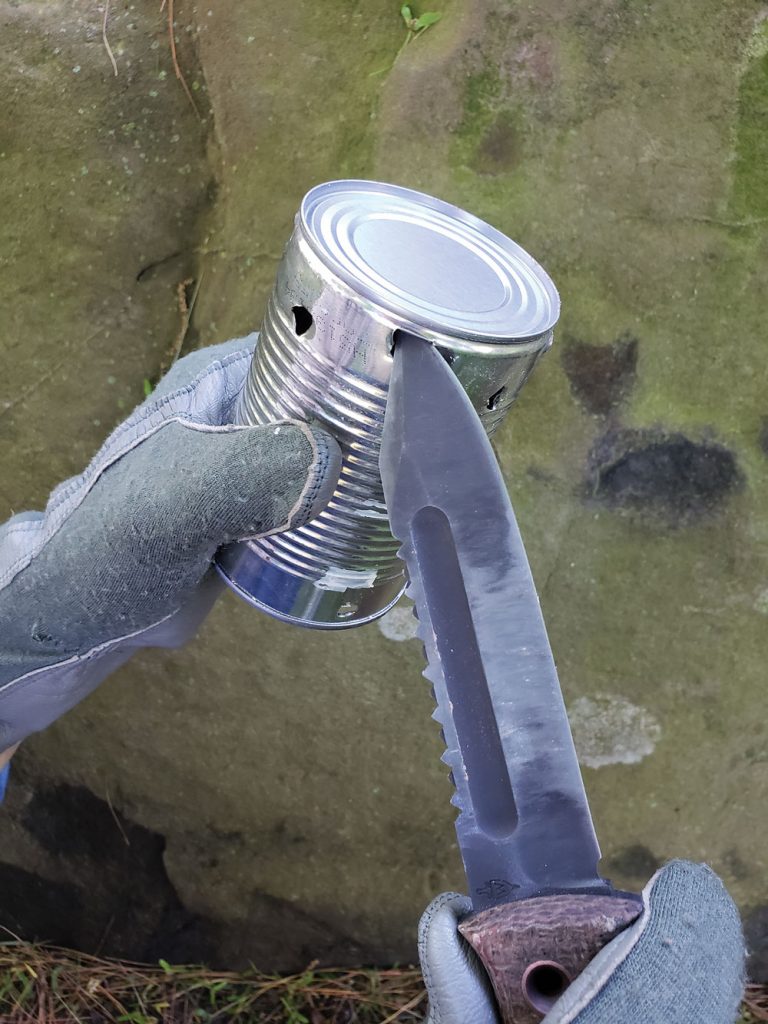 We used the Wenger Pilot Knife to build a small wood gasifier stove. No damage was done cutting through the aluminum cans tip-first 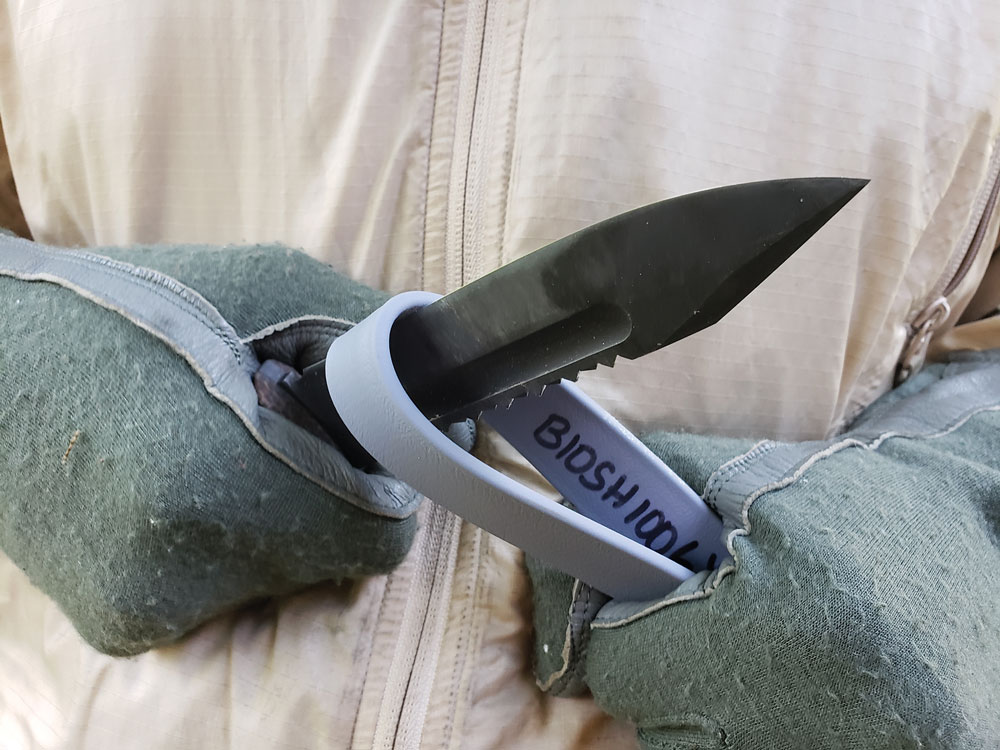 To feed our woodstove, we created smaller chunks of wood with tip-first splitting and batoning. We broke our wood down to size in the crook of a tree used as a leverage point and proceeded to break the wood down even more until pieces would fit into our stove.

Also, we used the fine edge to create feather sticks, demonstrating the ability of this knife to quickly turn a large piece of wood into a one-stick fire. We also used the Wenger blade on some of the worst twisted-grain locust, pine and oak we have ever seen.

We decided to truly stretch the potential of the knife and baton directly through knots instead of doing the more practical thing and cut around them. Even with this excessive stress placed on the blade, the thick stock and keen edge showed minimal wear, and only to the Caswell finish. We were still able to shave hair off our arms after a couple nights of stove-fuel processing. 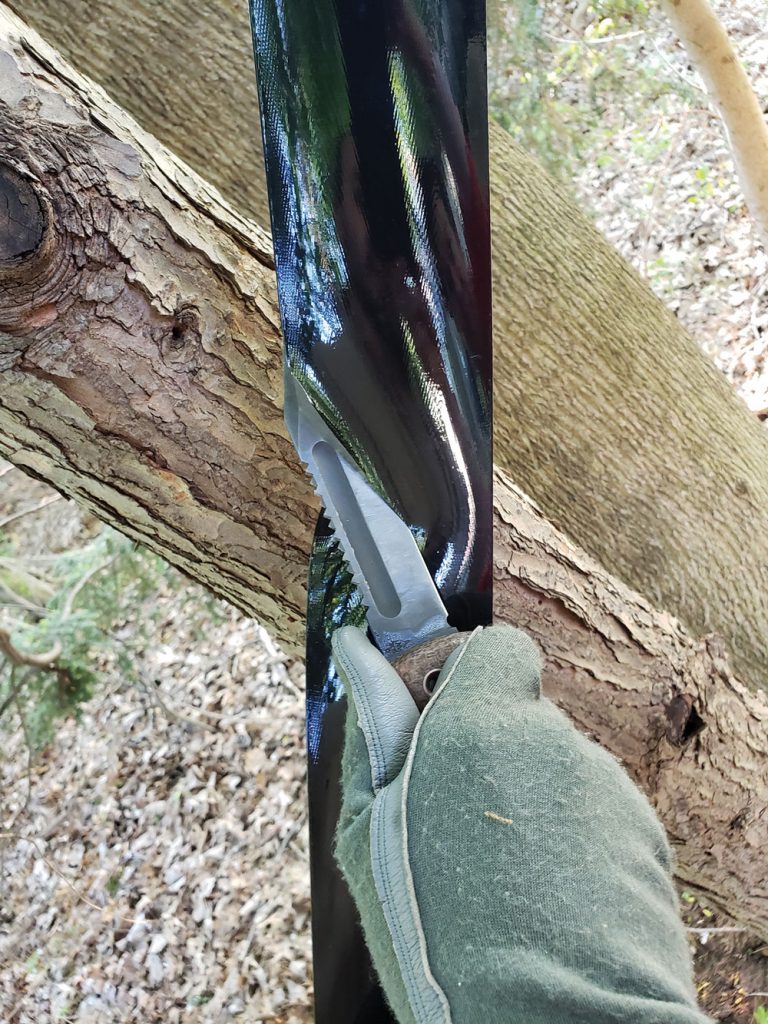 One of the more demanding materials we cut through included wide, polymer-coated straps similar to conveyor belt material

Other than the very task-specific use in our review, we used the Wenger Blades Pilot Knife in and around the kitchen, yard, and on short hikes. We found it very comfortable in hand with and without gloves on (Nomex pilot gloves, of course).

We used the Pilot for slicing meat to make South African-style biltong and for processing plenty of vegetables for salads and stews. After enough use, like any blade, we had to sharpen the edge some. A good diamond stone helped return the edge to where it should be.

We found the flat surface of the Pilot sheath to be a good place to stow the folding sharpening stone behind a piece of bicycle innertube. Just like the original stacked-leather pilot knife of our youth, the stone’s placement just made sense if the knife were to be carried and maintained in the field. 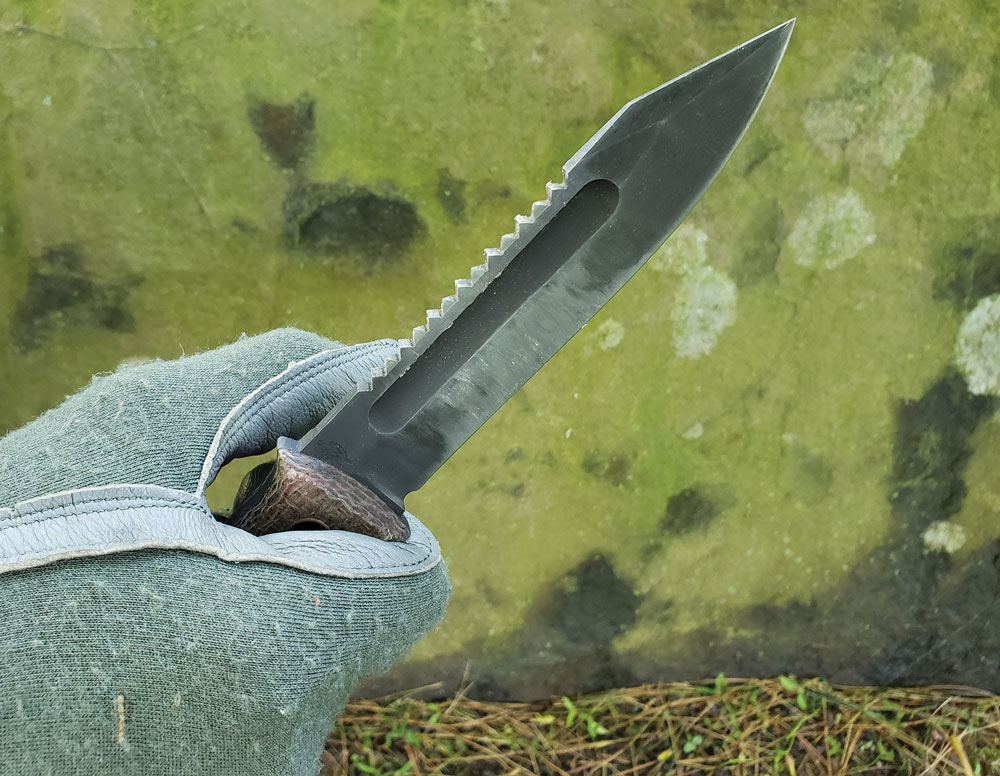 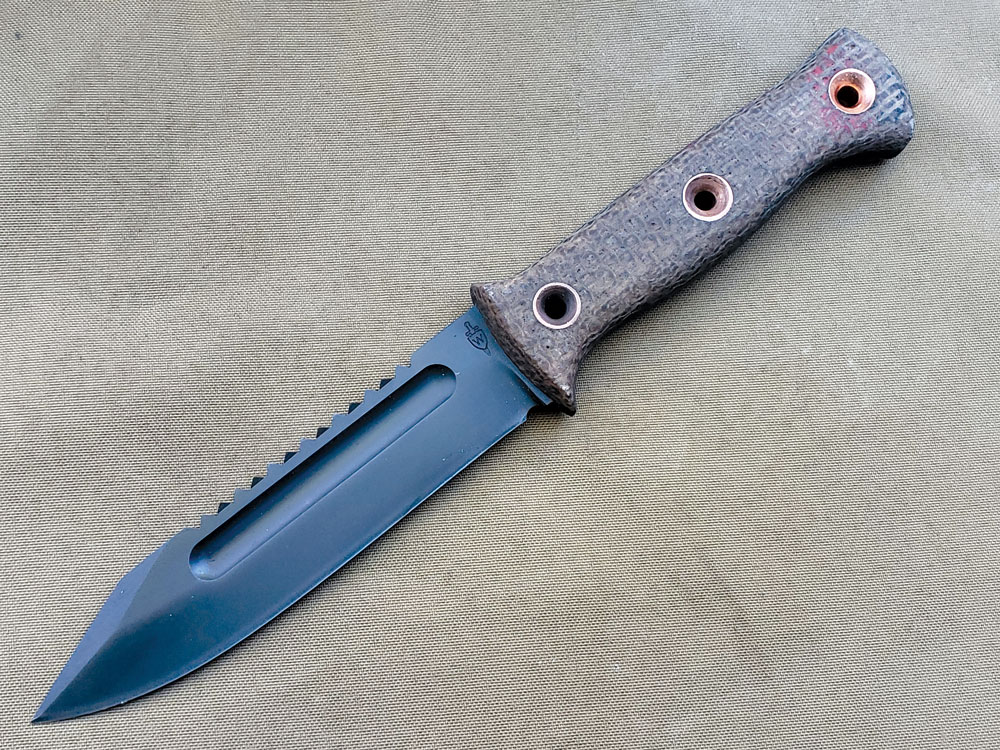 Overall, we were very pleased with the Wenger Pilot Knife. We liked the comfort of the handle, the strength of the blade, and the performance of the tip. If there is anything we would change about the knife, it would be the configuration of the saw or the option of the plain spine as we didn’t end up using it as much as we anticipated.

At the very least, it is an interesting accent to the blade, making it recognizable as this style. Our final verdict: This knife is absolutely capable as a pilot’s last-ditch tool, and it can handle just about any situation it may crash right into.