WHY A KNIFE IS TRULY MAN’S BEST FRIEND

I remember as a kid being handed my very first folding Buck hunting knife by my father. It was a right of passage in my family.

Receiving this coveted knife meant you were coming of age and would now be able to join the other men on their hunting trips. However, it meant a lot more to me than that. I was handed something that became my best buddy as I roamed through the wild. 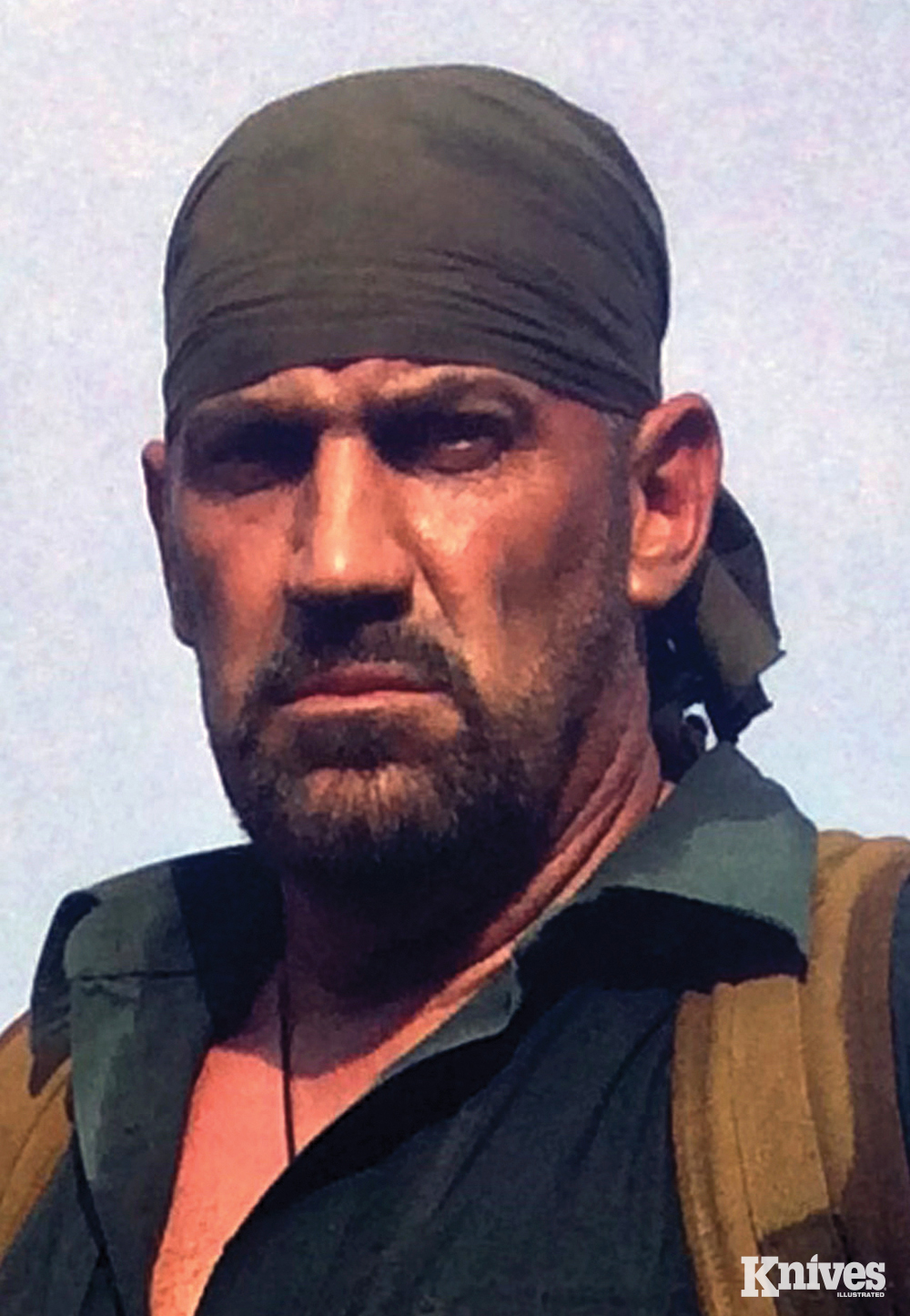 I used it not only for hunting, but also for fishing, camping, whittling—just about everything. I even remember my mother yelling out the backdoor several times, “EJ, don’t you do that!” She often caught me trying to cut down the clothesline for extra rope. It was then that my love affair with knives began.

Think back. When did you fall in love with knives?

Knives have been man’s trusty companion throughout the ages, while he forged frontiers, brought home food and constructed tools and shelter. I know many men who were very happy having a trusty knife when they were in battle. Often, it meant the difference between life or death.

Don’t even head out into the wild without one. Survivalists and bushcrafters depend on knives when situations become dangerous.

“DON’T EVEN HEAD OUT INTO THE WILD WITHOUT [A KNIFE]. SURVIVALISTS AND BUSHCRAFTERS DEPEND ON KNIVES WHEN SITUATIONS BECOME DANGEROUS.”

Taking a trip far into the prehistoric past, the first knives were invented by Homo sapiens and were used as weapons, tools and eating utensils. The oldowon, the oldest known knife discovered to date, was used nearly 2.5 million years ago.

Knives were originally made of flint, rock, bone and obsidian. I often think about what a game-changer it must have been for humans to have such a tool. Also, I am certain that it made their lives a lot easier.

I am sure that ancient man felt a boost of self-confidence with a knife by his side; a feeling of power, protection and the satisfaction that comes with the ability to do far more tasks successfully. It always amazes me when I think how far knives have come and how much of a factor they were in people’s lives thousands of years ago. 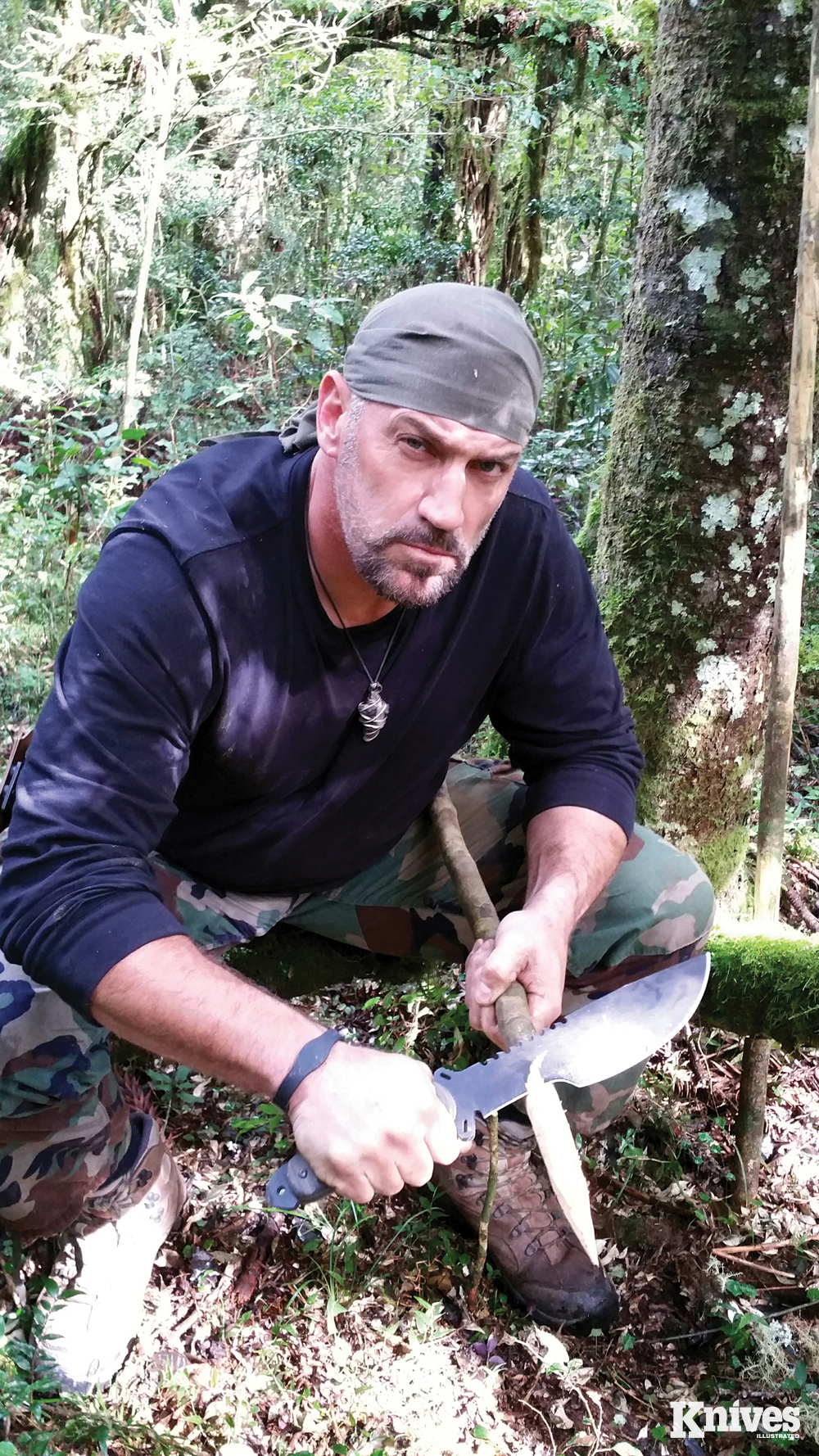 Moving a little further toward the present, there’s a tale about Jim Bowie that I’ve always loved. Bowie was involved in a knife fight with three men who had been hired to kill him.

Instead, Bowie killed the three assassins with his new knife, and the legend surrounding his eponymous blade was firmly established. This story inspired me to carry a Bowie knife, which I have always favored. At present, I carry a more modern version, the TOPS SXB.

Unlike prehistoric blades, modern knives are made from materials such as ceramic, iron, steel, titanium, bronze and copper; and they are usually either a folder or a fixed blade. Today, there are many choices available to knife aficionados, something to please anyone in a variety of capacities.

An Old Friend is Forever

I still have my original folding Buck hunting knife, though it’s a bit worn from 45 years of use. It has been through a lot, with rust, muck and a broken tip (my own fault), but it still has the same magic as the first time I opened it up.

EJ still has his original Buck knife nearly 45 years after he received it. It was the blade that taught him that a knife is truly man’s best friend. Photo by E. Snyder.

To me knives are man’s best friend. They have proven their loyalty, ability and dedication to man throughout thousands of years. They never complain and are always available when you need them, whether you’re relaxing at home or when you are on The Edge of Survival!

To stay in touch with all of EJ Snyder’s adventure’s follow him at:
web: EJSnyder.com
Instagram: @ejsnyder333