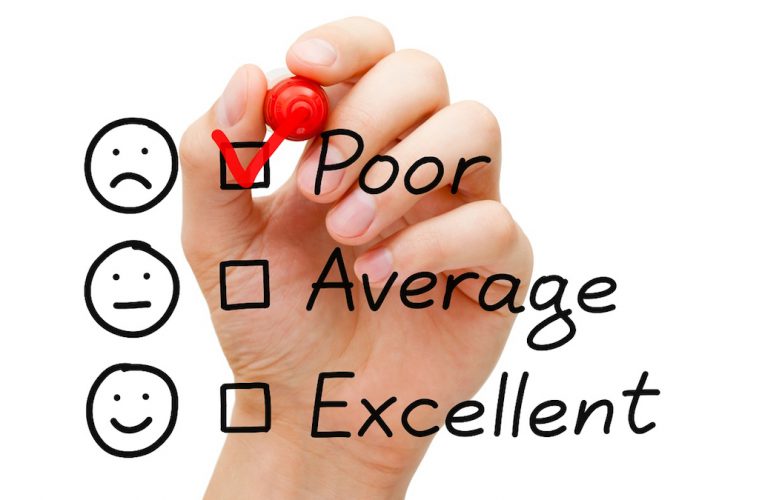 Avoid these pitfalls when you’re on the prowl for new blades:

During the past 30 years, I’ve sold knives to collectors, I’ve written about knives, I’ve auctioned them, I’ve run a small retail shop, a mail-order business, and I’ve assembled award-winning knife collections on my own. I’ve paid up to five figures for knives and sold knives in the same price range. And I’ve made countless mistakes in my buying and collecting.

I’ve also observed others making similar mistakes. And on more than one occasion, I’ve had to explain to a potential auction consignor the realities of the handmade aftermarket. 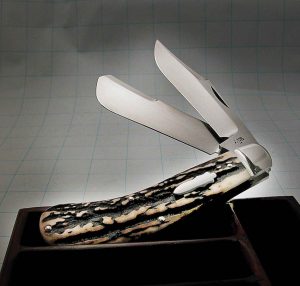 Tony Bose knives are one of the best examples a knife maker who is a success and handles it perfectly. He leaves room in his price structure for collectors to see a profit for any knife bought off his table, he is as humble and real as the day he made his first knife, and his style is distinctive, original, and recognizable.

A few would-be collectors have asked my advice, but far too many others have blundered ahead, committing the same mistakes as their predecessors, and then stopped by my table, proudly showed me their triumphal purchase, and expected praise.

I was asked to speak at Jerry Fisk’s Scoundrels and Scalawags knife event, and the topic I chose was the common pitfalls of collecting handmade knives. What follows is my list of the most common mistakes that handmade knife collectors make.

If you love your knife, does it love you back? If you are collecting for investment, you have to be objective and leave emotion out of the equation. If you love the knife before you buy it, your judgment could easily be impaired.

What do you know about the maker? Not just his history of where he’s from and who he’s worked with, but more. You wouldn’t buy stock without research, and your hard-earned money is going for this knife purchase. You are buying the maker’s personal marketing ability, his personality, and his ability to promote his visibility and demand for his knives. Maintained or increased value hinges a great deal on the maker’s effective involvement in the ascent of his star.

✓ Is he as professional as you are?

✓ Is he honest in his dealings?

The collector market is not tolerant of the unethical. If he has lied to others, do you think you are so special that he will not lie to you? That has to go into consideration when you make a buying decision because few collect an unpopular maker’s knives. Lack of demand means a lack of appreciation. 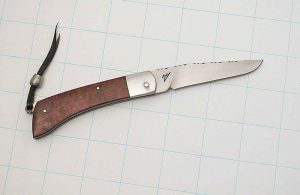 Wayne Valachoivic has a strong following despite being inactive as a knife maker for several years. This former dust-off helicopter pilot in Vietnam was a pioneer in forging knives, especially folders, and developed a distinctive look to his work. He and his wife Elaine were a delight to visit with at a knife show, and before a show, he would mail a notice to all of his customers in the area to come by to visit. All these nuances affect the value for a collector and you should take them into consideration.

Mistake #3: Buying a Knife With No Face

The late Paul Basch advised that a knife had to have a face. If you’ve been around knives very long you can pick out a D. E. Henry, a Steve Johnson, a Jess Horn, by style, from across the room. However, if you get to the knife and discover a wannabe is making that style knife, you must remember that originals resell better than copies.

Does the maker have a distinctive style, or is he an also-ran? If a knife is just a copy of someone else’s design, save your money and spend it toward the original. This theory has worked for buyers of Loveless, Moran, Lake and others.

Because a design is different does not give it a face, nor does it associate itself with the knife maker because, for a knife to have a face, it must be recognized as such by the buying public. Simply making the knife is not enough; he must do the promotion on it as well. He has to be seen and have his knife seen. 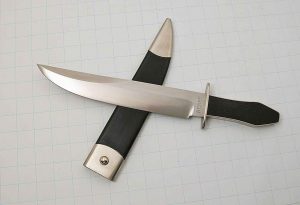 D. E. Henry is a notable exception to the rule that personality sells knives. During his knife making career, he offended nearly everyone at one time or another. However, the exquisite quality of his work and his attention to style enabled collectors to get beyond his tableside manner.

Mistake #4: Not Understanding Why a Maker is Popular

Why is the maker popular? Is the maker popular because of personality and good salesmanship? His personality will not transfer when you have the knife in your hand and you have to resell it at some point. At that point, a knife must stand on its own. Does it? If it doesn’t, remember, the most important word in knife collecting: “Pass.”

Is the design original and distinctive, or does it bear long-proven popular fixtures on the collector market? Is it a good version of a Loveless drop-point? Do a quick comparison of wood handles versus stag or ivory in the aftermarket. If you like wood, then buy wood — just don’t expect it to maintain value as well as other handle materials.

It is easy to confuse real friendship with professional courtesy to a buying customer. If you think you have a genuine friendship with a knife maker, try telling him you’re shifting gears and won’t be buying any more of his knives — and then note how many dinner invitations at a knife show continue to come from him. Also, notice how many other knife makers abandon you once they realize that you are no longer a potential market. Consider that when making your purchases.

Be sure to stay tuned for 5 MORE pitfalls to avoid!