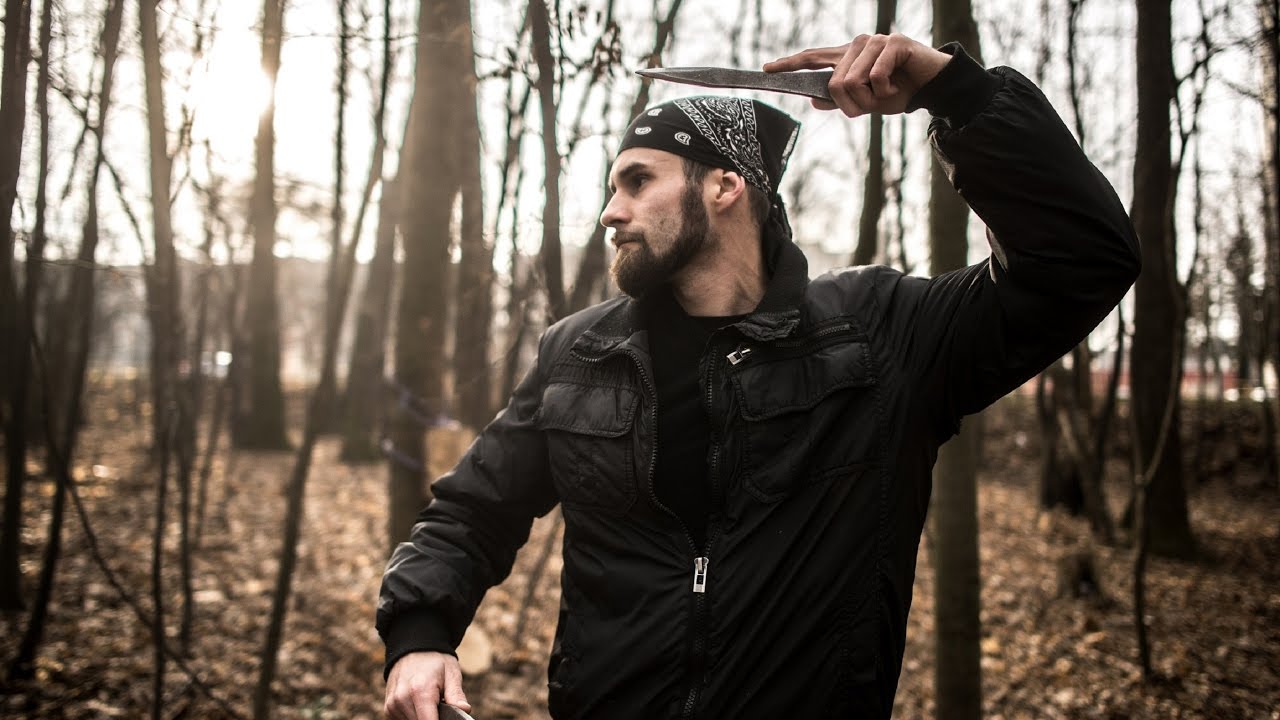 How To Choose the Perfect Throwing Knife

“I enjoy squaring up to the wooden target, taking a breath, extending my arm sharply, and letting the blade fly. Off it goes, turning exactly one and a half times on its way toward the red circle in the center. Then, with a solid thunk, it sticks,” writes William Gurstelle, who recently took up knife throwing as a hobby.

The knife throwers I met at BLADE ranged from casual hobbyists to world-class throwers. But they all described their hobby to me as almost a form of meditation. To throw well, you must put aside all the chatter in your mind and body to focus of the blade and your target. Knife throwing is about repetition and results, which is why that “solid thunk” Gurstelle describes is so therapeutic in our frenzied modern world. You don’t have to plop yourself on a cushion and chant to find enlightenment if that’s not your jam. Just throw some steel to get that zen going.

“How did I get started? I just went out into the woods in back of my house and started throwing,” one knife thrower told me, answering a question that seemed to strike him as slightly ridiculous. If you’re like me and absolutely must read something or watch an instructional video before you try anything new, I recommend Gurstelle’s article and videos like this and this.

You can throw any knife, even a butter knife. Adam “I Throw Anything With A Sharp Point” Celadin shows you how in this video tutorial. I think I might be in love.

For the perfect throwing knife, keep these criteria in mind:

Dull blade, sharp tip: This way, you reduce the risk of cutting your hand, but you’ll still have something that will stick into your wooden target.

Size: Choose something between 12 and 15 inches long. If the knife is too short, it’s difficult to grip. If it’s too long, it won’t spin early enough in the throw to hit the target accurately.

Weight: Choose a throwing knife that weighs between 12 and 20 ounces. If it’s too light, it won’t stick as easily in the target. If it’s too bulky, you won’t have the muscle power to throw it with precision.

Keep this formula in mind: For every inch in the length of your thrower, it should have 1 to 1¼ ounces in weight, according to the man who literally wrote the book on knife throwing, Harry K. McEvoy.

Buy in multiples: For optimal muscle memory training, buy five or six throwing knives so that you don’t have to trot up to your target to retrieve your knife after every throw.

For more tips on how to choose throwing knives, check out this article on our sister site, American Survival Guide.