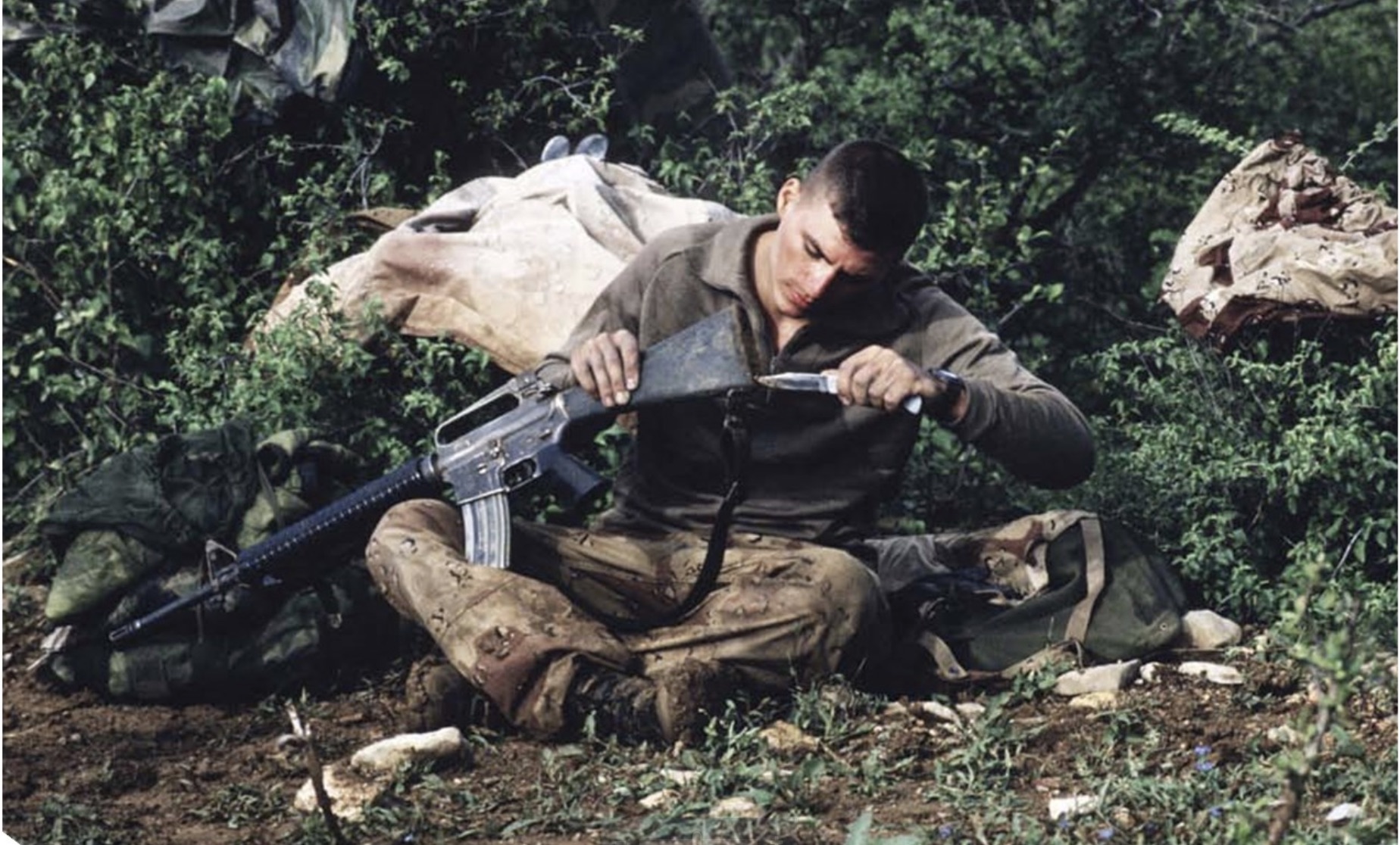 A soldier uses his knife for some rifle maintenance in the field. (Scott Peterson/Getty Images)

The Best Way to Carry a Tactical Knife

When all else fails — weapons malfunction, depletion of ammo — or you just need to quietly and effectively dispatch an enemy, your tactical carry may be the thing that keeps you alive. Choosing the right tactical knife is very important, but just as important is the sheath and where you carry it.

From an article by EJ Snyder

You find countless stories of battlefield heroes relying on their trusty bayonet, boot knife, or tactical knife in close quarters combat for just that purpose.

When troops perform a mission on the battlefield, a tactical knife can play a critical role in many tasks. But more importantly, it could be the one thing that keeps them from meeting the Grim Reaper and giving the enemy the opportunity to die for their country or cause.

In my 25 years of military experience as an infantryman, I have carried my knives in various places. It depended on a combination of need and practicality, as well as the evolution of the combat gear we wore. 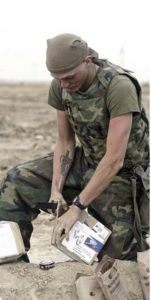 When I was in the 82nd Airborne Division — as a Paratroop Jump Master — I carried my knife upside-down on the shoulder strap of my web gear. That made it readily available to aid me in cutting free any hung jumper during a parachute jump. It was a nice, snug leather sheath with one leather button snap holding it in place. I could free it easily with the flick of my thumb.

I also carried a Bowie knife on my hip as my combat knife. The newer M9 bayonets were inadequate for common knife tasks or as a fighting blade, I found.

As gear became heavier, I switched to a lighter KA-BAR tanto-edge combat knife because “ounces equal pounds” and pounds equal misery for a foot soldier. I carried it on the chest area of my IBA body armor vest for easy access while in or out of a vehicle.

The sheath was Kydex and had a pressure release lock for the quick drawing of the blade. I also strapped a combat dagger in my boot as a backup blade. The bulkiness of the IBA body armor made it difficult to quickly get to a knife attached to my belt.

The knife, sheath, and where you carry it may be the difference as to whether you live or die on the battlefield. If you apply this type of thinking to a wilderness setting, it could be what keeps you from being a bear’s lunch! (Visions of the legendary Daniel Boone fending off a large bear come to mind here!)

Train as You Fight

All of this is truly a personal preference, but it does take time and effort to work it out. As I always say, you need to “train as you fight,” with everything you do. This will not only build up self-confidence with your setup but clear proficiency as well when you need it most! 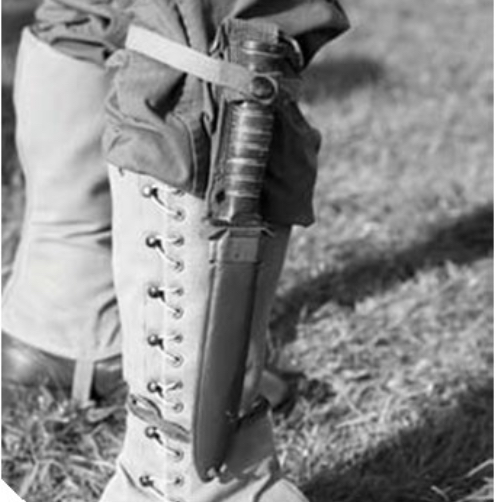 Wearing a knife strapped to your boot gives you another option when a belt knife it too difficult to access. (Roger Dixon/Getty Images)

You must have this task down so that you are as sharp as your blade. You only get one shot at it, there are no “respawns” in a real-life battle. Neither man nor beast can stop you from having the edge in the fight when your life is on the line, and you have a good battle-ready set-up.

To read the full article from the March/April 2018 issue, including a harrowing tale of a soldier’s close call in Iraq, check out our digital issues. 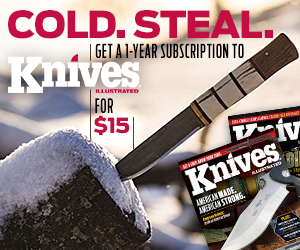