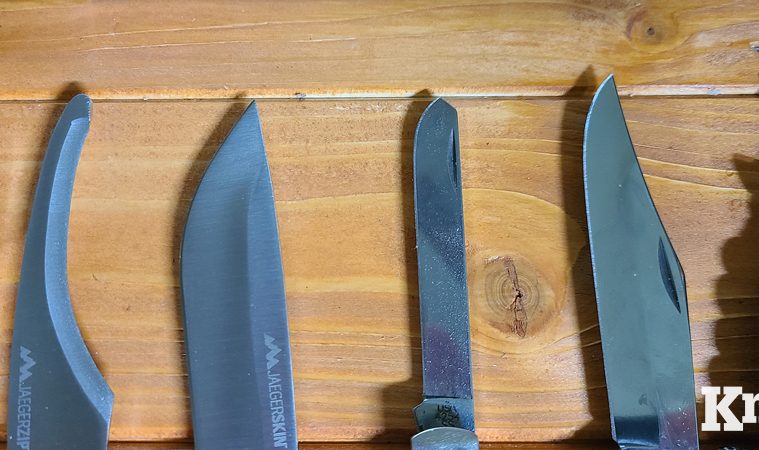 Differences between blade tip shapes and why it matters

To some people a knife is just a knife. To them, it doesn’t really matter what style of tip or blade the knife offers. They typically are just looking for something sharp to cut open the next Amazon Prime package. But, in reality, each style of tip offers a specific purpose.

When a person begins to understand this, then purchasing a knife has just gotten a lot more confusing. What once was thought of as a simple purchase now becomes a complex decision.

Not only do buyers have to figure out what style of knife they want, such as a fixed blade, pocketknife, folding knife, and so on, but they also have to make the decision as to what style of tip they want.

A hawkbill knife has specific uses such as cutting carpet, pruning plants, and other gardening tasks. Shown is the ParaClaw bracelet from Outdoor Edge.

Covering all the options knife buyers have when selecting a knife would take up a small book.

The focus today, however, is to cover some of the more popular knife tips and what practical purposes they serve in your day-to-day activities or in a variety of real-life scenarios that we find ourselves in frequently.

“To some people a knife is just a knife.”

The clip point knife blade features a curved edge on both sides and a thin tip. This knife is perfect to be able to get into small cracks, crevices, or places not easily accessible to other knife styles.

This type of blade takes a portion out of the back, which creates a second curved edge and a thinner tip. It can be used for small or hard-to-reach places.

The clipped edge on the back of the knife is usually concave but can also be straight. This style of blade is easy to control and allows you to use more force and to have more control of the knife when you are cutting.

This knife is not meant for those heavy jobs where a lot of force is required though, for fear that damage to the blade may occur. 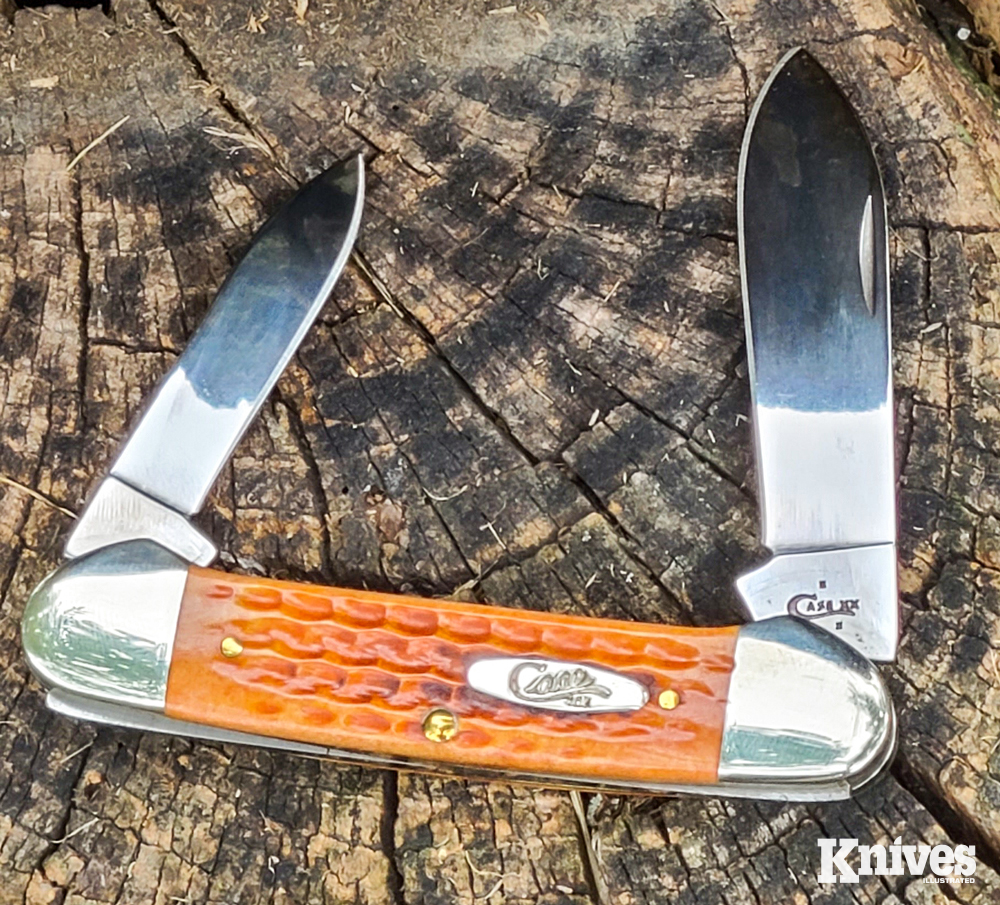 It is possible to find pocketknives offering more than one style of blade. This particular knife has a pen and spear blade.

If you are a hunter, then you likely know what a gut hook is used for. A gut hook tip is just what the name implies. There is a hook on the back of the blade. This style of blade is used for skinning and field dressing game.

When you slice correctly, you will not ruin any meat or puncture the guts of an animal. Just be sure to not cut yourself on the gut hook.

“No matter your needs, there’s a blade and a blade tip to fit your specific task to make your life just a bit easier!”

The drop point knife blade is double-edged, making it perfect for cutting and slicing with its slight curve and a convex curve on the back of the knife. This style of blade is strong, but it can prove difficult to actually pierce anything.

You will find this style of knife in most pocketknives because it can be used in a lot of different everyday activities and scenarios.

The Trailing Point is a favorite among hunters.

The spey knife blade features a straight edge with a curve at the end, a small clip on the back, and a very slight point. It is used for skinning animals of just about any size.

You will find that this knife is a favorite among hunters and trappers who do a lot of skinning on a regular basis.

It received its name, obviously enough, for being a great style of knife when it comes to speying animals. But, like the drop point, it does not have a point, making it almost impossible to pierce anything.

The trailing point knife blade features a long, curved edge on both sides, which then curves upward into a thin point that is capable of stabbing or piercing. This is another favorite among hunters and even anglers as it works very well as a fillet knife.

With the curved edges, the knife easily slices and skins just about any type of game or fish. Users have to remember that the back of the knife is also sharp, so you can not apply pressure to the back of the blade because of the possibility of cutting yourself.

Because the blade is lightweight, it is quite easy to control, and with it being double-edged, it has a wide variety of uses.

The drop point knife blade is double edged making it perfect for cutting and slicing with its slight curve and a convex curve on the back of the knife.

The straight back knife blade features a curved edge and a flat, dull side. It is mostly used for slicing and chopping. You can increase the cutting power of this knife by applying pressure on the dull backside of the blade.

Knives with this style of blade are normally heavier than other blades. The dull back of the blade allows you to safely apply pressure with your hand or fingers without the fear of being cut, and increasing the cutting force to a great degree. 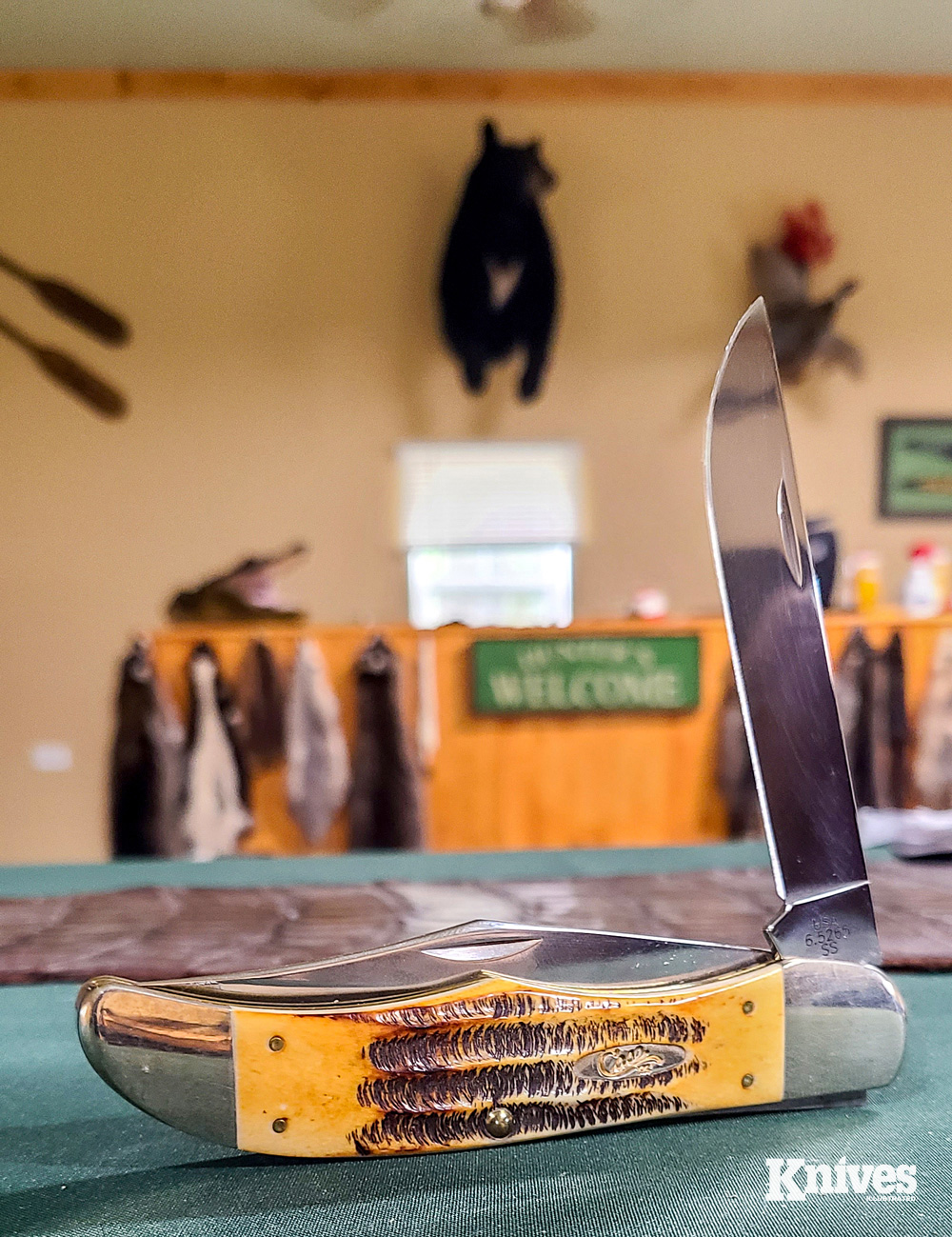 The straight back is often used for slicing and chopping.

The hawkbill knife blade features a curved edge and a mostly straight dull back. Hawkbill knives, sometimes referred to as talons, are characterized by a spine and edge that curve down in the same direction to create a downward-facing point.

It is used for tasks in which you would pull the knife back in the direction of the handle. They have many practical purposes in construction, gardening, field dressing animals, and some knife manufacturers even sell them as a self-defense EDC blades.

This blade can be used for cutting and stabbing and is easy to control. Pressure can be applied against the dull back to assist in tough jobs.

A spear is characterized by a symmetrical blade shape with a point that is in line with the center of the knife. This shape is stronger than the similar needle point and is adept at thrusting.

A spear point can have either one or two sharp edges. You can find spearpoints on knives ranging from your grandpa’s pocketknife to throwing knives and even daggers.

This heavy-duty blade is also a favorite with farmers and anyone else who need to tackle tough materials for their job on a daily basis.

The gut hook is used for skinning and field dressing game.

The pen knife is similar to a spear point blade with the symmetrical curve on both sides of a center spine. However, unlike a spear point, it’s only sharpened on one side, which makes it great when you need to use force and have good control of the knife.

It may also be likely to have a more gradual curve. You are likely to find this in small pocketknives. Because of their versatility, you often see these knives used in Swiss Army knives.

The biggest drawback to these knives is their relatively small size. These are ideal for everyday chores like opening boxes and other such simple tasks, but not for “knife-breaking” heavy-duty tasks. These blades will not stand up to extreme punishment.

The leaf knife blade features a sharp edge that curves upward with a dull spine that slopes downward to meet it. The leaf is called such for its resemblance to the foliage of a plant.

Leaf blades get their name from the foliage of plants.

Leaf shaped blades feature a drastic thumb ramp over the thumb hole and then follow a straight downward slope toward the point. The belly of the blade follows a slight convex curve toward a harsh point.

The aforementioned knife blade tips are just some of the more popular styles among the vast majority of knife users.

Depending upon your work or hobbies that you are involved in daily, you may have to try several types of blade tips before you settle upon the one that works best for you.

However, if you do not know exactly what you need or want, this magazine in your hands now can point (no pun intended) you in the right direction for more advice on this very complex-at-first subject.

Specialty knives, such as this gutting knife from Outdoor Edge, are unique to the manufacturer.

Another good resource is a visit a knife shop—browse around and pick the brain of the owner or manager. Also, hold the knives, get a feel, and really examine the blades in detail.

You should always ask questions about particular knives and let the store employees know your specific needs. In today’s world, there is a knife for just about everything and everyone. The hard part is making the tough choice!

The subject of a single edge versus double edge has gone on for ages. A double edge knife does not have a lot of practical purposes as a tool. It is considered more of a weapon for self-defense than something you would use on a regular basis.

In most states, it is legal to own a double edge knife but not always allowed to be carried on your person because of their weapon-like characteristics.

Another disadvantage of the double edge knife is there is nowhere to rest your thumb to apply pressure like you would on a single edge knife.

There are a few double edge knives that have such a place for your thumb, but it would be too easy for your thumb to slip over the blade and cut yourself.

The single edge knife, on the other hand, is better suited for everyday activities, whether is it at home, work, hunting, fishing, camping, or anywhere else a knife is needed. They come in a variety of sizes and styles to fit any need.

They are also much safer to use and the laws regarding them are much more relaxed. So the choice is yours—choose wisely and enjoy your blade for years to come.

There are numerous other knife blade styles available than those commonly used by most people. The Tanto point is one such example. This blade is inspired by Japanese swords and is considered a tactical knife.

Other good tactical knives include a spear point or needle point blade. Specialty knives include the hawkbill and talon. These styles can be used for cutting carpet, pruning plants and other gardening chores.

The blunt knife tip is another specialty knife used by divers. The blunt tip keeps the diver safe and reduces the chances of accidently cutting a hose that could be deadly when deep underwater.

Jason Houser is a fulltime outdoors writer and has been featured in numerous knife publications and blogs over the years reviewing knives “in the field”, teaching proper knife caring techniques and a wide range of other knife related topics.

Editor’s note: A version of this article first appeared in the KI Buyer’s Guide 2021 print issue of Knives Illustrated.